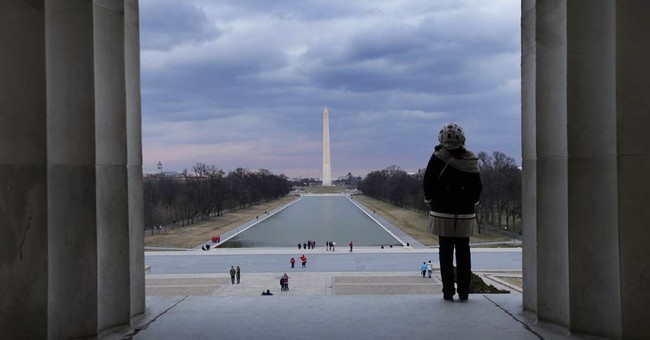 There are many ways to lose freedom -- conquering armies, surrendering without a fight. Unfortunately, we are currently surrendering our freedom, not to a foreign power, but to our own government.

The growth, reach, and cost of big government is happening before our eyes and eroding our liberty, largely because too many Americans are not familiar with the brilliant system of government our Founders established. Progressives prefer a "living Constitution," which is constantly changing to conform to their ideology. What it is not is the Constitution established by the Founders.

In a comprehensive publication, "The Roots of Liberty: Unlocking the Federalist Papers," edited by Scott D. Cosenza and Claire M. Griffin, it attempts to remind us of the Founders' intent and why their vision, if not renewed by each generation, will quickly fade, America along with it.

Tim Donner, president of "One Generation Away," which, according to its website, is "committed to restoring, strengthening and preserving the vision of a free America by applying our founding principles to the issues of today," (and on whose board I serve as an unpaid member), published the book through its Cornerstone Project, says "Roots" has "so far been welcomed by public and private schools in six states."

For those of a certain age, "The Roots of Liberty" will remind us of our high school civics classes, but as government continues to expand and President Obama increasingly ignores the boundaries placed on the Executive Branch, it will serve as a needed reminder of what makes America unique in the world and how it can be quickly destroyed if sufficient attention is not paid to our founding principles.

What should attract young people to "The Roots of Liberty" is that the editors have updated the 18th-century language, using instead paraphrases and modern words that will resonate in contemporary ears, without harming its original meaning.

And Madison's words: "To what expedient then shall we finally resort for maintaining in practice the necessary partition of power among the several departments, as laid down in the constitution? The only answer that can be given is, that as all these exterior provisions are found to be inadequate, the defect must be supplied, by so contriving the interior structure of the government, as that its several constituent parts may, by their mutual relations, be the means of keeping each other in their proper places."

The book then succinctly lists the powers each branch of government is given in order that each branch might be a check on the other. The Founders understood that human nature had to be controlled, lest the temptations of power destroy both leader and country.

Ruling by fiat, as President Obama seems to be doing, like vowing to accomplish immigration reform on his own, even in the face of multiple setbacks by the "checking" Supreme Court, is in violation of the Constitution, as one can read in this analysis of "The Federalist Papers," the philosophical foundation of our constitutional government. Call it America's DNA.

In the chapter "The Powers Delegated to the Federal Government Are Few and Defined," discussing "the doctrine of enumerated powers," the writers say: "By virtue of the doctrine, the Constitution of the United States establishes a government of delegated, enumerated and thus limited powers."

Does this resemble our present government?

In the foreword, the authors write: "The ultimate goal of our project is to strengthen America's civil society by helping our future leaders understand that the principles embedded in the U.S. Constitution are as relevant today as they were when the Constitution was ratified in 1789."

"The Roots of Liberty" will remind Americans of where our country came from and where it is headed if we don't embrace the brilliance of those who bequeathed it to us.

The Dam Begins to Break as Politico Reveals Corrupt Land and Lobbying Deal Involving QuidProJoe and His Family
Redstate
GOP Sen. James Lankford: The White House should give us a copy of Bolton's manuscript; Update: No SCIF, says Schumer
Hotair