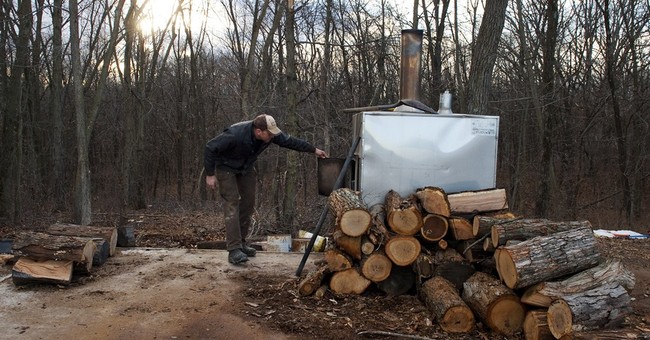 People who refuse to drink the Kool-Aid known as global warming-climate change are not just "deniers"; we are guilty of a "nihilistic refusal" to address the issue. So says a Washington Post editorial commenting favorably on Monday's Supreme Court ruling that allows the Environmental Protection Agency, under certain limits, to proceed under the Clean Air Act to regulate major sources of greenhouse-gas emissions.

The actual nihilists are those who refuse to accept any scientific information that undermines their claim that the globe is warming and humans are responsible for it. Cults are like that. Regardless of evidence contradicting their beliefs, cultists persist in blind faith.

Sometimes one must look to sources outside the U.S. to get a better perspective on what is happening.

The London Daily Telegraph’s Christopher Booker, author of "The Real Global Warming Disaster," writes of climate change denier Steve Goddard's U.S. blog Real Science, which he says shows "...how shamelessly manipulated has been one of the world's most influential climate records, the graph of U.S. surface temperature records published by the National Oceanic and Atmospheric Administration (NOAA)." Goddard, Booker adds, illustrates "...how, in recent years, NOAA's U.S. Historical Climatology Network (USHCN) has been 'adjusting' its record by replacing real temperatures with data 'fabricated' by computer models. The effect of this has been to downgrade earlier temperatures and to exaggerate those from recent decades to give the impression that the Earth has been warming up much more than is justified by the actual data."

Goddard compared the most recently published graphs with "those based only on temperatures measured at the time." He concludes: "The U.S. has actually been cooling since the '30s, the hottest decade on record; whereas the latest graph, nearly half of it based on 'fabricated' data, shows it to have been warming at a rate equivalent to more than 3 degrees centigrade per century."

If that isn't a smoking gun, what is?

Last month, President Obama issued a proclamation for “National Hurricane Preparedness Week." He said, "As the climate continues to warm, hurricane intensity and rainfall are projected to increase."

Except many believe the climate is not continuing to warm (see above) and that there has been no significant warming for 17 years (see more at climatedepot.com). As for hurricanes, USA Today reported last month: "...the nation is enjoying two record streaks for a lack of hurricanes: It's been nine years since the last hit from a 'major' hurricane and also nine years since a hurricane of any sort hit Florida, traditionally the most hurricane-prone state in the nation. ... A 'major' hurricane is a Category 3, 4, or 5 on the Saffir-Simpson Scale of Hurricane Intensity; the minimum wind speed for a major hurricane is 111 mph." (Despite its fury and the high death toll, Hurricane Sandy's wind speeds did not fall under the official category of a "major" hurricane when it touched down.)

The global warmers are the ones refusing to discuss, debate or even mention the growing body of science questioning and in increasing instances disproving their theories. They also mostly ignore news of manipulated climate models and the serious concerns of scientists who no longer believe the climate is changing significantly.

Many in the media, including some newspaper editorial pages, refuse to broadcast or print information that challenges and in some cases refutes arguments about global warming, claiming it is "settled science." It is nothing of the kind, as any open-minded person can see by a simple Google search.

This is about government gaining more control over the lives of its citizens. Already they are in our bathrooms, our cars, our light bulbs and so many other areas that have the cumulative effect of encroaching on our freedoms. Government is not the final arbiter of truth, yet the global-warming cultists worship at its shrine.

Polls show the public has far greater concerns. An April Gallup Poll affirms previous findings: "...warming has generally ranked last among Americans' environmental worries each time Gallup has measured them with this question over the years.

So exactly who are the real nihilists and deniers?