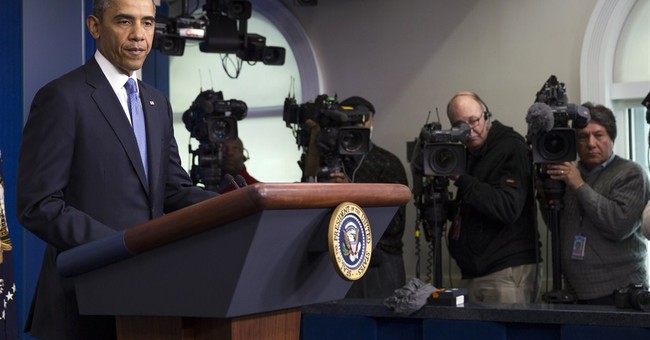 What happened to Malaysia Airlines Flight 370 may eventually be discovered, but there is something else that has been missing for much longer and its "disappearance" has far greater implications for America. It is our foreign policy. Can anyone say what it is?

With Russia's Vladimir Putin behaving like a modern Catherine the Great in his efforts to annex Crimea and possibly all of Ukraine, what is our policy toward Russia, which is behaving increasingly like its former, supposedly dead, communist self?

In a New York Times op-ed column last week, Arizona Republican Senator John McCain wrote: "...Crimea has exposed the disturbing lack of realism that has characterized our foreign policy under President Obama. ... For five years, Americans have been told that 'the tide of war is receding,' that we can pull back from the world at little cost to our interests and values. This has fed a perception that the United States is weak, and to people like Mr. Putin, weakness is provocative."

Secretary of State John Kerry warns of a "strong response" by the United States and severe economic sanctions against Russia if Putin proceeds as he has threatened in Ukraine. Whose threats are more credible? President Obama has retreated on everything from Iraq and Afghanistan, to Iran's nuclear program and his "red line," which Syria crossed and paid no price when it used chemical weapons against its own people. He has even retreated on domestic policy issues, most glaringly on the individual mandate in the misnamed Affordable Care Act.

Not only does the "emperor" have no clothes, he appears to the world as having no backbone and no guts. It's not just a question of military power. It is about formulating, articulating and implementing a consistent foreign policy that is credible and produces results in support of U.S. interests.

Somewhere between Ron Paul's isolationism and neo-con interventionism is what the U.S. should be modeling to the world. Somewhere between John F. Kennedy's noble, but impractical ideal of "pay any price, bear any burden" in the defense of liberty and George McGovern's "come home America," is a foreign policy we should pursue. It's up to the president to articulate that policy and then make it credible by consistently acting on it. John Kennedy also noted, "Domestic policy can only defeat us; foreign policy can kill us."

Former U.N. Ambassador John Bolton spoke last week at the 2014 Conservative Political Action Conference. He said, "Our biggest national security crisis is Barack Obama." Bolton suggested the president allowed the murderers of America's ambassador to Libya, Christopher Stevens, and three others to "get away scot free" after he had repeatedly promised they would be brought to justice.

President Obama, perhaps our most self-absorbed chief executive, has said: "I would put our legislative and foreign policy accomplishments in our first two years against any president -- with the possible exception of (Lyndon) Johnson, FDR, and Lincoln -- just in terms of what we've gotten done in modern history."

Leaving aside his hubris and a debate over whether retreat from the world and pressuring Israel to give up more land to its enemies are accomplishments, what should be concluded from such a ridiculous statement about America's foreign policy?

Former Secretary of State Henry Kissinger has observed: "No foreign policy -- no matter how ingenious -- has any chance of success if it is born in the minds of a few and carried in the hearts of none."

American foreign policy in 2014 hasn't been born, because under this administration it does not even appear to have yet been conceived.