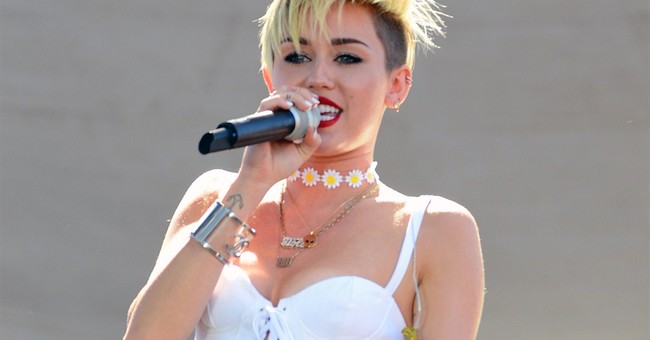 It's the 40th anniversary of Erica Jong's "Fear of Flying," which some have described as a breakthrough book for women and for modern feminism.

Reduced to its common (and I do mean common) denominator, the book, which was written in the appropriately named "Me" Decade of the '70s, encourages women to behave like promiscuous men, having meaningless sex without fear of consequences. "Fear of Flying" gleefully encourages women to engage in the so-called "ZF." Don't know what that means? Look it up.

Henry Higgins' question, "Why can't a woman be more like a man?" has been asked and answered. She can. She is. And it's not a good thing. Some ask, "If the Playboy philosophy was good enough for some men, freeing them from a marital commitment in order to have sex, why not the same for some women?" No reason, says "Fear of Flying." What's good for the goose, right? Everybody into the pool!

Except that it wasn't "good" for men or for women. The fallout from the culture bombs dropped on America, beginning in the freewheeling '60s, continues to infect the younger generation today. Their role models are not parents, or even sports figures, but rather young twits like Miley Cyrus. Even she is nothing new. Cyrus is just the latest desperate exhibitionist in a long list of desperate exhibitionists who'll do anything and everything, usually while nearly naked, to get noticed and talked about.

What was once considered deviant behavior is now accepted and appears to go unchallenged for fear of a lawsuit or public condemnation. Out-of-wedlock births, the glorification of thug life, the cloying, sycophantic fascination with pseudo celebrity, the tacit acceptance of recreational drug use, it's all there on the downward slope to depravity. Cole Porter wrote, "In olden days, a glimpse of stocking was looked on as something shocking. Now, heaven knows, anything goes!" He was ahead of his time.

The main character in "Fear of Flying" is 29-year-old Isadora Wing, who says, "The (ZF) is absolutely pure. It is free of ulterior motives. There is no power game. The man is not 'taking' and the woman is not 'giving.' ... The (ZF) is the purest thing there is."

She's talking about "quickies," a fast sexual encounter for pleasure with no expectation of a call in the morning. No commitment. No conversation. The ZF.

In a worshipful Washington Post article on Jong's book, writer Neely Tucker quotes Shelley Fisher Fishkin, professor of English and director of the American studies program at Stanford University: "It wasn't unusual to have sex talk in a book. It was unusual to have it in a woman's head, in a woman's point of view." Is this the equality women fought so hard for, for the right to degrade oneself on an equal level with unrestrained cads?

Such celebrations of promiscuity rarely examine the consequences of the behavior they promote. One can view the repercussions of doing what pleases nearly every day on "Dr. Phil" where women, especially, are seen suffering from abandonment, abuse and the drugs and alcohol they often turn to, in the false hope it will ease their pain. Many of their children are also addicted to one substance or another and hate one or both of their parents for damaging their lives. Is this who we want to be as a society?

While Washington is consumed about the debt ceiling, America should be concerned about its smelly "sewer ceiling," which is constantly raised with very little resistance.

TV writers put words in the mouths of female characters that would have shocked my grandmother. Modesty is a museum piece. There seem to be fewer men of honor everywhere. When we promote sleaze, we get more sleaze. When we talk ourselves into believing that impropriety is respectable, we corrupt ourselves.

Ancient wisdom from the Prophet Isaiah serves as a warning about the consequences of ignoring what once was called objective truth: "What sorrow for those who say that evil is good and good is evil, that dark is light and light is dark, that bitter is sweet and sweet is bitter." (Isaiah 5:20 New Living Translation)