Is the American Dream Over? 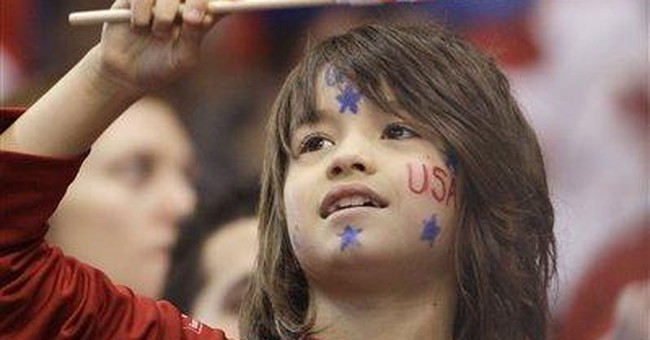 For generations, parents have told their children about "The American dream." Basically it has meant building a life based on the foundational principles that created and have sustained America for more than 200 years. By doing so, one might reasonably expect a new generation to achieve a better life than their parents and grandparents experienced. But what defines "better"? In modern times it has been defined as achieving greater prosperity and consuming more material goods.

At least one liberal writer is channeling Jimmy Carter, implying our best days are behind us and this version of the American dream is over. Writing recently in The New York Times, columnist Bob Herbert says: "However you want to define the American dream, there is not much of it that's left anymore. Wherever you choose to look -- at the economy and jobs, the public schools, the budget deficits, the nonstop warfare overseas -- you'll see a country in sad shape. Standards of living are declining, and American parents increasingly believe that their children will inherit a very bad deal."

Herbert does not assess blame for this, so I will. His version of the American dream -- as opposed to the original dream, which remains for those who would embrace it -- is over for a very good reason. Setting aside war, which was imposed on America, the eclipse of liberalism's American dream has been largely caused by expanding, encroaching, over-taxing, over-spending and over-regulating government. This has produced a country of government addicts with an entitlement mentality. These twin maladies have eroded self-reliance, individual initiative and personal accountability. A monopolistic government school system keeps the poor from achieving their dreams, as many remain locked (thanks to Democrats and their union supporters) in failing government schools, producing graduates (if in fact they do graduate) who lag behind other nations in subjects that matter.

Herbert claims, "We have become a hapless, can't-do society." He says it's, "embarrassing." Is it not the politicians who lead a people increasingly dependent on them who are responsible for this? The liberals among them and their policies are leading us down a path to economic and cultural insolvency.

The creation of a government that is out of control and thus out of touch, robs every citizen, preventing fulfillment of the original American dream.

Anyone who thinks dysfunctional government is going to help achieve their dreams is putting their faith in the wrong place. People who believe a politician of whatever party or persuasion can make their life better than individual initiative are doing more than dreaming; such persons are displaying cult-like faith, which can never be fulfilled.

The rules for achieving the American dream may no longer be taught in and supported by culture, but that doesn't mean they don't work. The rules are known to previous generations: studying and staying in school; achieving at least an undergraduate degree; avoiding drugs that harm your mind and body; getting married before you have children and working hard to stay married as an example to those children and to benefit society; saving and investing for retirement so as not to burden taxpayers and relatives; living within one's means; demonstrating personal honesty and professional integrity, which comes from character developed in one's youth, usually with a sense of right and wrong once imposed by parents and affirmed by culture.

"America will never get its act together until we recognize how much trouble we're really in," writes Herbert. That's true, but more than acknowledging the obvious is needed. We must also understand what got us here and the path that leads upward. What got us here is unrestrained liberalism. What will get us back on the right path is ... (see above).