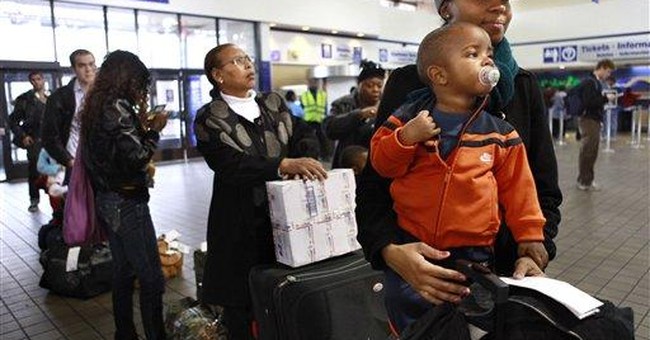 The United States Supreme Court this month heard arguments in a case that could decide whether a child who commits a crime should be sentenced in some circumstances to life without parole.

There can be no question that some minors who murder are unfit to be released from prison for fear they might kill again. But what about crimes that don't involve homicide? Should a 13-year-old be sentenced to life without the possibility of parole? Such a case is now before the Court.

Perhaps if we focused more on redemption, rather than detention, the results would be different.

A study by Florida State University's Public Interest Law Center estimates that nationwide there are 111 inmates in seven states serving life-without-parole sentences for non-homicide crimes they committed as juveniles. The overwhelming majority, 77, housed in Florida prisons. Not many, unless you're one of the 111.

Over the years we've managed to get the punishment part right, but what about the redemption part? Prisoners have few advocates and often feel abandoned and without hope. Clearly there must be a better way when the number of incarcerated grows every year, along with the cost of warehousing them in places that serve as hot houses of despair and training academies for hardened criminals. Many inmates will be paroled and commit more crimes.

I solicited success stories from people who work with teen offenders. One response came from Dr. Scott Larson, who serves on the board of Reclaiming Youth International and is president of Straight Ahead Ministries (www.straightahead.org) in Worcester, Mass. Larson writes, "My wife and I took up to seven youth at a time between 1990 and 2000, and 10 of those youth were locked up for manslaughter charges. Eight of those went to college; none were re-arrested. One is a lawyer and serving as the assistant deputy commissioner of Youth Services in New Jersey, two are counselors at a group home, one is a sales manager of a building company and the other five are working various jobs and doing well..."

Larson says under current law, these youth "would all be doing life sentences (10 to 20 years) in adult prisons, though in each case they were present, but not necessarily the shooter in gang clashes." He says his group also works with members of the Bloods and Crips gangs in Lynn, Mass., "and have seen them reconcile and work for good in their community. Gang violence this past year is down 57 percent in this city, which is the third most violent in Massachusetts."

Last September, ABC News' "Primetime" program did a story on the Missouri Juvenile Justice System and an innovative approach that state is taking that has lowered the recidivism rate to 10 percent, the lowest in the country.

Young offenders are not locked behind bars. The state uses a highly relational approach, including hugs from staff and peer groups who express care and concern for them. In addition to appearing effective, the Missouri model is efficient, costing about half the national average, according to Dr. Larson.

A University of Texas study found more than half the states permit children under age 12 to be treated as adults for criminal justice purposes. According to the study, "in 22 states plus the District of Columbia, children as young as 7 can be prosecuted and tried in adult court, where they would be subjected to harsh adult sanctions, including long prison terms, mandatory sentences, and placement in adult prison." Surely this is cruel and unusual punishment for all but the most violent and psychotic killers.

One size fits all sentencing doesn't and it shouldn't. Isn't it better to attempt to reclaim children headed in the wrong direction than to doom them to life in prison without parole? I think it is. Let's hope the Supreme Court thinks so, too.