Invasion of the Corporate Snatchers 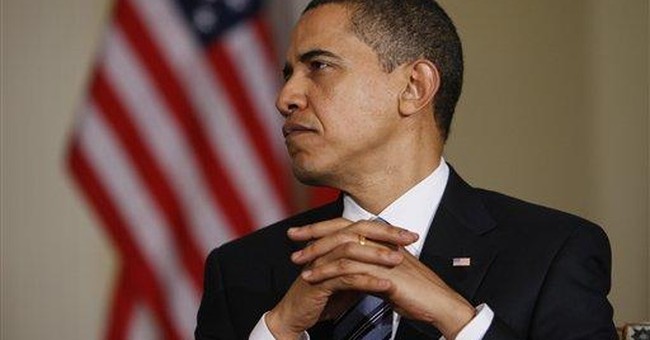 The plot of the 1956 cult classic "Invasion of the Body Snatchers" seems remarkably similar to the storyline of the Obama administration, which is invading, and appears eager to take over, corporate America. Unfortunately, the reality of the threat to American corporations is far creepier than any science-fiction film could ever be.

Here's Wikipedia's plot summary of "Body Snatchers," with my editorial additions in parentheses: "Set in the fictional town of Santa Mira, Calif., (Washington, D.C.), the plot centers on Dr. Miles Bennell (Rush Limbaugh), a local doctor (radio talk show host), who finds a rash of patients (Americans/listeners) accusing their loved ones of being imposters (collectivists).

"Assured at first by the town psychiatrist, Dr. Dan Kaufman, (Barack Obama), that the cases are nothing but 'epidemic mass hysteria,' Bennell (Limbaugh) soon discovers, with the help of his friend Jack Belicec (Sean Hannity), that the townspeople are, in fact, being replaced by simulations grown from plantlike pods (socialism); perfect physical duplicates who kill (regulate) and dispose of (bankrupt) their human (corporate) victims. The Pod People (duped Americans who know little about capitalism and who have fallen for the "punish the rich" class warfare line) are indistinguishable from normal (free market capitalists) people, except for their utter lack of emotion (the modern version is that Obama supporters respond only to emotion and care little about substance). The Pod People (the duped Americans, who have now become socialists without realizing it) work together to secretly spread more pods (socialism) -- which grew from 'seeds drifting through space (Russia) for years ' -- in order to replace the entire human (capitalist) race (system).

"The film climaxes with Bennell (Limbaugh) and his former sweetheart, Becky Driscoll, (Laura Ingraham) attempting to escape the Pod People, intending to warn the rest of humanity (America). They hide; Driscoll (Ingraham) falls asleep and is subverted. With the Pod People close behind, a seemingly crazed Bennell (Limbaugh) runs onto the highway frantically screaming of the alien force that has overrun Santa Mira (Washington) to the passing motorists and then looks into the camera and yells, 'They're here already! You're next!'"

The government, which is decreasingly capable of running itself, will now dictate to corporate America how to run companies. The Obama administration has even promised that government will insure any warranties that might be in jeopardy should GM and Chrysler declare bankruptcy. It is a dangerous precedent that should frighten all of us into opposing the administration's plans with every fiber of our still free beings.

President Obama says the American auto industry will not be allowed to "simply vanish." No, but the direction in which it is heading will require what's left of the companies to manufacture cars even fewer people want to buy, thus requiring the effective nationalization of the automobile industry. If people aren't buying cars from GM and Chrysler in sufficient numbers to make a profit today, why would they buy them when they are even less attractive?

Obama is Jimmy Carter's second term. In 1977, Carter went on television in the midst of an "energy crisis." Wearing a cardigan to signal that it, not natural gas or heating oil, was the best way to keep warm, he spoke to the American people as if our best days were behind us.

Like President Obama, Carter said we had to sacrifice and "learn to live thriftily," no longer spending or consuming as we had been. It was the year the musical "Annie" became a smash hit on Broadway with its optimistic message, three years before Ronald Reagan won the Republican nomination for president, rejecting Carter's pessimism and instead telling Americans that our best days were yet to come.

That's the message needed today. Government can't revive anything. You might as well ask the dead to get up and walk. Americans must revive themselves with the same vision and purpose that has worked in the past. If we don't want an America that resembles the system we worked 70 years to defeat, we had better get to work quickly, because the socialists are already here and they are plotting which companies to target next.

A bigger political voice than talk radio hosts must carry this message. Is there anyone like Reagan out there? Please call immediately before any more companies are snatched away, taking our freedoms along with them.