Byron York
|
Posted: Mar 27, 2019 12:01 AM
Share   Tweet
The opinions expressed by columnists are their own and do not necessarily represent the views of Townhall.com. 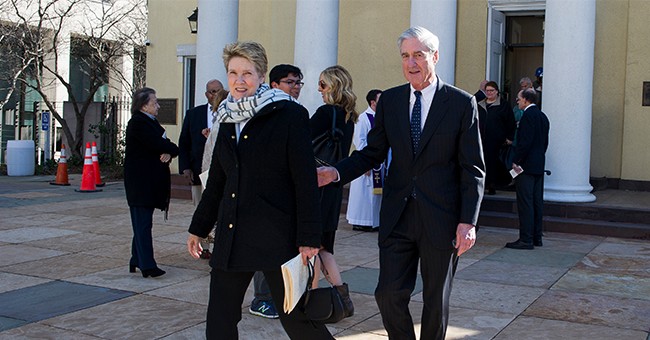 Many Trump opponents were shocked and disappointed by Trump-Russia special counsel Robert Mueller's conclusion that "the investigation did not establish that members of the Trump campaign conspired or coordinated with the Russian government in its election interference activities." Some members of the "Resistance" and NeverTrump communities apparently had a deep emotional commitment to the idea of collusion.

But there was no reason for surprise. For more than a year, Mueller sent sign after sign that he would not allege collusion. Those signs took the form of indictments and plea agreements against key Trump figures that did not allege any conspiracy or coordination between the Trump campaign and Russia to fix the 2016 election.

If those key Trump figures -- Paul Manafort, Rick Gates, Michael Flynn, Michael Cohen and others -- were not involved in a Trump-Russia conspiracy, who was? As it turns out, no one.

The first big sign came in October 2017, when Mueller indicted Manafort and Gates for tax evasion, bank fraud and failure to register as a foreign agent, among other crimes. Prosecutors detailed Manafort's extravagant spending, like a $15,000 ostrich coat, but left out any accusation that Manafort and Gates were involved in conspiracy or coordination with Russia to affect the election.

Manafort and Gates were well-known for dealings in Ukraine that involved politicians with links to Russia. Media reports were filled with speculation that the Ukraine connection meant that Manafort, and to a lesser extent Gates, were part of some sort of Trump-Russia wrongdoing.

But the charges were what they were -- and they did not allege collusion. Gates pleaded guilty, and by all accounts cooperated extensively with prosecutors. And yet with all that information, Mueller did not allege that Manafort or Gates were part of a collusion scheme.

That was an early and significant clue that there was no collusion scheme, but it was a clue that many partisans and media commentators ignored.

Also in October 2017, low-level, short-term Trump foreign policy adviser George Papadopoulos pleaded guilty to making false statements to the FBI about the timing of his contacts with Joseph Mifsud, a mysterious Maltese professor with connections to both the U.S. government and Russia. Although much remains unclear about the Mifsud encounter, the one thing Mueller did not do in the Papadopoulos indictment was allege conspiracy or coordination between the Trump campaign and Russia.

The next big move came in December 2017, when top Trump foreign policy aide Michael Flynn pleaded guilty to lying to the FBI about his phone calls with the Russian ambassador during the transition. Flynn, a retired three-star Army general, was deeply involved in shaping the Trump campaign's foreign policy positions, and, after his guilty plea, cooperated with Mueller's prosecutors. If there were a conspiracy between the Trump campaign and Russia to rig the election, it is hard to believe Flynn would not have been involved. And yet Mueller never charged Flynn with taking part in any such conspiracy.

Other signs followed. In February 2018, Mueller indicted 13 Russians and three Russian companies for trying to interfere with the U.S. election. He did not allege that any Americans were accomplices in that effort.

In June 2018, Mueller indicted Manafort yet again, this time with his Ukrainian business associate Konstantin Kilimnik, on a variety of charges. Still no charge of conspiracy or coordination.

In July 2018 Mueller indicted 12 Russian military officers whom he accused of hacking and distributing emails from the Democratic Party and Clinton campaign chairman John Podesta during the 2016 campaign. Again, Mueller did not allege that any Americans conspired with the Russians.

In August 2018, Michael Cohen pleaded guilty to tax evasion, bank fraud, and other charges leveled by Justice Department prosecutors in the Southern District of New York. He also separately pleaded guilty to a Mueller charge of lying to Congress in testimony about the timing of the abandoned Trump Tower Moscow project. Yet again, Mueller did not allege conspiracy or coordination between Russia and Trump, or the Trump campaign, or related figures like Cohen.

In January 2019, Mueller indicted Trump associate Roger Stone on charges of lying to Congress about details of his contacts regarding Wikileaks. And still again, in his last indictment, Mueller did not allege conspiracy or coordination.

In some cases, Mueller's prosecutors issued what are known as "speaking indictments," that is indictments that told a story, that contained more than the minimum information necessary to level charges against a defendant. And yet in all those indictments, Mueller not only did not allege that this or that Trump figure was part of a conspiracy or coordination -- he never alleged that such conspiracy or coordination ever took place at all.

Mueller's public actions were public, for all to see. The indictments were public, for all to read. Yes, there was some redacted material, but anyone could see, throughout the entire time, that Mueller never alleged conspiracy or coordination. And yet the media speculation machine remained in high gear the entire time, shifting into overdrive any time there was a new indictment or other Mueller action.

And now, some are surprised that Mueller did not allege conspiracy or collusion. They should have been watching more closely all along.