Are Republicans Fooling Themselves About Obamacare? 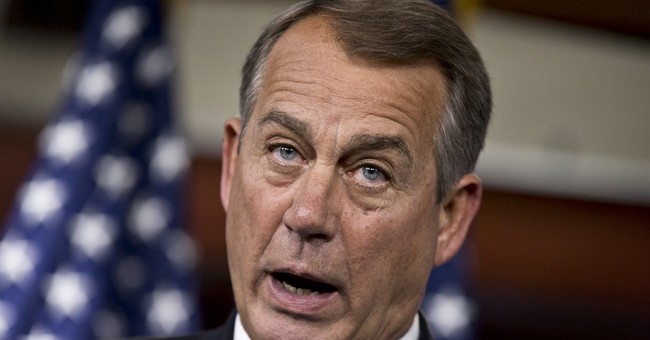 Trending
When Washington conservatives gather to talk among themselves, and the discussion turns to Obamacare -- it happens pretty frequently -- it's not unusual to hear predictions that the president's health care law will "collapse of its own weight." It's a "train wreck," many say, quoting Democratic Sen. Max Baucus. It's unworkable. It's going to be a big, smoking ruin.

Some predict chaos beginning Oct. 1, when the law requires Obamacare exchanges, the online marketplaces in which people will be able to shop for insurance, to be up and running. And maybe that will happen; the day is a little more than two months off, and the administration seems far behind schedule in the work that needs to be done.

On the other hand, a lot of thoughtful conservatives are looking beyond Oct. 1 to Jan. 1, the day the law (except for the parts the president has unilaterally postponed) is scheduled to go fully into effect. On that day the government will begin subsidizing health insurance for millions of Americans. (A family of four with income as high as $88,000 will be eligible for subsidies.) When people begin receiving that entitlement, the dynamics of the Obamacare debate will change.

At that point, the Republican mantra of total repeal will become obsolete. The administration will mount a huge public relations campaign to highlight individuals who have received government assistance to help them afford, say, chemotherapy, or dialysis, or some other life-saving treatment. Will Republicans advocate cutting off the funds that help pay for such care?

The answer is no. Facing that reality, the GOP is likely to change its approach, arguing that those people should be helped while the rest of Obamacare is somehow dismantled.

The administration is fully aware of its advantage. Recently officials invited several prominent liberal bloggers to a special White House Obamacare briefing. From the reporting that resulted -- one headline included the declaration "Implementing the Affordable Care Act is going to be a huge success" -- administration officials are quite confident that, whatever problems arise, Obamacare will be solidly in place after the money starts flowing on Jan. 1.

"Neither Democrats nor Republicans liked to emphasize how much the Affordable Care Act debate was about redistribution rather than health care as such, but there's a lot of money here," wrote Slate's Matthew Yglesias, who attended the briefing. "The law is structured to be financially beneficial to a large majority of people, and the infrastructure is in place to make that clear to a critical mass of them."

Truth be told, many Republicans did note that redistribution is at the heart of Obamacare. But the fact is, the redistributing will begin Jan. 1. And whatever else goes wrong with Obamacare, look for the White House to apply whatever fixes it must to make sure the money keeps flowing.

"The last few months have shown us that the administration will do whatever it needs to do -- whether it is in the law or not, within its formal powers or beyond them -- to prop up collapsing elements and avoid political disasters in the near term," said Yuval Levin, a former Bush administration staffer and one of Obamacare's most perceptive critics, in an email exchange. "That often means pure ad hoc governing where they just do whatever they have to in order to avoid allowing the system's worst problems and failings to become apparent in the near term."

None of this is to say Obamacare won't face huge problems. The most obvious is that it will make things worse for more people than it helps. If that disparity is huge -- that is, if on one side there are many millions of people paying more for coverage than they did previously, losing coverage they were satisfied with, and suffering through great uncertainty, while on the other side there are far fewer people receiving direct government subsidies -- if that happens, then the political fight over Obamacare will intensify rather than fade. But even then, the subsidies are unlikely to go away.

Obamacare could face even bigger problems. The most serious is the so-called "death spiral," which could occur if too few young, healthy people sign up for coverage, dramatically raising the cost of covering everyone else.

But collapse of its own weight? The administration's insurance against that is the billions of dollars that will start flowing out of Washington Jan. 1. Once that happens, Republicans will likely stop talking about Obamacare's collapse and will instead start searching for ways to limit the harm done to millions of Americans.