On Judges, Obama Tells GOP: Don't Do Unto Me As I Did Unto You 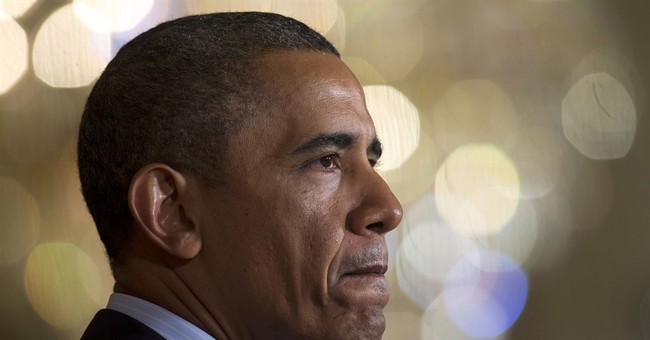 The issue of judicial nominations causes an outbreak of hypocrisy in both political parties, and President Obama isn't immune. In fact, he seems to have come down with a particularly bad case lately.

On June 4, the president went to the Rose Garden to deliver a peevish and lecturing speech announcing three candidates for the U.S. Court of Appeals for the District of Columbia. Noting that it is the president's constitutional duty to nominate judges and the Senate's duty to provide advice and consent, a clearly frustrated Obama said, "Time and again, congressional Republicans cynically used Senate rules and procedures to delay and even block qualified nominees from coming to a full vote."

Obama's claim seemed heartfelt, but it wasn't anywhere near true. As it happens, the Congressional Research Service has just done a study comparing judicial nominations in the first terms of several recent presidents. Among other things, the study noted how long each president's nominees waited from the day they were nominated to the day they were confirmed.

When it comes to the circuit courts of appeals, the level just below the Supreme Court, Obama's nominees have actually moved through the Senate faster than those of his Republican predecessor George W. Bush. The CRS study found that Bush's first-term nominees waited an average of 277 days for confirmation, while Obama's waited 240 days. So not only did Obama's nominees not wait three times longer than Bush's, they actually made it to the bench faster.

As for the U.S. district courts, which have far more seats than the circuit courts, the study found that Obama's nominees have waited an average of 222 days, while Bush's waited 156. So Obama's picks have waited longer before confirmation -- but nowhere near three times as long.

When it comes to district judges, Bush fared better, winning confirmation for 95 percent of his nominees in his first term, compared with 82.7 percent for Obama.

Perhaps Obama has some room to complain on that score, but it's also true that there are some entirely nonpartisan reasons for his lower confirmation rate of district judges. First, Obama was far slower than Bush in choosing nominees and lost a lot of momentum he might have had early in his term. Second, Obama had two Supreme Court nominations in his first term, while Bush had none. Those tend to tie up the Senate Judiciary Committee for months at a time, slowing the other nominations.

But of course, it's true that Senate Republicans are sometimes acting out of partisanship in delaying Obama's nominations. And in his Rose Garden speech, the president conceded that his party has been guilty of that, too. "I recognize that neither party has a perfect track record here," Obama said. "Democrats weren't completely blameless when I was in the Senate."

But it's not just Democrats. It's Barack Obama himself. In the four years he served in the Senate, Obama was an enthusiastic obstructer of Bush's judicial nominations.

According to Senate Judiciary Committee records, there were a total of 122 confirmations during Obama's time in the Senate. Sixty of them were approved by voice vote or unanimous consent. That left 62 roll call votes for confirmation. Sen. Obama missed 13 of them -- busy running for president. But of the 49 confirmation votes he participated in, he cast a "no" vote in eight: two Supreme Court nominations and six circuit court nominations.

So now that he's president, no matter what he says, Obama hasn't had it any worse than his Republican predecessor. Indeed, when one takes away all the umbrage and unsubstantiated statistics, Obama's Rose Garden message to Senate Republicans was very simple: Don't do unto me as I did unto you.