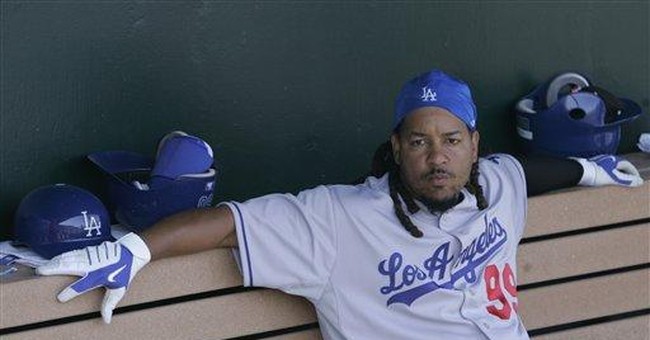 I am one of those people who have loved baseball nearly my entire life. Even though I was born in Chicago and moved to L.A. when I was just a kid, I was never a fan of the Cubs, the White Sox or the Dodgers. Instead, I rooted for the Boston Red Sox, probably because of Ted Williams, who was not only the greatest hitter during my lifetime, but the man who gave up the better part of five seasons to serve his country as a Marine pilot during World War II and again in Korea.

As I grew older, I became even a greater fan because I appreciated the fact that a number of their greatest players, including Williams, Bobby Doerr, Jim Rice, Dom DiMaggio and Carl Yastrzemski, spent their entire careers with the team. However, by the end of 1995, I had grown totally disenchanted with the Sox, and not because they could never get past the Yankees. I was plenty used to that. What I couldn’t accept was their dumping future Hall of Famer Wade Boggs and sending 18-year veteran Dwight Evans off to finish his career with the Baltimore Orioles, while hiring one punk after another. By signing the likes of Jack Clark, Kevin Mitchell and Jose Canseco, they began to resemble baseball’s equivalent of the Oakland Raiders. It was as if they had sent their general manager down to the local post office to check out the Wanted posters on the wall.

When I finally gave up on them, I decided to root for the New York Yankees simply because I prefer the American League and I had always liked Bernie Williams, Paul O’Neill and their newly-signed manager, Joe Torre. Who knew that their young shortstop, a kid named Derek Jeter, would make such a huge difference?

All that being said, if my love of the game hadn’t been of such duration and depth, I would have given up on baseball a long time ago. That’s how much I hated the fact that Commissioner Bud Selig and the team owners didn’t merely turn a blind eye to the widespread use of steroids and human growth hormones, but winked at the cheaters.

Until the likes of Barry Bonds, Sammy Sosa and Mark McGwire, came along, home run hitters like Mantle, Mays, Snider and Schmidt, would hit 40, on rare occasion 50, homers in a season. Even Hank Aaron never hit more than 45. But suddenly 60 became commonplace.

As a result, all sorts of long-standing records were being broken. No longer were 500 home runs in a career such a big deal, and reaching that once magical number no longer guaranteed entry into the Hall of Fame.

Once Congress began holding hearings, Major League Baseball could no longer ignore the obvious facts. Even now, some of us consider the punishments for being found out to be the equivalent of wrist slaps. While I know some fans will regard Manny Ramirez’s 50-day suspension as a big deal, it will cost him less than eight million dollars in lost wages. Considering the fact that being a cheater has helped him earn at least 10 times that much over the past few years in Boston and L.A., it’s not a major loss to the Ramirez family. But, worse yet, thanks to the power of the Player’s Union, the 105 major leaguers who tested positive over the past couple of years might as well be in the Federal Witness Program, except they didn’t have to change their names and go into hiding after testifying against the Mob.

As a result of the Union’s stonewalling, all 750 players in the big leagues remain under a cloud of suspicion even though, theoretically, 86% of them are innocent.

Still, as bad as that is, I recently discovered that the L.A. Unified School District pays 160 teachers to stay home. These are teachers who are being “housed,” as they call it, while their fitness to teach is under review. These people have been accused of theft, drug possession and the sexual harassment of teenage students.

In some cases, the reviews, for some reason, take years to complete. In the meantime, even now when budget cuts are forcing layoffs of other teachers, the cost of keeping this deadwood on salary runs L.A.’s taxpayers $10 million-a-year. That doesn’t include the legal costs run up by the city’s having to fight the Union to get these 160 oafs out of education and into a different line; preferably, the one at the unemployment office.

But I’m afraid that whether we’re talking about baseball, public schools or the UAW, until the arrogant unions show that their concerns aren’t entirely selfish and short-sighted, most people will continue to regard them, at best, as necessary evils or, at worst, as unnecessary evils.