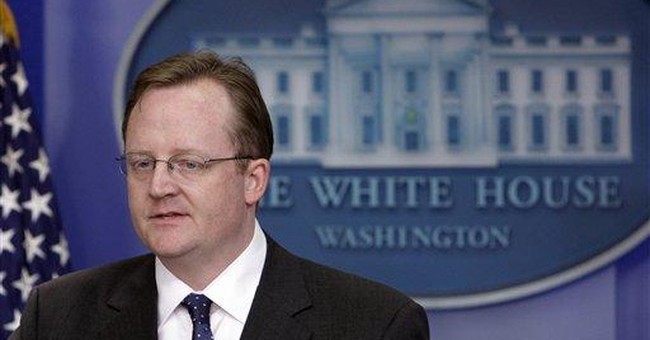 Although I would like to believe that every single article I write springs full-grown from my brain as Athena was alleged to have sprung from the head of Zeus, such is not always the case. Sometimes the notion results from a confluence of events, which is a fancy way of saying I don’t pay for other people’s ideas. I steal them.

For instance, in the past couple of weeks, I received e-mails from two far-flung friends that sparked an observation. In the first, Steve Finefrock of Oklahoma reminded me of the shmoo, a creature introduced over 50 years ago by Al Capp in his comic strip, “Li’l Abner.” The shmoo was a magical little pear-shaped entity that lived only to serve man’s wishes. If it even thought a person was hungry, it would die happily to feed him. It had the ability to taste like chicken or steak, its eyes could be used for buttons and its whiskers made fine toothpicks.

Another friend, Don Melquist of Arizona, reminded me of cargo cults. During World War II, many such cults sprang up in the South Pacific. When thousands upon thousands of G.I.s suddenly showed up on sparsely populated islands, mysteriously appearing from the skies and the ocean, bringing with them food, radios, medicine, watches, candy and Coca-Cola, the villagers naturally thought their prayers had been answered. In much the same way that dogs are said to be awe-struck by the hunting abilities of their masters, who come home bearing armloads of edibles, the natives had good reason to assume that the gods had taken up residence. Long after the war ended, the islanders constructed piers and carved out airstrips in hopes of their return.

It’s difficult to see much difference between the denizens of Dogpatch, the cargo cultists and Obama’s disciples, all of whom seem to believe they’re entitled to health care, day care, food stamps, college tuition, abortions, a house, a car, a plasma TV and collagen-enhanced lips. It isn’t enough that Obama is a messiah for the non-religious and the number one fantasy sex symbol for America’s women and Chris Matthews, he’s also Santa Claus.

When I see what Obama and his elves, Pelosi and Reid, are doing to America, spending money like a teenager who’s stumbled upon Paris Hilton’s Platinum Card, it makes me fear that, thanks to the last election, America has done to itself what no foreign invader could have hoped to accomplish. If we’re not a Third World nation by the time 2012 rolls around, it won’t be for lack of trying.

Sometimes I wonder if we wouldn’t have been better off in the long run if we had remained an English colony. After all, for all the rotten stuff that the Europeans did in Africa, it seems to me they did a better job of educating the people and utilizing the natural resources than the native leaders have done since gaining independence. I’m sure that will be construed as a racist statement, but I’ll stick to it until someone shows me how Africans were worse off under the English, French, German, Spanish, Dutch and Portuguese, than they’ve been under the various black tyrants who have turned the continent into one huge cesspool of ignorance, poverty, slavery and all-around barbarism.

Lest you think I only have it in for black leaders in the U.S. and abroad, let me hasten to say that California, where the majority of leading villains are Caucasians, is hardly heaven on earth. The entire state is one huge asylum, and the inmates running the place are named Barbara Boxer, Dianne Feinstein, Jerry Brown, Henry Waxman, Gavin Newsome and Arnold Schwarzenegger. Although it appeared six years ago that Schwarzenegger would be a big improvement over Gray Davis, it turned out he only had bigger muscles. But, then, so does Barbara Boxer. The fact is we’d have been better off electing Mrs. Schwarzenegger. At least with Maria Shriver running things, we’d have been spared all these years of having to listen to her hubby’s annoying voice.

As most of you probably know, Herr Schwarzenegger and his liberal chums in the state legislature recently hiked state and sales taxes to record heights because they had run up huge deficits in recent years. Things got so bad, the lawmakers announced at one point they were going to fire nonessential state employees. Nobody seemed to wonder why, if they were nonessential, we taxpayers had been paying their salaries for, lo, these many years.

In conclusion, it occurs to me that termites and bees do a far better job of selecting their queens than we humans do electing our leaders.