The Myth of the Indispensable Man 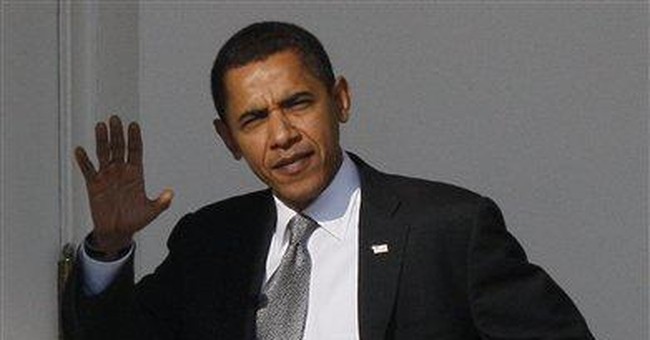 Lately, it seems every time I turn around I hear about some politician or bureaucrat who is absolutely indispensable. As often as not, these people are talking about themselves. And, frankly, if this keeps up, I’m going to have to stop turning around.

The first of these braggarts was New York’s Mayor Michael Bloomberg. In demanding that the city council do away with term limits, Bloomberg insisted that, thanks to the financial crisis, New York needed him, and him alone, at the helm.

When people say these kinds of things, we assume they’re either a Cuban dictator or an inmate at an asylum with his hand tucked in his jacket, claiming to be Napoleon.

In spite of the fact that he was a tax-cheat for several years, Tim Geithner, according to Barack Obama, was the only guy in America who could be trusted to be Secretary of the Treasury, the man whose duties include running the IRS. As I see it, after years of overlooking his own taxes, he will now be charged with overseeing everybody else’s. I guess this comes under the heading of “It Takes a Thief.”

Next we have William Lynn III, President Obama’s choice to be deputy Defense secretary, in spite of the fact that Obama had vowed to make his administration a lobbyist-free zone. Mr. Lynn just happened to have been a major lobbyist on behalf of defense contractor Raytheon Co.

Now I have nothing against Bloomberg, Geithner or Lynn. For all I know, they may be nice guys and maybe even competent. But the notion of being indispensable rubs me the wrong way. Americans such as, say, Aaron Copland, Andrew Wyeth and Tennessee Williams, can be called indispensable to a certain degree because if they’d never been born, “Rodeo” would never have been composed, “Christina’s World” never been painted and “The Glass Menagerie” never been written. But when it comes to mayors, cabinet members and deputy Defense secretaries, I refuse to believe that in a nation this large, we can’t find three other fellows who could do the job, and probably for less money.

Speaking of money, I think Illinois Governor Rod Blagojevich may have been on to something. Understand, I don’t like him any better than you do. But the way I see it, he had a senate seat to fill and he figured he might as well make a few bucks off it. And, really, when you get right down to cases, whoever was going to wind up being the junior senator from Illinois, be it Roland Burris, Jesse Jackson, Jr., or Oprah Winfrey, was going to be a knee-jerk liberal. So what’s the big deal if Blagojevich was going to wind up being able to afford box seats at Wrigley Field, a new Lexus and a haircut?

Frankly, I wouldn’t mind seeing governors selecting all the senators. When you look at a lineup that includes Pat Leahy, John Kerry, Dick Durbin, Robert Byrd and Harry Reid, you know they couldn’t do any worse than the electorate. And if the seats got auctioned off for a million or two, it would be a lot cheaper than it is now. To run for the U.S. Senate in my state costs tens of millions of dollars, and we still wind up with the likes of Dianne Feinstein, she of the thin skin, and Barbara Boxer, she of the tiny brain.

In conclusion, let me just admit that while I totally reject the idea of the indispensable man, I am entirely open to the notion of the indispensable dog. The dog I have in mind isn’t our own Maltese, the philosopher Duke, who first barked, “I sleep; therefore I am.” Rather, it’s a distant relative of his, the Maltese known as Sumo.

It seems that Sumo, who has been treated for depression, recently bit his master, the former French president, Jacques Chirac.

As a rule, Malteses are jovial, light-hearted, happy-go-lucky little fellows. If Sumo is depressed, I suspect it’s only because he has had to share living space with the insufferable Monsieur Chirac, a man who seemed to believe he could walk on water and raise the dead. Which of us, I ask, wouldn’t have bitten him?

Which got me to thinking….if Barack Obama is still looking for a First Dog, might I suggest he consider a Maltese with a French accent?