The Multiculturalism Crisis That Creates and Hides Terrorists 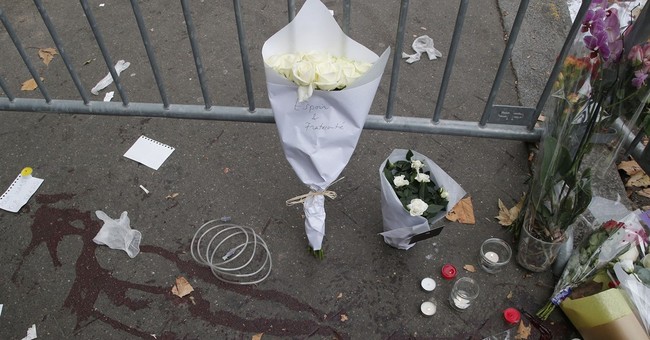 In the wake of the ISIS-backed shooting spree in Paris, France, its important to note that there is a cultural shift that has occurred in France (and is also occurring in the United States) that served as the building blocks for such evil to hide among its citizens. The United States and France are both creating “Pods” of people who, by their nature, hide the terrorists among them.

Until the 1980s, French immigrants were required to assimilate into the culture of France. They had to learn the language and heritage. But political leaders decided, under the premise of political correctness, that all values, cultural norms and languages should be tolerated further stating that it was essentially cruel to force people, from different cultures, to adopt the dominant culture. Last Friday, (November 13, 2015) you observed the mature, yet unintended consequences, that hide beneath the surface, in a country losing its dominate culture at the behest of growing multiculturalism and political correctness.

Multiculturalism, as a political process, is very dangerous. It occurs, on demand, by liberal ideology that creates “Pods” of like-kind people who don’t assimilate into the dominant culture. On the surface, it seems honorable to accept different people from different cultures in the same geographic location without the requirement of assimilation. Pods of people with the same national-origin, religious or racial backgrounds eventually swell to the point there is a culture-clash between them (each Pod) and the dominant culture. A society of people who speak different languages, have different traditions and pursue different values, eventually becomes highly conflicted. Hidden in many Muslim communities are the losers, criminals or illegal immigrants who fail in this multi-cultural war, many of whom are sympathetic to radicals or angry as a result of their circumstances.

The political-movement toward multiculturalism is a reflection of the way liberal-politicians see the World and their general lack of personal generosity. Liberals are not generous. Generous people have a proactive plan to consistently help others and don’t feel as if though they have to solve every problem. Liberal ideology is an arrogant, emotional-reaction to circumstances. It’s selfish and reckless. It overwhelms society. When liberals see people facing hardship, they have a detachment from cause and effect. The result is a reactionary set of incompetent measures that further harm the very people they are trying to help. Resistance is met with anger toward those who don’t agree with them. President Obama proved this assertion, this week, by suggesting that opponents of The United States receiving Syrian Refugees served as “a recruiting tool for ISIS.”

Importing 10,000 Syrian refugees to our country is an example of liberal-selfishness . It’s not an act of generosity by proponents wanting to help the refugees, but a selfish act of self-preservation to rid their hearts of the guilt they feel for not having acted sooner (or even an underlying guilt for a failed, Syrian foreign-policy that caused this crisis). Those of us who oppose the influx of new refugee-citizens aren’t opposed to helping them; we are opposed to risking the security of an entire Country of citizens by allowing ISIS fighters to hide amongst the refugees and take advantage of our goodwill.

There is proof of the foregoing in Molenbeek, Brussels. This is a community (Pod) of Islamic Citizens, segregated from Brussels’ culture that served as the staging point for the Paris Attacks of November 13, 2015, which killed over 130 people. The recent raids in Paris, France, where the mastermind of the attacks (Abdelhamid Abaaoud) was killed, serves as another example. This was a lower-class community with illegal immigrants, refugees and immigrants (all living in a POD) silenced by fear. These are the types of communities where terrorists hide.

What’s already happened in Paris, and most of Europe, is happening rapidly in the United States. And, it’s only a matter of time before it fully-erupts on our streets.

We must pause our efforts to accept refugees and give amnesty to illegal immigrants until we address the challenges these policy decisions have already created in our country. If the new refugees come to America without learning English, heritage and our culture, they will fail. We should reverse this trend and return to a dominate culture of English-speaking Americans, practicing individualism and assimilation, the nature of which created the most successful and generous country the world has ever known.