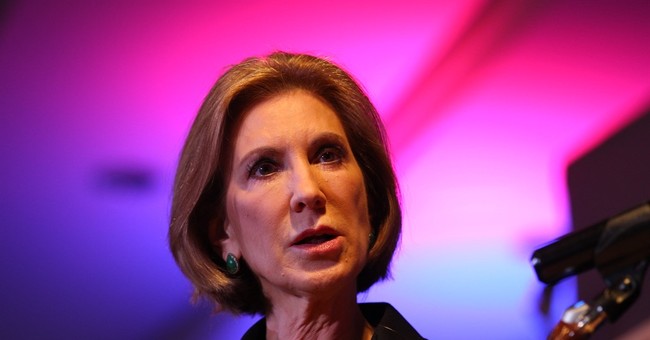 I am a current employee at Hewlett-Packard and I support Carly Fiorina for President of the United States.

I started working for HP in 2003 when Carly was the CEO. By the time I got to HP, the company was already benefitting from the Compaq acquisition, which would later secure HP's leadership position for decades in the PC industry. This would not have happened without Carly’s gumption and follow-through. While Wall Street and tech reporters continued to express their concerns with the merger, those of us actually working in the tech sector understood that the merger was a great move. And Carly was proven right. The HP-Compaq merger made the newly formed HP the largest computer company in the world, besting IBM as the first $100 billion tech company in the world. Even today, HP is still benefitting from the merger. The industry standards servers division, which was a part of the merger, is one of the only divisions at HP showing a profit.

But while the Compaq merger was certainly one of the most famous deals Carly made while at HP, it was nowhere close to the only deal. In fact, after the Compaq merger, Carly negotiated more than 200 deals with other top companies, including Procter & Gamble (P&G) and Ericsson – where I worked at the time. For these two companies specifically, HP “insourced” their IT departments, taking over the day-to-day operations of their global IT infrastructure. Under the deal with Ericsson, approximately 1000 employees moved over to HP and HP took over IT operations in more than 100 countries. The P&G deal was an agreement on a $3 billion, 10-year managed services contract, which included insourcing approximately 2,000 employees from P&G to HP. This deal was extremely beneficial to both HP and P&G, expanding both of their operations that helped both companies. Under the terms of the agreement, HP would now manage P&G's IT infrastructure, including data center operations, desktop and end-user support, and maintenance of P&G's global operations in 160 countries.

These were two of hundreds of blockbuster deals that Carly was very involved in. She provided superb leadership and vision to break the ice for HP in the Managed IT Services industry. This would not have happened without Carly’s gumption and follow-through.

In business, it is crucial to be a strong negotiator – and these deals make it clear Carly Fiorina was one of the best negotiators in the business. She was able to smoothly and fairly negotiate deals to the advantage of the company she was representing, but was also able to leave the other company happy and looking forward to the next deal. That is demonstrated not only by how many companies partnered with HP in one way or another, but by how many of these companies continued their partnerships with HP over the years. This is a trait that is sorely needed in Washington. Those negotiating skills Carly honed in the boardroom will become invaluable to all Americans when she’s in the White House negotiating deals not only with Congress but also with foreign leaders. We live in a dangerous world right now and are facing enemies that have taken advantage of the weak position the current administration has put us in. We need a strong negotiator like Carly Fiorina at the table so America can once again take its rightful place as a world leader.

From my first-hand experience of working with HP and my interaction with HP employees, Carly was incredibly admired and provided strong leadership in a time when it was needed most. She provided a sense of enthusiasm and company pride, which permeated throughout HP. I am proud to support Carly Fiorina for President of the United States.