Confirmation Israel Is Not the Problem 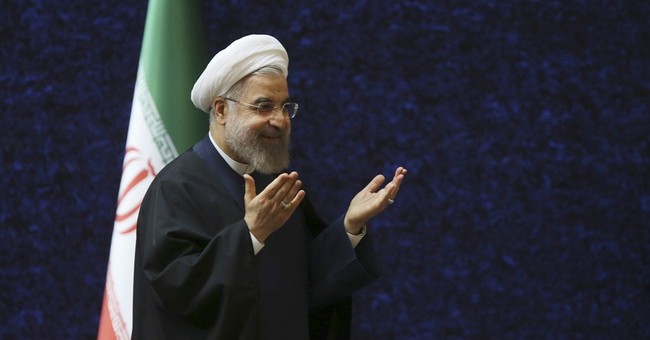 On June 7, 1967, Israel entered the Old City of Jerusalem during the Six-Day War, taking back the entirety of the city that had been the center of Jewish life since 1003 BCE when King David conquered the city. In the most significant mistake of his career, Moshe Dayan did not declare that Jerusalem was now part of Israel and would remain such henceforth. That was the opening that allowed the discussion of what was the Middle East conflict for the next 48 years. After years of prattle we now know Israel has little or nothing to do with the problems of the Middle East.

Since that time various Arab and Persian leaders have cited Israel as the roadblock to peace. The Palestinians have played this card to extract billions of dollars from guilt-ridden Americans and Europeans as the Palestinians conned governments in this extortion game. Yasser Arafat was a master of this despite legitimate offers of peace from the Israelis. Dennis Ross has delineated how President Clinton thought he had negotiated a peace agreement with major concessions from the Israelis. The agreement, which included forming a Palestinian state on 73% of the West Bank, was rejected by Arafat and then he went home and started the second Intifada. The negotiations cost Ehud Barak his position as Prime Minister.

There were two more serious offers of concessions (2001 and 2008) by the Israelis, egged on by misguided Europeans and Americans dreaming that if only Israel relented, established that Palestinian state and ended their “occupation” the newly free people would allow the world to focus on more important issues. The fact that Gaza was abandoned by the Israelis in 2005 and a de facto Palestinian state was formed did not matter. The center of Middle Eastern disruption was those pesky Israelis not letting those fun-loving Palestinians live their lives.

We are now in the midst of a meltdown in the Middle East. Iran, our mortal enemy since the overthrow of the Shah in 1979 and the kidnapping of 52 American citizens, attempts to spread its influence throughout the region. They chant death to America and Israel and the Israelis are the only ones who believe them. At least that can be said for the highest levels of our respective governments.

Yet, our elected leadership has been bamboozled into believing that somehow Israel is at the center of this entire matter. Our president and his team of negotiators are attempting to achieve a workable agreement with Iran while he whipsaws the Israeli Prime Minister and his entire country.

Let us just imagine for a moment that Israel did not exist. Would ISIS still be on the march? Would Hamas and Hezbollah still be in existence? Would the Houthis have driven the American-backed government out of Yemen? The answer to all those questions is yes because they are all Iranian-backed groups (except ISIS) controlling countries in alliance with Iran. Just substitute the brutal Assad regime in for ISIS and you have a quintet of deadly organizations with Iran at the center. They may head fake with “Death to Israel and the Jews,” but it is nothing more than a head fake.

The Middle East is not the easy area to define, but we do have friends there. Those friends, led by Saudi Arabia, have formed an alliance. That alliance includes nine other countries including some of our closest allies in the region (Jordan, Kuwait, Egypt, Morocco, United Arab Emirates and Bahrain). They have forged together to fight the Iranian hegemonic move to take over Yemen and I suspect other actions going forward. And, by the way, they are all against the pending agreement between the Europeans, the U.S. and Iran. None of them are carping about Israel being the problem. In fact, Israel helped the Saudis in Yemen.

For some reason our president who is putting pressure on Israel just so he can create an agreement with Iran that none of our Middle East allies want, in addition to the Israelis. President Obama threatens Israel with not backing them in the UN and pulling funding if the Israelis build any more housing in the West Bank. At the moment when our Arab allies have abandoned any notion that Israel’s disputes with the Palestinians really matter to the Middle East, our President clings to this misguided concept.

The Israeli-Palestinian conflict has been laid bare for what it is at its core. It is a group of people (Palestinians) who are exploiting other countries for guilt money while pleading victimhood. Peace in the Middle East never hinged on resolution of the conflict and peace would not come with the formation of a Palestinian state.

President Obama needs to recognize this defining moment. He is truly on the wrong side of history. He is so interested in punishing the Jews and Israel that he is willing to abandon all of our Middle East allies to create a deal with a group of people who hate us. He should be crushing them and exalting out traditional allies.

Oh, and, by the way, the Arabs and Iran could not give two licks about the Palestinians.