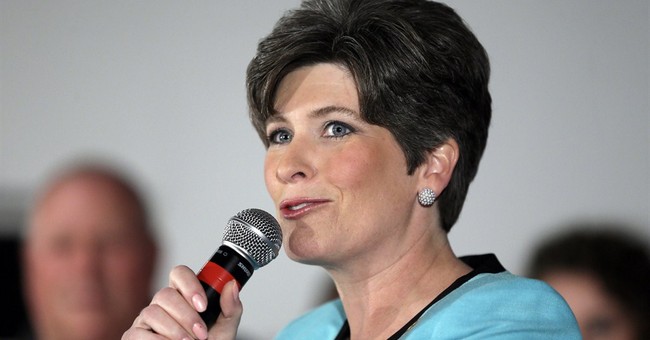 Unlike the gracious Republican winners on Tuesday night, I am going to be giddy like Joni Ernst. Yeah, Baby! The Republicans won big time and maybe even bigger than you may have thought. The Undertaker is no longer there to destroy the U. S. Senate and it will be in the last two years of his term where he would have to choose to run again

at the age of 104. The House, the Senate, the whole country. This was not as good as November, 1994, but it was damn close. The Republicans are in charge.

I told people we were going to have control of the Senate on Tuesday night. I had said 8-10 seats and we are going to end up with nine after Bill Cassidy wins his runoff in Louisiana. But why would everyone believe me when even Fox News was talking about how close things were in the polls. Alison Grimes was never going to beat Mitch McConnell. I told people that nine months ago. It was close in Arkansas, Iowa, and Colorado. Baloney; Cotton, Gardner, and Ernst had those in the bag. And what about Tillis being down four points to Kay Hagan? So much for that vaunted Democrat turnout machine and the undercounted Democratic vote. The polls were so off that Professor Larry Sabato is calling for an investigation of how slanted and incompetent they were. I even told people Ed Gillespie was not running in Virginia for his health and people looked at me like I was nuts.

What about those governorships? Scott Walker won and big. That is great for America and what Republicans stand for as a party. He took on the unions and won again. Now teachers can be in the union or not which means freedom to choose. His actions are saving taxpayers hundreds of millions of dollars. There were 36 races, most of which were Republican, and they lost one where they had an incumbent up – Pennsylvania. The two Ricks won – Snyder in Michigan and Scott in Florida. They won the gubernatorial races in Illinois, Massachusetts, and Maryland. Think about that. Can you think of three more liberal states? This was a clear statement that Americans like what Republicans are doing at the state level and dislike what the Democrats’ policies are that are affecting their daily lives. Republicans almost won in Connecticut and Colorado; wouldn’t that have been marvelous. They now control at least 31 state houses and at least 63 out of 98 houses in state legislatures, adding control of at least eight legislative branches.

I had been telling people that the supposed War on Women was not really going well for the Democrats. Before the election Republicans had 29 governorships, a majority of states where they had both houses of the legislature, a solid majority in the U.S. House, and were soon going to take over the U.S. Senate. The War on Women did not seem to be going well for Democrats as a theme. Now Mark Uterus has been retired from the U.S. Senate by Cory Gardner and only NARAL will be pushing that theme any longer. Democrats act like the only thing women want to do is have indiscriminant sex and then run to see an abortion doctor. Republicans actually believe they are more interested in their education, careers, and families.

If you believe the Daily Beast you now know where America stands. They stated “The election showed that working-class and blue collar whites think the Democratic Party is implacably against them. Oh, by the way, Obama is toast.” Yes, on both counts. When you keep pandering to get the Black and Hispanic vote and naysaying the “white establishment,” at some point people are going to realize you are not with them. The millennials who have been grossly neglected by Democrats and have had over half a decade of their young careers destroyed by their economic policies will soon wise up and switch their allegiance.

How did things go for our “next president” Hillary and her intrepid husband Bill? She lost the governorship of her home state of Illinois and they got skunked in their base state of Arkansas where they got wiped out. The only candidate their campaigning may not have harmed is Shaheen in New Hampshire. Not as bad as Obama who is the first sitting president to lose the reelection of his home state’s governor since 1892. That was Benjamin Harrison who I am sure you all remember.

The country had a brain fart and elected a totally unprepared and unqualified demagogue to be our president. We will now see if he will divorce himself from his cocoon where Valerie Jarrett whispers into his ear how brilliant he is and Gwyneth Paltrow swoons about how handsome he is and do something about moving our country forward. We will see if he can at least fake being humble and gracious. So far that has not struck him as a pose he can adopt. He is justifying the characterization of him as a narcissist.

Please stop asking me whether the Republicans are going to govern. Yes they will and quickly. We will soon see a Congressional budget which the Undertaker only allowed to be done one year of his dismal reign of the past eight years. There will be plenty more bills that will actually help the average American and their families.

But for the moment let’s focus on Tuesday night.

I felt a rush like a rolling ball of thunder. Spinning my head around and taking my body under. Oh, What a Night!