Brion McClanahan
|
Posted: May 07, 2016 12:01 AM
Share   Tweet
The opinions expressed by columnists are their own and do not necessarily represent the views of Townhall.com. 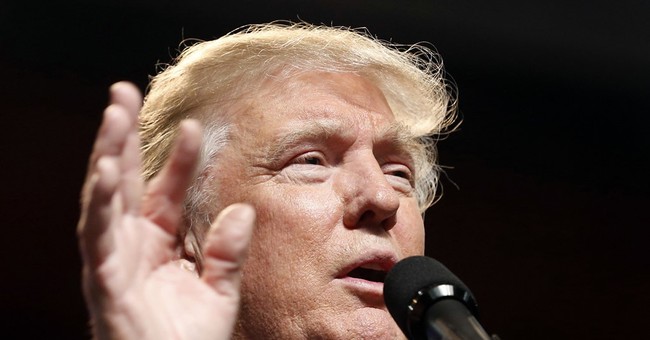 Following Ted Cruz’s announcement that he was suspending his campaign, the political world began the process of decompression and evaluation. Donald Trump will be the Republican nominee.

For some, this was a time of jubilation. Others appeared to be one step from the ledge.

But the interesting articles were those proclaiming a new direction for conservatism in America.

Jeffrey Blehar at the New York Post opined, “The Republican Party is effectively over.”

Ross Dothat at the New York Times labeled Trump’s ascendency to the nomination as “The Defeat of True Conservatism.”

David French at National Review has called Trump worse than Hillary Clinton because Clinton would be better and more predictable (meaning more in line with establishment conservatism) on most issues than Trump.

There were others who said the same thing, and while some may wonder what course the Republican Party will take from here or where they fit within this “new” Republican Party, there is one thing each of these articles misses: Trump is not the antithesis of American conservatism. His victory over seventeen other wannabes was made possible by his public pronouncements in favor of American conservatism.

As I have repeatedly pointed out, Trump’s foreign policy is much preferable to the Wilsonian internationalism that has infected both mainstream political parties, and it is traditionally conservative. Ted Cruz would have been no different from Hillary Clinton. This is why some in the establishment could get behind his nomination. He was one of them, willing to bomb away and maintain expensive American foreign adventurism. Neoconservative pundit Jennifer Rubin recently tweeted that she worries about Ron Paul as secretary of state in a Trump administration. That would be a good start. If that were to come to fruition (highly unlikely based on Paul’s opinion of Trump), good-bye, American global empire. We can’t afford it anyway. Trump has realistically said, “We’re broke.”

Of course, Trump has taken the most heat over his positions on social issues. While in North Carolina, he criticized the state’s “bathroom law,” and has shown inconsistency on abortion, same-sex marriage, and other hot-button social issues.

At the same time, he emphatically denied that the general government has any role in the “bathroom” issue. His opinion on the transgender restrooms is irrelevant, as it is on abortion or same-sex marriage. The president is not constitutionally able to be the moral police of America, and rightly so. That path leads to Barack Obama and the current social justice crusade. Want four more years—or four more administrations—of that?

Which brings us to the questions, what can the president constitutionally do in office, and what are Americans hoping to conserve?

Trump’s laser-beam focus on immigration, foreign policy, and trade are truly national issues that affect every American regardless of state, and issues that the president has some constitutional responsibility for his positions on all of these issues are traditionally conservative.

That said, Americans should not want a president who takes detailed stances on issues that are out of the scope of federal power. Education, the environment, “religious liberty,” bathrooms, marriage, crime, and “everything of a domestic nature” are purely under the purview of the states, as the founding generation repeatedly stated during the ratification of the Constitution.

The president can certainly have an opinion, but saying, “We need to give power back to the states” is not something the president or the general government has the ability to do. Only the states can—and must—do that within their own legislative chambers. Federalism is the real answer to the American political crisis for those on both the Left and the Right, and Trump has shown he is willing to let the states take the lead on a host of issues where the federal government has no constitutional role.

The president was never designed to be the legislator in chief. The founding generation made that clear, but unfortunately, Americans have come to expect that type of role at their own peril.

“True” American “conservatism” cannot be saved by the executive branch or the Republican Party. It can only be preserved in the family, the home, the small town, and the political communities that make up America, what truly makes “America great.” When Americans subscribe to a national prescription as a remedy for all that ails us as a people, they unknowingly invite the type of executive abuse we have weathered for the past twenty-eight years.

If Americans wish to “conserve” anything, it should be hearth and home, freedom to have your local political community reflect your values, and the possibility of upward mobility unrestrained by unconstitutional federal regulations. It should be a revival of the rugged individualism that provided the blood and sweat of American greatness. More than anything, Trump has tapped into these values. The establishment can’t stand it.

Trump’s victory has made establishment “conservatives” angry. It may even signal the demise of the Republican Party (I doubt it). It may drive some people to support Clinton or a third-party alternative in the general election. But it won’t destroy American conservatism. Trump has, whether the establishment wants to recognize it or not, rekindled it.

National Review and The Heritage Foundation have done a remarkable job fattening their coffers by supposedly “defending” American “conservatism” from outside attacks, but where are the results? George H. W. Bush? Bob Dole? George W. Bush? Mitt Romney? What did eight years of George W. Bush conserve? It certainly led to Obama. Both men “screwed up America.”

It almost appears that these “mainstays” of American “conservative thought” want to keep losing. That keeps the donations rolling in. Trump is another opportunity to pad the bank account. After all, these institutions believe that they are the only acceptable gatekeepers of “true” American “conservative” thought.

In less than a year, Trump has done more to invigorate the American Right than any candidate in the last thirty years.

Perhaps that is why the establishment can’t stand him.

But Trump stole their thunder. He stole American conservatism. In the process he stole their nomination.

And as Andrew Sullivan has now openly feared, he just might win the election.