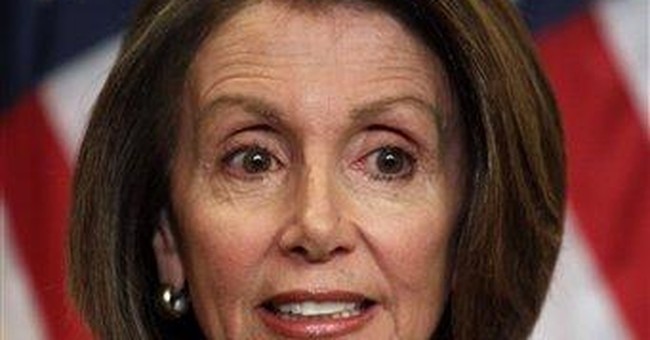 While serving on the House Appropriations Committee, Nancy Pelosi used the mantra that, “You can’t always get what you want, but if you try sometimes, you get what you need.” She was being honest, particularly in regard to what she “needed” from the United States taxpayer. Recent reports suggest that as Speaker of the House, Pelosi has racked up millions of taxpayer dollars in travel expenses on military aircraft for not only herself, but also family members unaccompanied by any congressional delegates. These expenses included booze and food for herself and her guests. It seems that many Americans shrug off this type of abuse of taxpayer dollars—the story has been virtually swept under the carpet—but the founding generation warned against this type of activity and at times made living very uncomfortable for members of Congress.

During the Constitutional Convention in 1787, Roger Sherman of Connecticut observed that he “was not afraid that the legislature would make their own wages too high, but too low, so that men ever so fit could not serve, unless they were, at the same time, rich. He thought the best plan would be, to fix a moderate allowance [and]…moved that five dollars per day be the sum, any further emoluments to be added by the states.” This was the general consensus at the Convention. No one worried that the Congress would appropriate too high of a salary because they all generally understood that the public money should be carefully guarded and frugally spent. In fact, the first Congress appropriated a per diem rate of $6 or roughly $116 current dollars for time in session. If Congress met 200 days a year, that would equal a salary of approximately $23,000 current dollars, a figure that pales in comparison to the $174,000 current members earn for their service. And, Pelosi earns $223,000 for her role as Speaker of the House. Certainly, when the average American earns around $43,000 a year, this figure would exceed the “moderate allowance” Sherman and other members of the Convention conceptualized in 1787.

Of course, these salaries are in addition to the several “perks” that members of Congress receive at the expense of the American taxpayer. These are well documented, but include health club and limousine services, superior health insurance and pension plans, franking privileges, staff allowances, and payment for fine furnishings and foliage. Travel expenses are typically picked up by the American taxpayer, as in the case of Pelosi’s extravagant trips, and the Air Force is often used as a personal chauffeur service for members of Congress, their families, friends, and staff. How many Americans would love to travel to Europe, China, South America, the Caribbean, or even parts of the United States for free or have a $2 million travel expense account?

The members of the Constitutional Convention also argued that travel to and from the Congress should be paid at least in part by the States. Salaries in the early federal period rose only slightly, and until 1855, Congressmen were paid per diem. Members of Congress often had to lodge together while in Washington and the living conditions were hardly five-star. They complained incessantly about the weather, poor roads, bad food, and typically lousy atmosphere. Washington was a swamp, and many men thought an unfit place to have a government. Alexander Hamilton, famous as the “big government” member of the founding generation, had a one person staff as Secretary of the Treasury, and worked in Spartan conditions on worn furniture. Congressmen wrote their own speeches, did their own homework, wrote their own bills, and generally tried to avoid being in session as much as possible. The federal government had a limited role to perform and the sooner these men could get home, the better.

Perhaps that is how Americans wanted it. If Congressmen were too comfortable, their time in session may be more productive, meaning more laws, more taxes, and more regulation. Higher salaries and better “perks” have led to the professional politician, something the founding generation hoped to avoid. Several men in that generation had long careers in public service, but they considered themselves to be planters, businessmen, or soldiers first and foremost. They never “ran” for office and never received substantial compensation for their time in government. Abigail Adams complained that her husband’s “salary” as Vice President could barely pay the bills, and of course when John Adams left Washington in 1801 after being ousted from the executive office, he took the equivalent of a public bus back to Massachusetts.

No one would argue that members of Congress should receive a “moderate” compensation for their service, but without popular or State checks on Congressional salaries and “perks,” the term “moderate” has been defined by Congressmen themselves. Pelosi’s $2 million joy rides at the expense of the American taxpayer are but one example of abuse, and they are not confined to party affiliation. Congress will never reduce its own salary or substantially reform its “perk” system. Several members of the Constitutional Convention wanted members of Congress to be paid by the States, thus allowing the people of the States to determine salaries and compensation. This was defeated for the simple reason that the Framers worried States would starve the federal legislature and withhold representatives, but perhaps that type of policy should be reconsidered. The States could interpose their sovereignty and refuse to hold elections (and pay for them), or two-thirds of the States could call for a Constitutional Amendment to reduce compensation and change the “perk” system in Washington, but without drastic action by the State legislatures, members of the Congressional aristocracy will continue to be propped up by the American taxpayer with the ultimate result being more legislation and more government intrusion. If members of Congress had a “moderate” salary with fewer perks, they probably wouldn’t have the time or money to fly around the world or hold hearings on everything under the sun. They would return to being the citizen legislators that the founding generation envisioned.