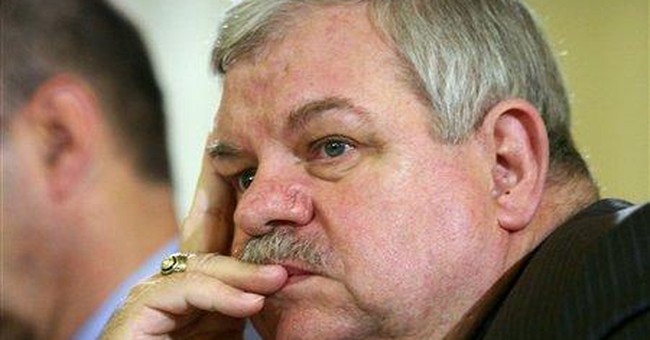 With ten days to go until Election Day, it looks like President Obama’s home state of Illinois is becoming increasingly treacherous territory for Democrats.  In the state’s Seventeenth Congressional District, incumbent Democrat Phil Hare has found himself trailing small business owner Bobby Schilling in a majority of polls released over the past few weeks.  Recent developments have included non-partisan political handicapper Charlie Cook moving this race to “Toss Up” in September and Real Clear Politics changing their rating to “Leans GOP” just a few days ago.

As local support continues to erode for Hare, it’s clear that Illinois families have had enough.  His support for Nancy Pelosi’s liberal agenda has lead only to painfully high unemployment back home while creating jobs overseas.

With Schilling campaigning hard to close out the campaign, his message of bringing fiscal conservatism and common sense to Washington is resonating.  In a startling change of heart from previous campaigns, only 35% of IL-17 voters in a recent survey said that Hare should be reelected.  It looks as if real hope and change will be reaching Illinois on November 2nd.

Illinois might be the home state of Barack Obama, but those who call its 17th Congressional District home have lost confidence in our President’s agenda—and the lawmakers who vote in support of it.  Incumbent Phil Hare, first elected in 2006 as the hand-picked successor to Lane Evans, has certainly got his work cut out for him this time around thanks to Republican Bobby Schilling.

The 17th Congressional District stretches along Illinois’ western border, taking the entire Mississippi River border with Iowa almost to St. Louis.  The expansive region includes more rural Macoupin County as well as areas such as Rock Island and East Moline.  Considered somewhat reliably Democratic since the early 1980s, this district is one of the few blue spots in the sea of rural American red districts-- Al Gore, John Kerry, and Barack Obama have all carried this district.  While it seems more natural for Obama to have declared victory in this district since Illinois is the state he calls home, the 17th District has a Cook Partisan Voting Index of only D+3, meaning that this is by no means a district that is far out of reach from a Republican victory.

This spells trouble for incumbent Phil Hare.  Hare began his stint as an Illinois lawmaker in 2006 after longtime Representative Lane Evans announced that he would not seek re-election after 13 terms.  In Hare’s two terms, however, he has forgotten what it’s like to be from Illinois, as he is every bit immersed in the infamous Washington bubble—the one that prevents those that work there from having any actual sense of reality.  Case in point: Hare has gone on record numerous times as saying he believes the failed stimulus has been successful.  When the vast majority of the country believes it has fallen well short of the grand expectations it was passed under, Hare’s steadfast support exposes his detachment from the average American.  He quickly became a reliable puppet of Democratic leadership as he also provided key votes for the government takeover of healthcare and cap and trade, better known as the new National Energy Tax.  Even more appalling is the fact that Hare quickly fell in step with the so-called ethics displayed by the rest of his party as he was quick to ensure as many earmarks for his district as possible.  It’s really no wonder why polling shows this race virtually tied.

Hare’s Republican opponent Bobby Schilling is looking to capitalize on Hare’s misplaced loyalty.  Shilling, a restaurateur, is quick to realize that keeping money in the pockets of hard working Americans stimulates a stagnant economy and spurs job creation.  The father of 10 children, he can attest to the panic parents feel for their children as they’ve watched Democrats bankrupt generations to come by expanding our $13 trillion debt.  Just like the rest of the country, he is disgusted with how health care reform was passed and is determined to restore the integrity that has long been missing from Congress.  To Schilling, that means that 1,000 page long bills that are not read in their entirety before they are passed must not happen.  To pass a bill so carelessly is a failure of the Democratic process that this country has stood on for generations.

Voters have a choice this fall between two things: re-electing someone who has lost touch with what his constituents need, and sending someone to Congress who is willing to take a stand for his district’s best interest.  If voters choose Hare, they will continue be ignored.  If they choose Shilling, they will see results.