2010 Race of the Day UPDATE: Dems Not Looking Bright in Alabama 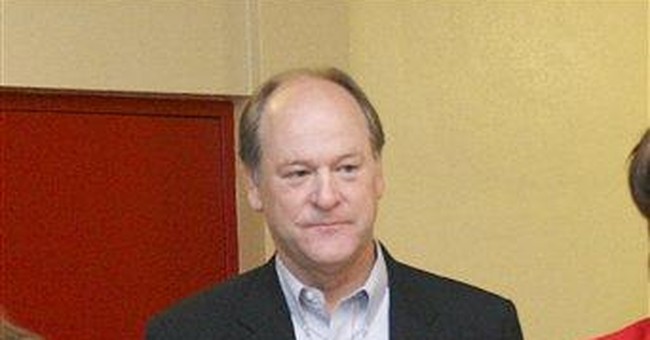 There have been several breaking developments in the race for Alabama’s Second Congressional District in just the past few days, and incumbent Democrat Bobby Bright has found himself in a spot of trouble.

Trailing Republican Martha Roby in the latest poll, it was reported this morning that a number of donors to Bright were recently indicted in an FBI bribery probe in Alabama.  The money comes from sources accused of buying and selling votes, with one of the individuals in question having served as a key supporter during Bright’s 2008 campaign.

And what kind of response do you think Bright gave to these issues?  Well, in a classic attempt at bait-and-switch, he backtracked on a comment last month that he doesn’t regret supporting Nancy Pelosi in her bid for Speaker and today proclaimed he would not cast a vote for his leader again.  So much can change in just a few short weeks, but his constituents won’t be easily fooled at this attempt to distract them from the facts.

Luckily, voters have the chance for real change in 25 days when they take to the polls and can support Martha Roby – a starkly different representative than Bobby Bright.

Democratic incumbent Bobby Bright has plenty to worry about in the upcoming race for Alabama’s 2nd Congressional District. While securing his 2008 election by only 50.23% of the vote to his Republican challenger’s 49.61%, the freshman Representative is going to need more than campaign cash funneled by national Democrats to stop Republican Martha Roby. Not only did Roby achieve Young Gun status, the top level of the National Republican Congressional Committee’s Young Guns program, she also won an overwhelming 61% of the vote in yesterday’s runoff. Before the narrow upset in 2008, Republicans had held on to the seat for more than four decades, explaining the district's R+16 Cook PVI rating.

Located in the southeast corner of the state, Alabama’s 2nd Congressional District covers most of the city of Montgomery, and extends south to the Wiregrass towns of Dothan and Andalusia. This mainly rural district encompasses 16 counties and has been strongly Republican for decades. Even though Bright secured the House seat by a mere 1,790 votes, McCain won with 63% just four years after George W. Bush carried the district with 67% of the vote. These numbers show that Republicans have a great opportunity to take back AL-02 this November.

During his first and hopefully only term Bright has gone against his self-proclaimed "Conservative Democrat" label by voting for Nancy Pelosi’s liberal agenda 72.3% of the time. While he did not vote for ObamaCare, he has consistently declined to support repeal of the bill - which will cut Medicare, increases taxes and paves the way for government-funded abortions. Another recent flip-flop: Bright initially supported Arizona's new immigration law. But The Washington Post reported Monday that Bright is now opposed to the measure.

Martha Roby is a Montgomery native and member of the city council, winning her second re-election with 82% of the vote, and is the perfect candidate to take back this congressional seat.  She is a proven conservative, who recently outraised Bright over the last reporting period. Unlike the incumbent, Roby will fight to keep the government out of private healthcare programs and will work to get rid of this overpowering, government-run plan - giving more choice to the people and maintaining the quality of care that makes ours the best healthcare system in the world.

With the election less than four months away it is crunch time for Bright to prove he is anything but a Pelosi-Puppet who gives tacit support to a failing agenda and refuses to listen to his constituents. With his track record on ObamaCare and close voting history with Pelosi, Bright’s going have a hard time convincing the people of Alabama that Martha Roby can’t do a better job.