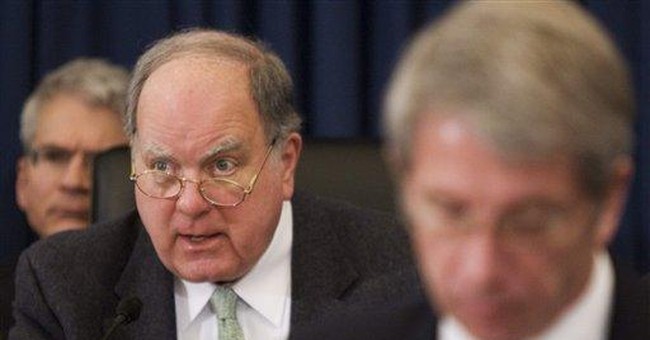 With Election Day just four weeks away, the polls in Oregon’s Fifth District are tightening and Republican Scott Bruun is within striking distance of Freshman Democrats Kurt Schrader.  As the campaign kicks into high gear, Schrader is seeing his consistent support for the failed policies of Washington Democrats is becoming more of hindrance than he could have imagined.  His backing House Speaker Nancy Pelosi’s agenda – which he does 97 percent of the time – has only led to bloated budgets, rising deficits, and an unemployment rate of over 10% in Oregon.

Voters have clearly had enough as Bruun continues to pick up support.  Over the summer, he won the support of the Independent Party of Oregon in spite of Schrader’s best efforts to combat his image as one of Pelosi’s Puppets.

As the race continues to slip away from Schrader, he’s resorted to lying about Scott Bruun’s record in a last-ditch attempt to salvage his seat in Congress.  Apparently forgetting his vote to cut nearly $500 billion from Medicare, Schrader most recently claimed that Bruun would push to privatize Social Security despite numerous on the record claims to the contrary.

Be sure to tune into the Oregon election results on November 2nd and watch how voters respond to the reckless endangerment that Schrader has promoted during his first - and preferably only – term in the House of Representatives.

It’s only June and the race for Oregon’s Fifth Congressional district is already being called the “best congressional race this state has seen in years”.  This November, voters will have a clear choice between one of Pelosi’s puppets and a veteran businessman as freshman Democrat Kurt Schrader faces off against Republican State Representative Scott Bruun.

Along Oregon’s northwestern coast, the Fifth District consists of the state’s capitol Salem, its second-largest city, Eugene, and the southern Portland suburbs. Political handicapper Charlie Cook rates the district as D+1; however, George W. Bush won the seat 50-49%.  Without Barack Obama on the top of the ticket to help carry him to victory, Schrader will have trouble expanding his margin of victory this November.

Despite this being his first term in Congress, Kurt Schrader has already decided that he knows what’s best for his constituents – regardless of local sentiment.  Supporting Nancy Pelosi’s liberal agenda 97 percent of the time, Schrader has served as a loyal rubber stamp to his party’s failed trillion-dollar stimulus, a national energy tax and a disastrous healthcare takeover that will only lead to further job loss in Oregon. When you look at the circumstances of his election to Congress – heavy funding from national Democrats and the coattails of Barack Obama – his beholden appearance to national party leaders comes into better perspective. After repeatedly putting party politics before the needs of his constituents, Schrader has foolishly added his name to the lengthy list of freshman one-term wonders.

On the challenger side, Scott Bruun is an eighth-generation Oregonian who understands what results people actually want to see in Washington – less government, more accountability, and lower taxes.  In the state legislature, Scott has helped pass a tax reform plan to create jobs in Oregon, as well as consumer protection legislation.  His background in both the construction and finance sectors will provide Congress with an experienced outlook on economic growth. Scott’s strong fundraising numbers coupled with his status as a Contender in the NRCC’s Young Guns program prove that he is an ideal candidate for Congress and is ready to represent the people of Oregon’s Fifth District.

Schrader is a Democrat party follower who blindly casts votes for whatever legislation his leadership prefers, while Scott is "a tireless and independent voice for Oregon" rather than another vote in the bag for Nancy Pelosi. Bruun has been running hard against Schrader with no sign of letting this race slip away.  Starting on day one, he will be ready to go to Washington and advocate for Oregon families – something Schrader quickly forgot after his first trip to Washington.

I hope you’ll check out Scott’s website, as well as Facebook and Twitter pages, for more information on this race and how you can get involved.