2010 Race of the Day UPDATE: Downhill for Baron Hill 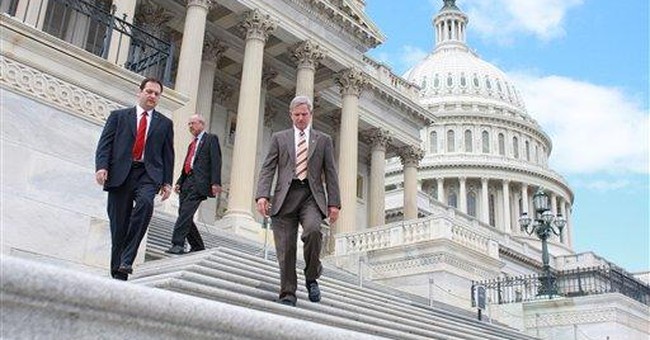 When I first wrote to you about this race, I highlighted the competitive nature of Indiana’s Ninth Congressional District and that Baron Hill, a true Pelosi loyalist, barely managed a win during the Democrat wave in 2006.  After reclaiming the seat he initially held from 1999-2005, Hill has continually bucked the best interests of Hoosiers.  Now, with the national mood dramatically different years past, Hill will finally have to answer for his consistent support of Washington Democrats.  Republican Todd Young, who has achieved “Young Guns” status in the NRCC’s recruitment and training program, is running a strong campaign geared at holding Baron Hill responsible for his actions.

Voters have lately had quite a few chances to see the true colors of their representative – and the clearest lesson is that he doesn’t seem to like them.  In our original update, we mentioned that Hill has lambasted his constituents not once, not twice, but three times.  Combine his trend for being a hot head who cares more about keeping his party bosses happy than his district with his desire to vote for practically any spending bill that comes his way and he has very tough looking prospects for re-election.  In a clear sign that Hill is vulnerable and the campaign is moving towards the Republican column, the DCCC pulled its planned ad time in this seat leaving their incumbent without any air cover.  Rated a “Toss Up” by political handicapper Charlie Cook, this race is definitely one to keep an eye on.

The voters in Indiana fired Baron Hill once.  This fall, they have the opportunity to do it again.

This year, Republicans are doing what it takes to win back Indiana’s Ninth Congressional District. In 2004, Mike Sodrel’s victory marked an exciting end to forty years of Democratic Congressional leadership in the district and signified a strong conservative constituency in Indiana’s Ninth. However, Democrat Baron Hill’s marginal victory in 2006 put the Democrats back in power-- and gave Nancy Pelosi another vote. This fall, Hill faces a tough battle as Todd Young, a fresh new face, threatens to send this Lap Dog back to Indiana with his tail between his legs.

The Ninth Congressional District is largely based in the southeastern corner of Indiana and stretches into the south-central region of the state and includes Bloomington, home to Indiana University. This is a very competitive district, and one the Democrats certainly aren’t looking forward to having to defend this fall. Republicans carried the district in the 2004 presidential elections with more than 56% and again in 2008 with 50%.

One thing that excites us about the race is the incumbent, who will no doubt provide Republicans with plenty of fodder as the campaign heats up. Hill has earned the distinction of being the only Democrat in Indiana to vote for the failed stimulus package, the government takeover of healthcare and the job-killing National Energy Tax. In addition to his questionable voting record, this Pelosi Puppet has a penchant for insulting his constituents. Hill has called his voters everything from “political terrorists” to “tired old people” – and even angrily denounced a young student in a made-for-YouTube moment at a town hall meeting.

Meanwhile, Todd Young’s credentials speak for themselves. He attended the U.S. Naval Academy and earned commission as an officer in the United States Marine Corps. Todd promises to fight for job creation, attention to fiscal responsibility, 2nd Amendment rights and national defense.  Active in his community, Todd volunteers his time to organizations like Big Brothers/Big Sisters. He and his wife, Jenny are the proud parents of four young children.

With Baron Hill’s knack for putting his foot in his mouth and his liberal voting record, Young is well positioned to send Hill into early retirement. Indiana’s Ninth is a valuable opportunity to elect a Republican who considers and represents his constituents, and take another vote away from Nancy Pelosi.

I hope you will visit Todd’s website and become a fan on Facebook to learn more about this extraordinary candidate and stay up to date with the latest news and trends.