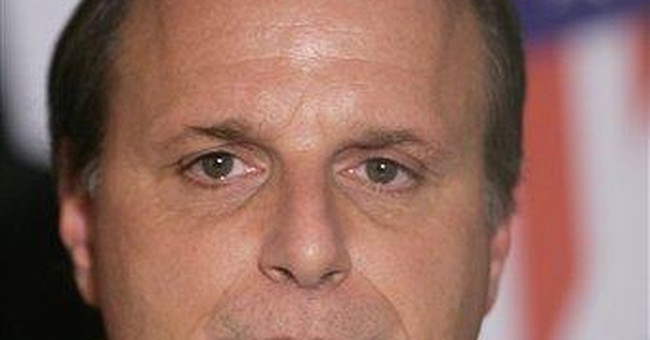 The National Republican Congressional Committee has set our sights on this Western New York district early as a strong pick-up opportunity given the seat’s Republican leanings.  However, the resignation of scandal-plagued Eric Massa created an open-seat race, further strengthening the GOP’s chances of taking NY-29 out of the Democrats' column.

New York’s 29th Congressional District stretches across eight counties with Monroe in the north then south to the Pennsylvania border.  This seat includes the towns of Olean, Hornell, Corning, Elmira and Canandaigua, and was held by Republican Amo Houghton until redistricting and later by Randy Kuhl, also a Republican.  Demonstrating the GOP’s strong position here, Charlie Cook rates this as “lean Republican” and provides a PVI rating of R+5.  In 2008, John McCain beat Barack Obama by three points, 51% to 48%, and in 2004 the GOP presidential ticket won by 15%.

Republican candidate Tom Reed, who has served as mayor of Corning since 2007, entered this race to take on a liberal incumbent whose record not only failed to create jobs, but also was radically out of touch with the values of families across the region.  With deep roots in Western New York, Reed is focusing on solutions to turn around the economy, eliminate Washington’s reckless spending and pay down the mounting debt.  Now, on a path to victory against Democrat Matt Zeller, Reed offers voters a strong voice that understands what is best for job creation and is firmly committed to standing up to Speaker Pelosi’s big government agenda.

After watching Speaker Pelosi’s Congress pass a trillion-dollar stimulus bill, Western New Yorkers know first-hand that it’s been a failure because they continue to face record levels of unemployment.  Reed offers Western New Yorkers a fresh perspective to solve problems and an unwavering commitment to the region.  He lives in the same house his grandfather built and continuously gives back to the local community.

Tom Reed is proving that he has all tools in place to pick up this seat in the fall and go straight to work on November 3 as a member of Congress.  He’s a “Contender” in the NRCC’s Young Guns program, which is dedicated to finding the best candidates and assist with campaign development, infrastructure and more.  Please take the time to visit Tom’s website, Facebook and Twitter pages to learn about his effort to play a part in retiring Nancy Pelosi.