Trial Lawyers Still Don't Have a Winning Case Against Monsanto

Brian McNicoll
|
Posted: Apr 21, 2018 12:01 AM
Share   Tweet
The opinions expressed by columnists are their own and do not necessarily represent the views of Townhall.com. 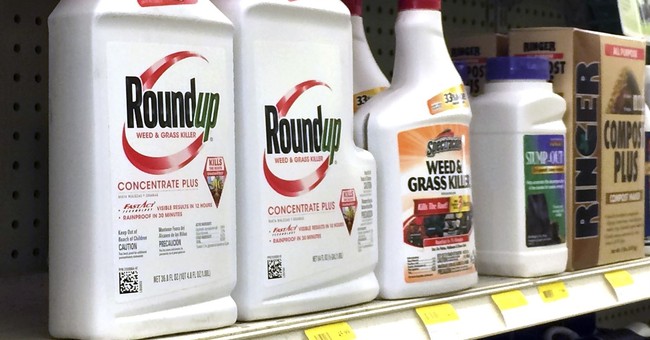 Trial lawyers hoping to take a big bite out of food producer Monsanto’s bottom line with a lawsuit over its most popular weed-killer have run into a problem – the judge who they need to convince their arguments are valid is not buying it.

In 2015, the International Agency for Research and Cancer, based in Lyon, France, declared glyphosate, the main ingredient in Roundup, the world’s most popular weed-killer, a “probably human carcinogen.”

No other scientific body has reached that conclusion. Indeed, the Environmental Protection Agency says glyphosate is safe for humans when used in accordance with label directions, the National Institute of Health has concluded it is not a carcinogen and, as a Monsanto official pointed out, more than 800 scientific, medical, peer-reviewed articles have been published saying there is no association whatsoever between glyphosate and any form of cancer.

But armed with the finding of the body in France, trial lawyers have filed 2,400 lawsuits in American courts – about 2,000 at the state level – that allege their clients have contracted non-Hodgkins lymphoma from exposure to Roundup.

Last month, U.S. District Judge Vince Chhabria began to assess the expert witnesses plaintiffs plan to call at trial in the more than 300 federal cases, involving more than 700 farmers, landscapers and gardeners, that have been combined in his court to determine if their findings were supported by sufficient science to be permitted to testify. He was not impressed.

A dozen expert witnesses for the plaintiffs – including toxicologists, statisticians, an oncologist and a couple of epidemiologists, who study how humans contract disease – labeled the evidence glyphosate causes cancer “shaky” and indicated he was unlikely to permit more than one of the witnesses to testify.

Judge Chhabra said his objective in the weeklong series of presentations by scientists for the plaintiffs was not to determine whether glyphosate causes cancer but rather whether the testimony they would offer is within the “range of reasonableness.”

It was not reasonable, he said, to conclude glyphosate causes cancer based only on the findings of the body in France. It relied on a study that showed cancer incidence increased in mice exposed to glyphosate, but the judge pointed out not everything that causes cancer in mice causes it in humans as well. Therefore, he indicated, all the witnesses that relied on their IARC findings for their testimony will be rejected.

Chhabra said he may allow one witness – Beate Ritz, a public health professor at UCLA – to testify because she conducted her own research, based on a study of the literature. But he said even her testimony is “dubious,” pronounced her entire field “loosey goosey” and “highly subjective,” and indicated he would permit her testimony only because he suspects Ritz is “operating within the mainstream of the field” and “maybe that means it’s up to the jury to decide if they buy her presentation.”

This is not good for the plaintiffs. “It’s game over … if they can’t get over this hurdle,” David Levine, an expert in federal court procedure at the University of California’s Hastings College of the Law, told the New York Daily News.

Their lawyers say the judge should not reject out of hand those who rely on the report from the group in France and should instead “dissect” and consider a “subset of opinions.” They say the science strongly supports their conclusions, their experts have used valid methodologies and “ultimately, we think courts will agree.”

But so far what they have are 12 witnesses, only one of whom, at most, seems likely to be declared qualified to testify. And the judge thinks that one person’s field is loosey goosey and her findings dubious and can’t help but have noticed that another federal judge, in Sacramento, has ruled California cannot force Monsanto to put cancer warnings on Roundup labels because the state can’t prove glyphosate causes cancer.

That’s always been the problem for those who sought to bring down Monsanto and Roundup. They simply have not been able to scientifically make the case in U.S. courts glyphosate causes cancer. The new strategy – relying on a study from a French group aligned with the World Health Organization – does not appear to be working either.

Maybe it’s time to give up.