Green Groups Have Deplorables Too; They Just Don’t Let You Know About It

Brian McNicoll
|
Posted: Oct 05, 2017 12:01 AM
Share   Tweet
The opinions expressed by columnists are their own and do not necessarily represent the views of Townhall.com. 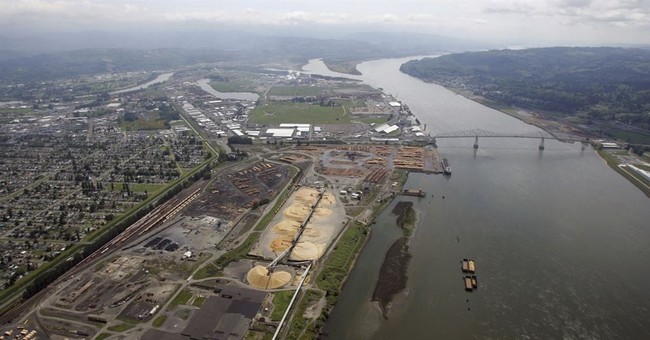 It turns out the left accepts money from people it never would want to be seen in public with, and that involvement is doing real harm to unwitting taxpayers.

According to a recent report from the Energy and Environment Legal Institute and the Taxpayers Alliance, energy and environment non-profits in the UK are funded by government, including significant grants from the European Commission, and by a greater extent private sources that include shadowy Americans intent on changing public policy in the UK.

The report found almost all the money comes from just a few American donors. One of those donors is Fred Stanback, scion of the Stanback headache powder family, made famous with the “Snap back with Stanback” commercials.

This little known multi-millionaire has largely stayed out of the limelight while his money infiltrates and help direct activists all unified in their shared belief that there are too many people in the world and something needs to be done to stop the scourge of humans and the impact they are having on the planet. That is why he has been one of the largest donors to Planned Parenthood over the years (giving over $1.3million in 2013 alone). That is also why he reportedly sought to fund and promote the abortion drug “RU-486, and had offered to pick up the local county costs for a Norplant program” in North Carolina aimed at the poor.

On the environment, he has kept in line with the radical left, donating millions per year to left-of-center environmental non-profits.

On immigration though, he is on the far right, funding organizations and educational efforts that have taken the debate considerably outside the mainstream. He is beyond both extremes with his controversial views on population control and his statement years ago that the Wall Street Journal refused to go hard on immigration because “Catholic interests” controlled the editorial page.

Despite his comments on Catholics and unorthodox alliances, far-left environmental groups continue to take his money. Since 2014, the Foundation for the Carolinas has contributed $57 million to the Southern Environmental Law Center, $25 million to the Natural Resources Defense Council, $6 million to Friends of the Earth, $3 million to Greenpeace and $2 million to the Dogwood Alliance, a North Carolina concern that “defends” forests from commercial use.

Stanback also has given hundreds of millions of dollars to environmental non-profits that lobby in the UK, as have a few other organizations, such as the Packard Foundation, founded by an heir to the Hewlett-Packard fortune.

Stanback funding has helped fuel opposition to new energy sources, such as shale gas or biomass, the strong-arming of UK politicians and regulators, even to the extent of violating rules on election financing and advertising; opposition to infrastructure improvements, such as new nuclear plants, and campaigns against individual chemicals or pesticides used by UK farmers.

To minimize scrutiny, Stanback funnels donations through the Foundation for the Carolinas, a non-profit community foundation, where the money can be used to influence elections, policies and public debate in the debate.

Because of this, it is not clear the non-profits in the UK, nor the government officials who depend to an unhealthy degree on their output to formulate public policy, even know of the connection to Stanback or the Packer Foundation, nor of their motives for giving, the report states.

In the case of Stanback, who grew up in Salisbury, N.C., and still lives in the state, the motive is a fierce belief the planet is threatened by overpopulation. His anti-energy, anti-property rights agenda focuses on reducing fossil fuel output – in effect, creating false scarcities solely to make it more difficult for populations to continue to rise.

His virulent opposition to immigration, along with his positions on environmental issues, are part of a “preservation” ideology that has led fringe groups to advocate for active population control.

This is the problem when government gets into bed with agenda-driven non-profits. Those on the inside of government favor the left on most issues.

Then, a Stanback emerges with tons of money to fill out the budget but an agenda hidden to the stakeholders of immigration, energy and environment policymaking in the UK. Eventually, policies are enacted that enhance his agenda but increase energy costs to UK consumers – all to fulfill the population control dreams of an American they never even heard of.