Brian McNicoll
|
Posted: Apr 30, 2016 12:01 AM
Share   Tweet
The opinions expressed by columnists are their own and do not necessarily represent the views of Townhall.com. 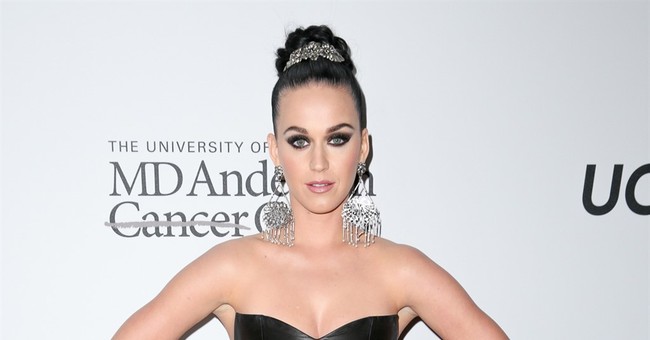 Much ink has been spilled and many trillions of electrons expended explaining to us the role raw anger has played in this year’s presidential campaigns. What are the American people angry about? Stuff like what is going on in the music business.

Since before World War II, the two organizations that represent almost all musical artists and songwriters – ASCAP, the American Society of Composers, Authors, and Publishers, and BMI, Broadcast Music Inc. – have operated under consent decrees with the Department of Justice to curb what already, even back then, had become dangerously monopolistic behavior.

These consent decrees allow ASCAP and BMI to operate as monopolies but without the monopoly pricing, and together they license nearly all commercial music use in the United States – from the tunes you hear in bars to retail shops, commercial jingles and even radio stations. They still push the envelope – a recent report from the Justice Department suggests they need more supervision, not less.

But now these organizations want to raise prices. And that means the rules that restrain them from using their monopoly status to manipulate prices through coordination and other anticompetitive actions have become an even bigger problem. So they’re throwing their considerable weight around in Washington and demanding change.

Since they can’t raise the prices on music, as is, they have come up with another plan – they will raise the number of people who have claims on the rights to the music they license. From 2013 to 2014, the number of writers paid by music services grew by 900 percent even though the percentage of works controlled by BMI and ASCAP has not changed for decades.

With all these new claimants, ASCAP and BMI now want the Department of Justice to change the terms of the consent decrees so they can have more money to spread around.

And they’re threatening that if it doesn’t, the publishers will withdraw all rights from ASCAP and BMI, which would create total chaos in the music licensing business.

The major publishers want the Justice Department to allow what they call fractional licensing. This which would require businesses that want to perform or play a song to license the rights from each owner of the song, as opposed to now when the rights are all purchased through the collectives, such as BMI and ASCAP.

This would blow up the way businesses purchase music. Today, a bar, for example, pays a free to ASCAP or BMI to play the music they control. If this were approved, that bar would have to negotiate with every holder of every right for every song it even could possibly play. Some songs have multiple rights-holders – the average No.1 hit in 2014 had 3.59 authors – and each would have to sign off.

Andrew Langer, writing in The Hill, said this would set the stage for a new generation of copyright trolls, people who buy pieces of songs so they can get involved in these negotiations and drive up prices.

It may seem like the proper free market argument to let the customers bargain with all the rights holders. But the music industry never has had much of a relationship with free-market principles, and the best we can hope for at this point is order in the market that keeps prices level.

The Department of Justice should call the music industry’s bluff. Don’t make the changes. See if they break up ASCAP and BMI and sell each song individually. See how much appetite the Rolling Stones and Katy Perry and Paul Simon and Kanye West have for negotiating individually with each bar, restaurant, radio station, outdoor music venue or high school band that wants to play their music.

And not just Katy and Kanye and Mick and Paul but the 2.59 collaborators they had for each song. Let them sit around waiting to make their money while every bar in America tries to beat the price down with their second or third co-author.

It ought to stay that way, but will it? It depends on whether Washington gives into the influence game yet again. The voters, for once, seem to be watching.