A Grand Alliance Looking Out for Itself 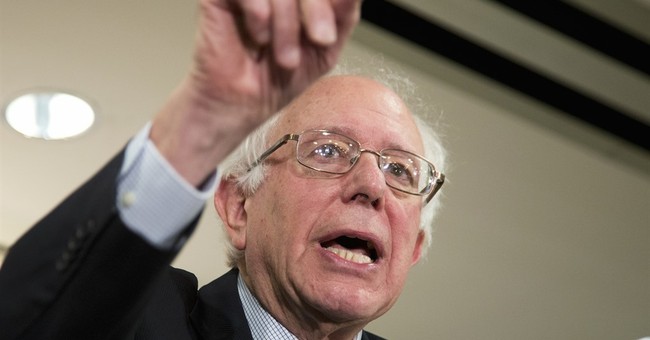 Beware! The privatization monster is on the loose again.

Sen. Bernie Sanders, the socialist from Vermont who is running for president, says “the rich” are trying to destroy the Postal Service for their own private gain.

“The wealthy and the powerful see an opportunity for Wall Street and corporate America to make billions in profits out of these services, and couldn’t care less how privatization or a degradation of services affects ordinary Americans,” he said recently.

Yes, there are cranks in the comments section of various Web sites that call for the Postal Service to be privatized. But most people realize delivering the mail is a constitutionally required function of government. They just want it to work properly.

But there is something out there called The Grand Alliance to Save Our Public Postal Service that claims to want to save the Postal Service but in fact cares little how many weeks it takes to deliver your mail as long as it eventually is delivered by an overpaid unionized postal worker.

The straw men are shooting up like corn stalks in Iowa in the summer.

The narrative goes like this: Congress wants to privatize the Post Office so it can deliver the business to its well-heeled contributors without regard to the service needs of Americans. So it enacts rules that handcuff the Postal Service financially. And when the Postal Service goes broke, the oligarchs will get their wish.

The solution, according to this narrative, is to involve the Postal Service in even more businesses that don’t have anything to do with its constitutionally stated mission to deliver first-class mail. Banking. Packages. Grocery delivery. Inventory management.

Those side business won’t make your mail arrive on time. They certainly won’t lower costs. But they will mean more jobs for the members of the American Postal Workers Union who are pushing this Grand Alliance.

The Postal Service will finish 2015 having delivered upwards of 60 billion packages, letters and parcels – about 10 percent more than last year and about a fourth of that coming during the holiday season. Its on-time rate will finish as the lowest in decades, even though the standards by which this is judged were relaxed just last year.

Keith Steffens, an activist with the National Association of Letter Carriers, was right when he told the Capitol Times newspaper of Madison, Wis., that it’s “an urban myth that the Internet is dooming the Postal Service.”

Steffens and the newspaper want Congress to take the shackles off the Postal Service and let it compete in a broad range of logistical businesses. The paper says the Postal Service’s financial situation – it lost $7 billion in 2015, $51 billion since 2007 and has burned up a $15 billion line of credit from the Treasury – “could be addressed with relative ease by Congress” if only Congress stood by the Postal Service “and the workers who keep it.”

The problem is that although only a few Americans are among those “workers who keep it,” everyone depends on the Postal Service being financially and systemically able to perform the function called for in the Constitution, which is delivering the mail. And the more the Postal Service stumbles into various side businesses, the less capable it seems to be of performing its most vital function.

The editorial goes on to blame Congress and Postal Service executives for closing 140 mail-sorting centers and laying off a third of its workforce. But these moves were made to address shortfalls that resulted from losses in its side businesses.

Delivering the mail is not as profitable as it was before 2006, when a recession lowered volumes by 20 percent and the rise of the Internet kept it from rebuilding. But first-class mail delivery remains the most profitable thing the Postal Service does by far. Only to unions trying to bolster membership does it make sense to sink more resources into the side businesses.

Sanders says the billionaires who just want to make profits off the Postal Service “couldn’t care less how privatization or a degradation of services affects ordinary Americans.”

But ordinary Americans do care about the degradation of services. They have begun to understand boutique delivery services ought to be privately owned and that Fed-Ex and UPS address all our package delivery needs.

What they don’t understand is why the Postal Service won’t stick to the things for which it has monopoly protection, on which it makes the most in profits and to which it is committed via the U.S. Constitution.
CDC Director Confirms She Wants to Mask Your Kids Forever
Katie Pavlich
Sheila Jackson Lee Calls on DHS to Not Deport Anymore Haitians Amid Large Caravans Heading North
Julio Rosas
In Meeting with Biden Admin, JCN Announces Next Step if Private Employer Vaccine Mandate Advances