A Christmas Present for the Economy

Brian Darling
|
Posted: Dec 25, 2019 12:01 AM
Share   Tweet
The opinions expressed by columnists are their own and do not necessarily represent the views of Townhall.com. 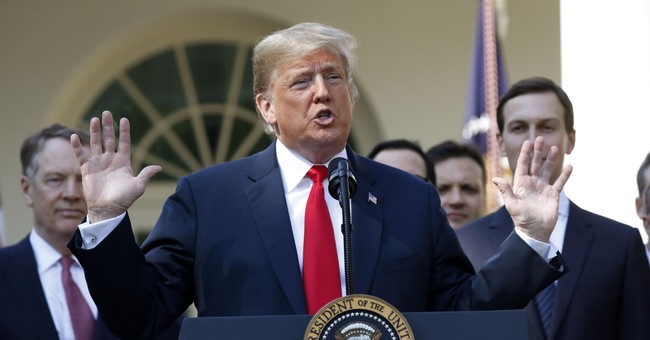 Nothing significant is going to happen this year on most issues. Both conservative Republicans and progressive Democrats support changing the status quo, yet they have radically different solutions on almost every issue.  It is not a stretch to say that no significant legislation will pass over the next year, yet there may be opportunities for small changes to law specific to existing problematic programs that can be addressed.

A nice Christmas present for American workers and the economy would be for Congress to pass legislation to update and reform the EB-5 investor visa program.  That would lead to a stocking full of cash and new infrastructure wrapping the cities to rebuild our crumbling infrastructure.

While impeachment was further poisoning the atmosphere between the Republicans and Democrats in Congress, they did find a way to pass the U.S.-Mexico-Canada Agreement (USMCA) and a massive spending bill to fund the federal government for the remainder of the year proving it is possible to find common ground. Democrats had a strong incentive to tank the USMCA deal and Republicans had a great messaging opportunity to Defund Impeachment had they blocked the spending bill, yet the parties found a way to find common ground on funding the government and trade policy.

There actually is common ground on the third rail of politics – immigration reform.  The idea of providing improvements and reform to the EB-5 investor visa program will provide massive future investment in the United States. This idea provides members of both parties an opportunity to spike the football on economic growth.

It is the extremes of both parties that oppose the EB-5 program.  Radical progressives don’t want any high skilled labor like the H-1B visa nor the EB-5 investor visa program that potentially displaces chain migration and visa lottery numbers.  Some on the right want to get rid of most, if not all, legal immigration programs to wall off the border therefore, they oppose all existing high-skilled, low-skilled and non-merit-based immigration programs.

These members have become the Grinch that stole economic growth.

The investor visa program has the support of conservatives who favor our law shifting to a merit-based system, like President Donald J. Trump’s push for “merit-based” reforms. A number of conservative groups put out a coalition letter supporting legislation sponsored by Sen. Mike Rounds (R-SD), S.2778, that impose reforms on the existing program to both implement reforms and fix some long-standing problems with the structure of the program. The longstanding opposition from some in Congress comes from an urban v. rural member struggle that has been resolved with this new legislation giving more to rural areas. The bottom line is that this program both creates jobs and brings in massive investment to the U.S. and should be treated like any other government program to expand the economy.

The conservative groups, including FeedomWorks, Americans for Tax Reform, Center for Freedom and Prosperity and the Campaign for Liberty, make the case that “numerous studies prove this program to be an economic success story.” They cite a study from a few years ago that from the American Action Forum that found $20 billion in investment since 2008 and a more recent Department of Commerce study found $5.8 billion foreign investment in the years 2012 and 2013. The data proves that this program will create hundreds of thousands of American jobs and draw in tens of billions in new investment over the next decade if it is fixed.

This year will be a lost year for legislation and that may not be a bad thing on most issues, yet it will if they can’t come to an agreement on minimal changes to laws that will save programs in need of technical changes.  If the partisanship that embodies election-year politics poisons all of Congress’ work, then our nation will experience a slowing economy and more partisan food fights.

If Congress can pass the Rounds’ bill, there will be a Merry Christmas in 2020 with new jobs and more investment in America for all.