High Times in Colorado and Washington: Dope, Dependency and the Future 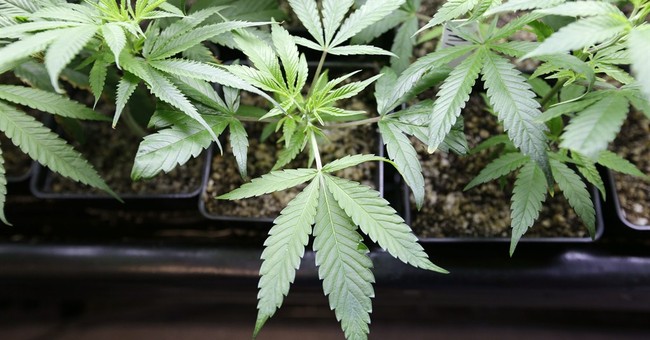 Last week, in a wide ranging interview, California governor and reformed hippie Jerry Brown struck an admirably prudent, restrained, and even conservative note when he stated that he would not openly support marijuana legalization in California before seeing how such legislation worked out in the practical sense in Colorado and Washington. Governor Brown also cautioned that American creativity and competitiveness might suffer in such a world. He stated “How many people can get stoned and still have a great state, or a great nation?” This is a far cry from the Governor Moonbeam of the 1970s.

In some ways Brown does illuminate an obscured issue in the current atmosphere of a more relaxed attitude toward recreational drugs and a corresponding pendulum swing against the draconian mood of the so-called “War on Drugs”, circa 1990. The underlying question is simple: Where does a free society draw the line? Do individuals have the right to determine their own conduct, as long as their activities do not harm, or infringe upon the rights of others? Does society have “carte blanche” to ban, or severely limit activities that might have a socially deleterious effect? It might be time to engage in a serious philosophical discussion on this topic.

The libertarian view of marijuana use, currently a popular attitude nationwide, is consistent, as libertarian views always are. The libertarians consider marijuana use to be strictly a personal choice. It is no one’s nosiness but your own, and society through power of government and the law, should have no power to ban or restrict this activity. In addition to the libertarian philosophical argument against drug laws, the pro-legalization side argues that ending drug laws would simply ratify an existing situation, essentially decriminalizing a habit of millions of people. Finally, the pro-legalization forces state that society would derive great benefits from decriminalizing marijuana in terms of a huge tax windfall. This would obviously appeal to otherwise dubious politicians.

These arguments are all persuasive, except for the tax revenue urging, which would be plain foolish. What could be good about giving politicians more money to squander? Before we jump headlong into this new drug abyss, perhaps we should take Jerry Brown’s advice and look a little more closely at what we may be doing. The reasons for caution and prudence in this case are also many and deserve at least a cursory examination.

The most persuasive pro-legalization argument is the libertarian view that drug use is a personal choice, and should neither be encouraged nor proscribed in a free society. This argument might be airtight if we still lived in a truly free society. However, we live in a society that has decided, through government and the influence of mass-media, that “public health” is a matter of shared responsibility. Interestingly enough many of those leading the charge toward marijuana legalization are the same people who stoutly support efforts to ban cigarette and cigar smoking in public places. If more states lift the ban on marijuana, we undoubtedly will get more users. A large number of heavy marijuana users will lead to more public health problems, in terms of users suffering various degrees of memory loss and impaired cognitive functions. Soon enough we will see social and political commentators trying to alert the public to the crisis du jour, namely the scourge of marijuana use and the ruinous effect it has had on the lives of heavy users. The stoners will become a defined social class and their unofficial spokes men will lobby for welfare benefits and disability claims, using the line of reasoning that marijuana legalization was undertaken by the public, and, therefore, the state created this problem and should be charged with solving it.

Eventually, we will see the personal injury attorneys get into the act, desperately searching for someone to sue. John Banzhaf and his followers will probably fasten on to state and local governments, treating them as cash cows. Those counting the tax revenues can then kiss that money goodbye! The end result of this will be the creation of a new protected and dependent class. Certainly, most Americans, regardless of their political persuasions could not look at this as a positive development.

Another argument against marijuana legalization can rightly be described as the slippery slope analogy. If states are going to legalize marijuana use, against the advice of many experts (The International Narcotics Control board, a UN affiliated drug-control agency based in London, announced its “deep regret” at the Colorado and Washington state actions last week) will they stop there? Why not legalize PCP, methamphetamines, cocaine, and LSD? While we are on the subject getting rid of drug laws why not throw out our archaic statutes outlawing prostitution? After all, legalized prostitution seems to work pretty smoothly in Amsterdam, and shouldn’t we Americans become a little more mature, civilized and sophisticated? In a word, most liberals would prefer that we Americans become more like the Dutch. If the marijuana restrictions fall this is exactly what will take place. The culture clash will move on to the next front.

Any readers who see this as scaremongering that will never happen would do well to remember some recent examples of the slippery slope in action. When the U.S. Supreme Court legalized abortion in 1972 many foes argued that this was the beginning of an infanticide wave that would sweep the country. Most pro-choicers denied this and the silent majority hoped that the pro-life side was wrong. We now have partial-birth abortion, and are fighting against this horrifying practice, which is infanticide, by another name. Similarly, when some states began to revise their criminal codes in the 1970s and 80s striking down laws prohibiting carnal relations between members of the same sex, alarmed moralists claimed that these legal overhauls were actually attempts to legitimize and give social sanction to sodomy. The alarmists were dismissed as chicken-littles by the deep thinkers on the political Left. Very few people foresaw the current gay marriage struggle back in 1985.

We are barely scratching the surface of this topic, but one further objection should be registered. Virtually every extended American family has experienced the menace of alcohol addiction. This problem has been the source of countless broken marriages, family dissolution, and early deaths. No one would seriously propose another Eighteenth Amendment-Volstead Act solution to alcohol peril, serious though it undoubtedly may be. The big question is rather simple. Do we, as a society, really want to legalize another class of narcotics and, are we prepared to deal with the consequences of our actions if we do? Jerry Brown deserves credit for urging the country to take a long look at this issue. This is no ordinary political issue. It is of great import for the national future. We should approach the drug legalization question carefully, prudently, rationally, and, dare we say it, soberly!