The Islamic State of the World 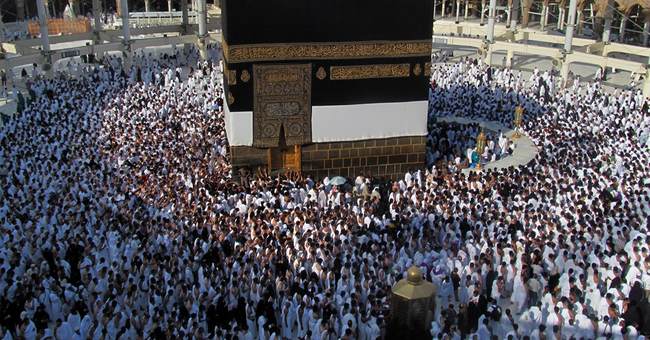 The American people have learned that once again, they were not told the truth. We were told that by the fall of 2012, Al Qaeda was purportedly on the run, finished off by a diplomacy that exchanged bullets for talking points, kinetic warfare for bridge-building conciliation. None of it was true. These talking points masked the reality that the vacuum created by America’s withdrawal was quickly being filled by resurgent Islamists.

Now, it seems, modernity is on the run, being terrorized by adherents to a violent ideology buried in the sands of centuries past. The Islamic State (ISIS) is thriving and growing in the newest episode of the perpetual clash of civilizations.

In retrospect and in contrast, our former Iraqi nemesis, Al Qaeda in Iraq, seems tame. It never inflicted this kind of senseless carnage or provoked such international outrage. No world leader ever cut short a vacation to address the violence in Iraq.

After Abu Musab al-Zarqawi, the leader of Al Qaeda in Iraq, was unceremoniously dispatched by a drone strike, Sunni leaders in the Anbar province, strengthened by the victories won by American troops, rose up against Al Qaeda. The Anbar province awoke, and Al-Qaeda in Iraq was largely eliminated as an existential threat to the country and American interests. After six years of civil war and sectarian strife, Iraq was stable, its borders intact.

This was the Iraq President Obama inherited. That Iraq no longer exists. In its place is a country halved and convulsed by the rapid conquest of ISIS. The border region between Syria and Iraq has been replaced by the Islamic caliphate, the Islamic State, where the beheadings of Christian children and American journalists are de rigueur.

In reaction to these developments, President Obama solemnly intones that such barbarism has no place in this century. The Islamic State terrorists agree, to a point. They aim to recreate a political entity not seen since the first millennium. Secretary of State Kerry offered the same modernist scolding as Vladimir Putin sent his special forces to annex Crimea and Eastern Ukraine without firing a shot. We saw what American weakness produced in Europe. What will it produce in regard to ISIS?

What is clear is that ISIS is not Al Qaeda. Where Al Qaeda sought hidden training camps, ISIS seeks a caliphate. Where Al Qaeda forsook phones and email for messengers with handwritten notes, ISIS utilizes YouTube. ISIS, by its public exploits, thus offers a better target than Al Qaeda did, if only the world would shoot. Yet the world holds its collective trigger finger.

Armed with more money, materiel, land, and better organization than Al Qaeda, ISIS poses a graver and more immediate threat to U.S. interests and allies. Al Qaeda pulled off 9/11, but it never threatened to control large swaths of a major oil producing country and the financial resources that come with it. ISIS has achieved more in two months than Bin Laden achieved in almost two decades.

The ISIS rise invites regional instability in the Middle East, the expansion of militant Islam worldwide, and perhaps most ominous, the exporting of more audacious terror attacks around the world. A group that crucifies dissenters and beheads children provides ample evidence of its future intent. Who will thwart them?

First, the Barack Obama-Rand Paul vision of foreign affairs has been OBE – overcome by events – and is definitively discredited. Both men share an isolationist bent, for equally unwise reasons. Whatever the reasons, their unwillingness to confront and defeat evil abroad should not be tolerated by Americans, who are justifiably horrified to see their fellow citizens beheaded by terrorists, their allies overrun, and their previous victories squandered.

Indeed, by dint of ISIS’s rise and rapid takeover of nearly half the territory of Iraq, America will be forced to invest a significant military presence in Iraq for the fourth time in slightly more than two decades. This time, however, they may be fighting some of their fellow countrymen. According to American intelligence officials, the Islamic State draws jihadists from the United States, Europe and Australia. These same officials believe it is just a matter of time before they return to their home country to practice what they learned in Iraq and Syria.

Second, the inevitable surge of US troops in Iraq will inevitably require Hillary Clinton to explain her politically inspired opposition to the Iraq surge, which crushed Sunni terrorists and pacified the country. What does she really think about the use of force to protect American interests abroad? Is her recent criticism of President Obama sincere? Or is it just characteristically opportunistic Clintonism?

Third, the 2016 presidential election will now be, more than it was a month ago, a foreign affairs election. Fortunately for Democrats, the Islamic State debacle has taken the Obamacare/IRS/border debacles off the news cycle, for now. Unfortunately for Democrats, this Administration’s incompetence in foreign affairs only reaffirms the post-Vietnam belief that Democrats cannot be trusted with America’s defense.

Fourth, the rise of the Islamic State and the active participation in its conquest by Westerners should forever put to rest the false notions that violent Islamic jihad results from Western military operations in the Islamic world, or that America’s position in the Israeli-Palestinian conflict fuels terrorism, or that Gitmo causes more terrorism. Islamic radicalism, the kind that broadcasts and revels in the beheading of infants, fuels terrorism.

Finally, it is time to discard the canards that soft diplomacy and leading from behind protect American lives and interests. Matched against a barbarism unseen in centuries, the only appropriate response is overwhelming military force, boots on the ground if need be. Scoldings don’t disarm terrorists, troops do.

Our troops will likely be called upon again to impose order in a disordered land; and they will fight to victory if our political leaders will let them. Our security, and Iraq’s, is once again in their hands. The Islamic State started the fight, but the US military will end it if permitted to. Whether we have the stomach and the will for another Iraq war is the defining question of the moment.