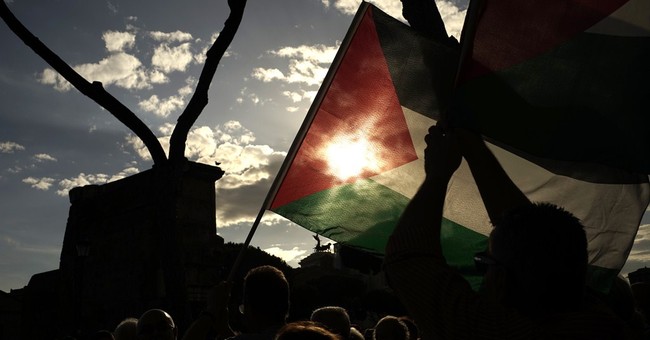 Amidst another tense cease fire in Gaza, the world stops to assess the reality on the ground. Israel estimates it has killed 900 Hamas terrorists – a redundancy – and destroyed 32 tunnels that Hamas previously used to infiltrate Israel and launch terror attacks against Israelis. 64 Israeli soldiers – fighting for their country’s right to exist – and three civilians have died in the fighting.

On the other side, Palestinian authorities, not known for their fact-checking, claim the majority of the approximately 2,000 Palestinians killed were civilians. Israel counters that 900 of those killed were Hamas fighters.

The morally confused, including Hollywood darlings Javier Bardem and Penelope Cruz, wring their hands in angst at what they perceive to be a lopsided fight. In their view, the mighty IDF indiscriminately attacks innocent Palestinian civilians in schools, hospitals, and churches. Embarrassingly, the United States Secretary of State shares or sympathizes with this view.

To truly understand why Gaza is such a humanitarian, economic, and political disaster, and why the Palestinian Authority will never assert the control Western elites desire it to, the world must unravel a culture of death that has controlled the Palestinian psyche for over forty years.

In 1970, the Black September Organization was organized to launch terrorist attacks against the West and Israel. After awakening a sleeping world to the reality of Islamic terror in the wake of massacres such as the 1972 Munich Summer Olympics, in 1974, former Black September member turned Palestinian dictator and eventual Nobel Peace Prize recipient Yasser Arafat reputedly ordered the Palestinian Liberation Organization to refrain from attacks outside of Israel, the West Bank, and Gaza.

Since then, terror has been the chief aim of the ruling political authorities in Palestine and Gaza. Today the Palestinian Authority ostensibly rules, but Hamas – supported by Hezbollah – has the guns and missiles so it controls Gaza. What does Hamas want?

Hamas has made no secret of its aims and the strategies it will employ to achieve them. Its 1988 charter committed itself to the destruction of Israel and the slaughter of Israelis. Its introduction proclaims: “For our struggle against the Jews is extremely wide-ranging and grave, so much so that it will need all the loyal efforts we can wield, to be followed by further steps and reinforced by successive battalions from the multifarious Arab and Islamic world, until the enemies are defeated and Allah’s victory prevails.” Put simply, Hamas seeks another Holocaust.

Once upon a time, just twenty years ago, ideas like this and terrorist actions in support of them had consequences. On October 8, 1997, the Clinton administration designated Hamas a terrorist organization. It still remains on the State Department’s list of Designated Foreign Terrorist Organizations, alongside fellow Palestinian terrorist outfits such as the Palestine Liberation Front, Palestinian Islamic Jihad, the Popular Front for the Liberation of Palestine, and the Al-Aqsa Martyrs Brigade.

The common thread running through each: Islamist terrorism, which is directly responsible for the 1994 World Trade Center attack, the 2000 USS Cole attack, 9/11, the July 2005 London bombings, the Benghazi attack, and the Boko Haram horrors in Nigeria.

In light of such barbarism, supporters of Israel and democracy itself must allow the IDF to do whatever necessary to eliminate Hamas. Like the Ebola virus, there is no measure too extreme to eradicate it. The Jewish people will survive Hamas; they have survived much worse. If Hamas is not eliminated soon, however, Gaza’s 1.8 million residents may not be so lucky. They might not survive another forty years of terrorism.