Mueller’s Probe Comes At A Cost: Lost Faith in The Justice System

Brett Velicovich
|
Posted: Mar 29, 2019 9:32 AM
Share   Tweet
The opinions expressed by columnists are their own and do not necessarily represent the views of Townhall.com. 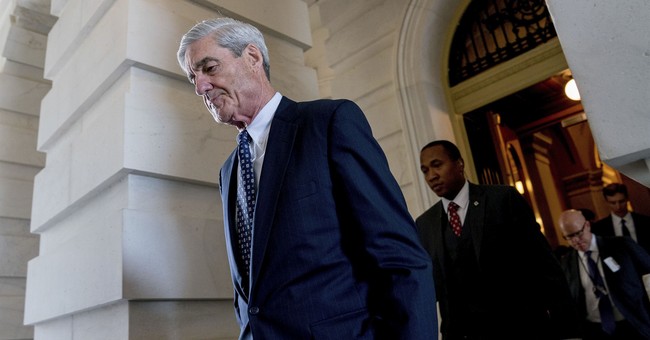 Robert Mueller’s investigation lasted nearly two years, but it will take far longer than that to restore faith in America’s justice system after this blatant attempt to turn the FBI and Department of Justice into political weapons.

Attorney General William Barr summarized the core findings of the Mueller probe in a letter to Congress on Sunday, revealing that the FBI found no collusion between Donald Trump’s campaign and the Russian government.

"[T]he investigation did not establish that members of the Trump Campaign conspired or coordinated with the Russian government in its election interference activities," the Special Counsel concluded, as quoted by Barr.

Notably, the Attorney General also revealed the jaw-dropping scale of the investigation, explaining that Mueller “employed 19 lawyers who were assisted by a team of approximately 40 FBI agents, intelligence forensic accountants, and other professional staff.”

This mind-blowing effort didn’t come cheap. According to numerous estimates, the entire probe cost taxpayers around $30 million — a stunning price tag for a baseless witch hunt that was never going to reveal evidence of collusion because it didn’t actually take place.

For that reason alone, even though the Mueller probe ultimately vindicated President Trump and his campaign, it was an unacceptable assault on our criminal justice system that has completely eviscerated the American people’s faith in both our judicial institutions and the FBI.

In other words, the cloud of suspicion that was hovering over the President’s head is now circling over the FBI headquarters. Mueller’s investigation may have vindicated Donald Trump, but nothing can rectify the gross injustices perpetrated against him, his associates, and the American people from the very earliest days of this presidency.

By perpetuating an unsubstantiated myth about President Trump and calling for a formal investigation, the Democrats sought to undermine the results of the 2016 election in close coordination with partisan actors in the FBI. The bureau's leadership should have objected vociferously to this injustice, but it did nothing.

The Democratic Party, for its part, shouldn’t have been allowed to use the FBI as its puppet, and the FBI should have resisted calls to launch an investigation based on a partisan myth. The fact that both were allowed to happen is a dark stain on the FBI’s reputation, one that can only be washed out after the bureau spends years compiling a new record of scrupulous honesty and political neutrality.

Notably, the bureau already had a credibility problem in its senior ranks even before Mueller’s findings were revealed — according to a poll published earlier in the month, 50 percent of Americans believed that Mueller’s probe was a “witch-hunt” intended to attack the President. Only 47 percent of respondents disagreed.

And where was the FBI investigation into the blatant sabotage of the President, not only during these years of proceedings but also during the recent North Korea talks? Sabotage is defined as the deliberate effort to obstruct (something), especially for political advantage. It’s a major offense, especially within intelligence circles, and those at the upper echelons of Congress who hold security clearances should know better. The FBI ran a counter-intelligence investigation into the President’s actions but has neglected to look into the potential sabotage of the North Korea summit meeting by congressional Democrats on the Senate Intelligence Committee who appeared to coordinate the Cohen hearings specifically to distract attention from the President’s efforts to avert nuclear war.

Sadly, and to the detriment of the many great FBI agents I’ve worked with over the years, the senior leaders involved in Trump’s investigation have done tremendous damage to the FBI’s reputation for many years to come.

Don’t be surprised if that’s the high point for the FBI’s reputation for many years to come.

Mueller’s investigation cost far more than just $30 million and nearly two years of partisan attacks — it also cost us our faith in the justice system.

Brett Velicovich is a U.S. Army veteran and author of “Drone Warrior: An Elite Soldier's Inside Account of the Hunt for America's Most Dangerous Enemies”