Brent Bozell and Tim Graham
|
Posted: May 24, 2017 12:01 AM
Share   Tweet
The opinions expressed by columnists are their own and do not necessarily represent the views of Townhall.com. 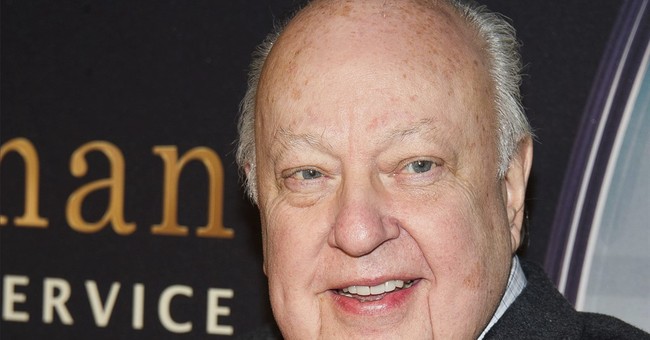 Trending
It was big news when Roger Ailes died. Everyone in his industry acknowledged that a serious, even transcendent force in American media and politics had passed away. Without Fox News over these last 20 years, the shape of American politics would be far different. The heretofore unanimously liberal media suddenly had a counterweight, and, much to their horror, this uppity network soon had surpassed all of its rivals in cable news -- combined. The era of unchallenged liberal enlightenment was over. Ailes was accused of making American dumber, angrier and more bigoted.

One notable Ailes critic really stretched reality beyond the breaking point. The New York Times -- just off a successful crusade to get Bill O'Reilly fired -- recruited Monica Lewinsky to blame Ailes for her plight in 1998. Her piece in the Times was not an obituary for Ailes, she wrote, but "an obituary for the culture he purveyed."

You read that correctly.

The headline read "His Dream Was My Nightmare." A pull quote read, "Roger Ailes built a ratings juggernaut by exploiting me." In this preposterous telling of the story, Lewinsky was the innocent young woman tied to the train tracks by the nefarious forces at Fox News. Forget her complete lack of judgment. Forget her moral turpitude. Forget Bill Clinton, too. Blame Fox.

She wrote: "Just two years after Rupert Murdoch appointed Mr. Ailes to head the new cable news network, my relationship with President Bill Clinton became public. Mr. Ailes, a former Republican political operative, took the story of the affair and the trial that followed and made certain his anchors hammered it ceaselessly, 24 hours a day. It worked like magic: The story hooked viewers and made them Fox loyalists. For the past 15 years, Fox News has been the No. 1 news station; last year the network made about $2.3 billion."

All because of Monica Lewinsky?

In her latest incarnation, Lewinsky is a victim of cyberbullying. She claims that's what she suffered at the hands of Clinton's critics. Is it cyberbullying to state she behaved like a complete slut, besmirching the honor of the Oval Office in the process?

Anyone who watched the news in 1998 knows that everyone in the media covered the Lewinsky scandal relentlessly. So, by Lewinsky's standard, everyone in the media was guilty of bullying and hooking viewers and padding their profits. Halfway through, she admits Fox was not alone. So why single out Fox and Ailes?

Lewinsky can be more upset with Fox because it didn't spin for Team Clinton and spend most of that year engaging in moral relativism, like, say, The New York Times, which pounded away at the puritanical Republicans and special prosecutor Kenneth Starr.

The rest of us remember ABC's Diane Sawyer asking Starr whether he was the "sex police" and insisting: "There was gambling in the casino in Casablanca and you are the only one who is shocked. We are not shocked." She suggested the public viewed the Starr Report as "demented pornography, pornography for Puritans."

Lewinsky complained that Fox took a poll in the first weeks of the intern scandal asking whether she was a "young tramp looking for thrills." That's blunt. But what other words does one use for an intern who Starr reported flashed her thong underwear at the married president of the United States at their first meeting and later performed oral sex for him? "Overachiever"?

Five days after his death, Monica Lewinsky accused Ailes of exploiting a "personal and national tragedy" for profit. She is a pathetic creature and the perfect foil for The New York Times.