Brent Bozell and Tim Graham
|
Posted: Mar 29, 2017 12:01 AM
Share   Tweet
The opinions expressed by columnists are their own and do not necessarily represent the views of Townhall.com. 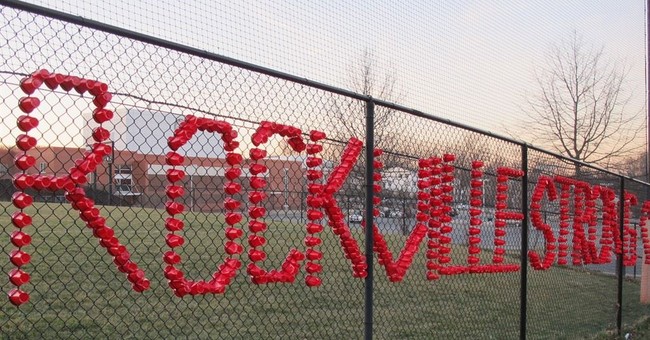 Trending
On March 16, a 14-year-old girl was allegedly pushed into a boys bathroom at Rockville High School in Maryland and raped by two other students during school hours. Police arrested two freshmen who recently arrived from Central America, 18-year-old Henry Sanchez and 17-year-old Jose Montano. Sanchez, a Guatemalan, has a pending "alien removal" case against him. Montano, from El Salvador, is a minor, so his immigration status was not released.

The Washington Post reported, "The two took turns holding the girl down and sexually assaulting her as she cried out, fought back and repeatedly told them to stop, according to police affidavits filed in court."

Montano and Sanchez were charged with first-degree rape and two counts of first-degree sexual offense. This inflammatory story about immigrants was seen as Trump-reinforcing news, so ABC, CBS, NBC, PBS and MSNBC aerobically avoided it. CNN mentioned it once in passing for about 100 words.

A reporter for WTTG, the Fox News station in the nation's capital, asked White House Press Secretary Sean Spicer on March 21 whether the reported crime would change government policy that insists public schools can't discriminate in admitting students based on their immigration status. Spicer replied: "It is horrendous and horrible and disgusting what this young woman in Rockville went through. ... I think part of the reason that the president has made illegal immigration and crackdown such a big deal is because of tragedies like this."

But none of these networks could be shamed into caring.

CNN "Reliable Sources" host Brian Stelter actually criticized Fox for making the Rockville alleged rape a national story. He said: "Rapes and assaults and murders are local news stories on a daily basis. But when do they break through to become national news, and when do they not?" According to him, Fox pumped up the story to help President Trump.

Stelter then cited the story of an alleged white supremacist from Baltimore who drove to New York City and stabbed and killed a 66-year-old black man, saying, "But this story received almost no coverage on Fox or CNN or anywhere else, for that matter -- another example of a crime, but not a crime that fit the political agenda of those pro-Trump hosts on Fox."

He was wrong. ABC gave that crime three stories over a 24-hour period, and NBC reported it briefly. One reason for its low profile may not be political. The New York Times first reported that murder in a local "About New York" column by Jim Dwyer on page A-19.

But CNN's Brian Lowry underlined Stelter's point, saying: "It really dovetailed with the theme Fox wanted to push: Fox's immigration agenda. ... And I also think the fact that they could use it to buttress their point that this is the kind of coverage you won't get on other media, that's just a win-win for them."

This is the liberal blindness that the "news" czars demonstrate. An immigrant convicted of raping or killing someone is an inconvenient fact if you're a liberal, but it's a fact. Somehow, the girl allegedly raped in Rockville is not a fact, just as Kate Steinle being murdered in San Francisco by an illegal immigrant was not a fact. The left must always define what the relevant "facts" are, and its supposedly overflowing compassion will never reach the victims of inconvenient crimes.