Brent Bozell and Tim Graham
|
Posted: Mar 10, 2017 12:01 AM
Share   Tweet
The opinions expressed by columnists are their own and do not necessarily represent the views of Townhall.com. 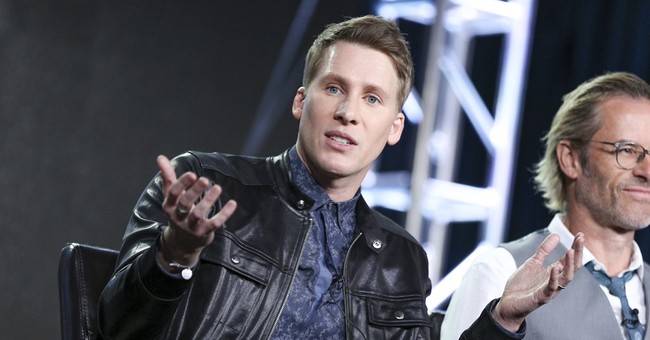 They say network television is a profit-oriented business, but that's obviously not the case when it clashes with Hollywood's sexual politics. Last week, ABC tried to lecture America with a four-part miniseries on the radical gay left called "When We Rise," and it tanked in ratings despite heavy promotion throughout the Academy Awards broadcast the night before the premiere.


While ABC's star-studded propaganda finale drew two million viewers on Friday, March 3, CBS drew 6.6 million for "Hawaii Five-0" and 6.8 million for "Blue Bloods." ABC's "Shark Tank" lead-in drew six million viewers. This was boutique viewing for the left, the latest evidence that GLAAD (formerly the Gay & Lesbian Alliance Against Defamation) is a dominant Tinseltown player. Its revolution must be televised, no matter how many watch.


The show's screenwriter, Dustin Lance Black, lamely tried to claim that all the ratings weren't in, saying: "Listen, would I like more people to watch live? Sure. I would also love to own a pet unicorn."

The gay magazine The Advocate grumbled at gays in a story headlined "When We Fall in Ratings, We Fail Our Movement." Writer Daniel Reynolds scolded, "If you were watching 'Two Broke Girls' instead of a groundbreaking depiction of our history then, well, you're part of the problem."


Even the liberal media felt torn about the show's lack of appeal. "As a television drama, it often plays like a high-minded, dutiful educational video," wrote New York Times TV critic James Poniewozik.


Openly gay Washington Post TV critic Hank Stuever was harsher, saying: "I did watch and it put me to sleep, over and over. Boring, clumsy, self-important -- all the things you don't want to be when telling the great gay American story. I know we're SUPPOSED to watch it, but there is such a thing as gaysplaining, and I can't imagine why ABC thought four nights of that was a good idea."


What's interesting about that thumbs down is Stuever chose not to review the show for the actual newspaper. This critique came in an online chat.


All that puts aside the more serious problem: The "educational" script simply lies, starting with the undying falsehood that President Ronald Reagan never lifted a finger for AIDS victims. In the second installment, one character asks, "You think any of those groups are gonna get Reagan to give a damn?" Another replies, "If I didn't know any better, I'd say it's a government plot." The first man shoots back: "Yeah. I work for the government. They couldn't pull something this intricate off. Willfully letting it spread ... That's another story."


Then there's just the corrosive hatred. On the first night, the main character Cleve Jones tells one of his lovers: "I say we just get rid of all the heterosexuals. They're so boring."


Can you imagine the outcry if a straight character were to say, "Let's get rid of all the homosexuals"? This was a formula for a flop. It neither convinced nor converted anyone in the red states. They watched something more honest and less self-righteous.

Why Liberals Had a Chernobyl-Level Freakout Over Wapo's Headline About Trump, the FBI, and Garland