Brent Bozell and Tim Graham
|
Posted: Aug 26, 2016 12:01 AM
Share   Tweet
The opinions expressed by columnists are their own and do not necessarily represent the views of Townhall.com. 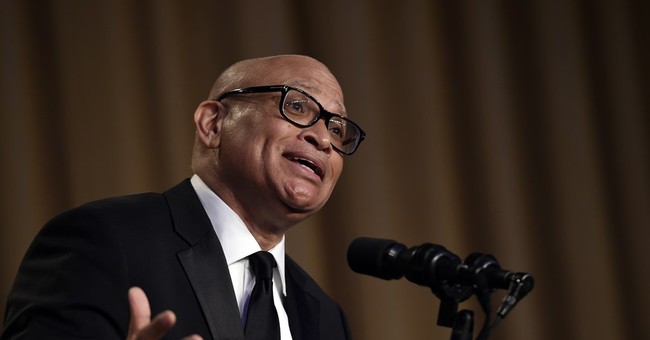 Comedy Central frustrated racial bean counters across America when it abruptly canceled "The Nightly Show with Larry Wilmore" for the obvious reason: It "hasn't resonated." Its ratings were terrible, and nothing it aired went viral. It was a desperate stretch when one Wilmore staffer described their audience as "small, but (mighty)."

A lack of market demand on a for-profit network is apparently no excuse to cancel a show. NPR TV critic Eric Deggans leaped to the microphone to pound the affirmative-action hard line: Had Comedy Central's audience "ultimately rejected a black man talking boldly about race in late night television?" He complained, "The real measure of equality in Hollywood will be when non-white stars get the same resources and latitude as white hosts, being allowed to experiment with staff and being given several years to fail, to improve, to find their voice."

In other words, commercial television should be like public television? Ironically, even NPR has canceled its black-oriented talk shows -- more than once -- due to low interest. With both NPR and Comedy Central, you can't blame the crusty, old right-wingers. It's those hip, young left-wingers, too. They aren't watching, either. The only ones who are upset are the quotaphiles on the left. Wilmore couldn't hold Stephen Colbert's audience, just as Trevor Noah isn't keeping Jon Stewart's old audience.

Comedy Central was the one to hire the untested black hosts and reap the "diversity" publicity generated by the quota-centric announcement. Now, when it fires them, it's only natural to face accusations of racism. You reap what you sow.

Apparently, leftists can't muster the clicking courage of the channel's convictions at home when it comes to black-oriented talk shows. Or maybe the public senses there's just not a serious appetite for satire when the left refuses to find anything to ridicule in the careers of Barack Obama or the Clintons. Satirizing Donald Trump might have seemed fresh and fun a year ago, but that shtick has turned seriously stale.

What's truly laughable is the proposition that America will diminish by the loss of a leftist forum -- as if every other late-night host is a Republican. Sophia McClennen at Salon exemplified this idiocy, saying, "In an election cycle dominated by racial aggression, the mainstreaming of misogyny, and the denial of structural inequality, Wilmore and his team offered their audience one of the few spaces where these issues could be debated rationally and intelligently."

There is a true lack of diversity in late-night programming. No one is a conservative. What's worse, when liberal journalists write about the satirists, from Wilmore to Colbert to John Oliver to Samantha Bee, they refuse to describe any of them as a liberal. The public is to conclude that leftism is mainstream and conservatism is not welcomed.

Journalists can't even accurately describe their satire as harsh. Take New York Times TV critic Mike Hale. He says: "As hosts, Mr. Noah and Mr. Wilmore have been cerebral, restrained presences. Given the level of scrutiny they have received, restraint is an understandable choice."

Wilmore's idea of "satirizing" Bernie Sanders was to ask: "Millions of people come to hear you speak your sermons on mounts. Are you Jesus?" During the Flint water crisis, Wilmore's concept of "restraint" was to call for the death of Michigan's Republican governor, Rick Snyder, asking, "Which type of execution?"

Apparently, not even Comedy Central's audience found that amusing.