Brent Bozell and Tim Graham
|
Posted: Jan 06, 2016 12:01 AM
Share   Tweet
The opinions expressed by columnists are their own and do not necessarily represent the views of Townhall.com. 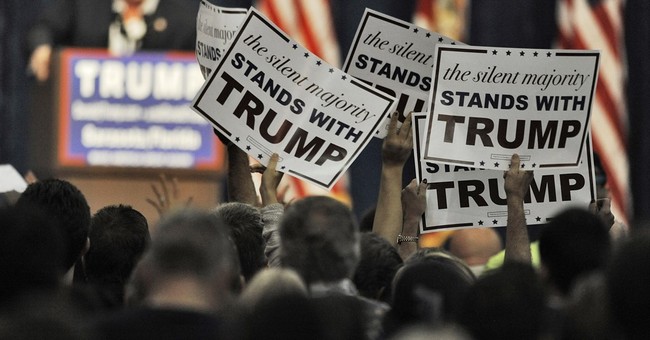 Network news outlets conduct their own polls. They also bury the poll results when they don't like them. On PBS on Jan. 1, liberal pundit Mark Shields brought some very bad news for the left. The NBC News/Wall Street Journal poll found 73 percent say they want the next president to take a different approach from President Obama's.

So NBC, both the creator of the poll and a relentless cheerleader of Obama, chose not to air that bombshell. Instead, they buried it deep in an article on the "Meet the Press" website. "This will become a high hurdle for the Democrats at some stage of the 2016 election," Democratic pollster Fred Yang declared in that piece.

So what did they pluck out of their December polling to report instead? Take a look.

Dec. 13: Both "Meet the Press" and "Nightly News" touted NBC's poll showing Trump on top of GOP race, with 27 percent to Ted Cruz's 22 percent. Still no mention of the current president's unpopularity.

Dec. 14: On "Today," Peter Alexander repeated the Trump/Cruz findings, then added: "There are some new numbers from our NBC News/Wall Street Journal poll out just this morning that show Hillary Clinton would trounce Donald Trump in a head-to-head matchup. It's much closer though between Clinton and Marco Rubio, Ted Cruz and Ben Carson."

But there's no mention that if she runs on Obama's platform, she too would be crushed.

That evening, "Nightly News" anchor Lester Holt reported, "In our brand-new NBC News/Wall Street Journal poll [apparently their polls never age], 40 percent say the federal government's top priority is national security and terrorism. That number has more than doubled since April, and 29 percent say they're worried that they, or a loved one, will be the victim of a terror attack. But today, for the second time in just over a week, President Obama argued that his strategy against ISIS is working."

Holt (and NBC) deliberately skipped numbers revolving around this issue that are far more important. Obama has his lowest approval rating since right before the 2014 midterm wipeout, at 43 percent. More to the point, just 37 percent approve and 57 percent disapprove of the president's handling of foreign policy, and only 34 percent approve and 60 percent disapprove of his handling of ISIS in Iraq and Syria.

NBC's pollsters said these low numbers on foreign policy were comparable to George W. Bush's numbers at this point in his second term. In addition, only 20 percent of the public believes the country is headed in the right direction, versus a whopping 70 percent who think it's on the wrong track.

The networks constantly hammered George W. Bush with bad polling results like these in the long war on terrorism. But for Obama, NBC and the other networks routinely and shamelessly spike these awful numbers to preserve his "legacy" and to keep Clinton "inevitable" in November.