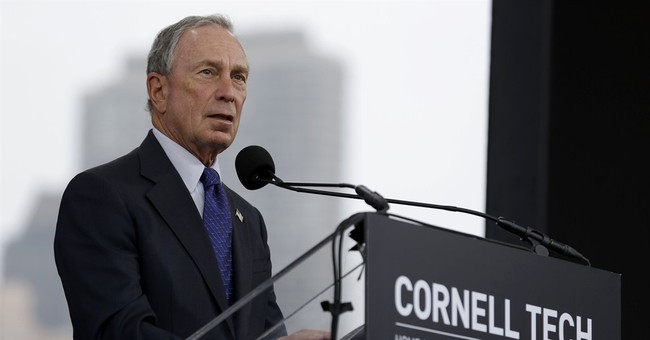 The libertine left has done a lot of boasting over the last several years about the inevitability of History vanquishing every corner of American social conservatism. Election Day 2015 was a terrible day for these revolutionaries, as so often it is when it's the American people, not liberal elites, making the decisions.

-- In Kentucky, incoming Republican governor Matt Bevin won despite proudly embracing the cause of country clerk Kim Davis, a clear rebuke to the cultural let's agenda to impose gay "marriage" on every conservative Christian jurisdiction.

-- The city of Houston thumped outgoing lesbian leftist mayor Annise Parker by voting overwhelmingly (61 to 39 percent) to refuse the "HERO" -- Houston Equal Rights Ordinance -- a 31-page packet of mumbo-jumbo that among other things would have fined businesses up to $5,000 for refusing to allow men who "identify" as women from using the women's restrooms.

-- Ohio rejected marijuana legalization by a 2-1 margin. "Issue 3" would have legalized recreational marijuana for anyone over 21, and in medicinal form for those of any age with a doctor's note. Some "progressives" didn't like a provision allowing a growers' monopoly system for the first four years.

-- Even in ultraliberal San Francisco, the sheriff who steadfastly defended the city's outrageous "sanctuary city" policy after Kate Steinle was murdered by an immigrant here illegally, went down to defeat.

One journalist is analyzing the elections correctly (for the most part) and it's noteworthy it comes out of The Atlantic, clearly a liberal venue.

In her article "Liberals Are Losing the Culture Wars," Molly Ball acknowledges that the left can attempt to diminish the results by saying this was "an off-off-year election with dismally low voter turnout, waged in just a handful of locales. But liberals who cite this as an explanation often fail to take the next step and ask why the most consistent voters are consistently hostile to their views, or why liberal social positions don't mobilize infrequent voters."

There is clearly a "passion gap" between the secular left and the religious right. The conservatives are mobilizing, spurred by an increasing liberal authoritarianism since the last presidential election, as the left puts "religious liberty" in scare quotes.

Ball offers an analysis far outside the liberal media's conventional "wisdom" that the Republican Party is fractured between the religious right determined to commit political suicide with their ancient positions and a country-club establishment that understands it's time to surrender.

Ball said GOP divisions show "an ideologically flexible big-tent party, while Democrats are in lockstep around an agenda whose popularity they too often fail to question." Democrats want to believe Americans completely share with their radical vision of social change, but end up losing elections.

There's a reason liberals always think they're winning. It's because in both "news" reporting and entertainment propaganda, they incessantly evangelize for gun safety, marriage equality, legalized marijuana, transgender civil rights protections and untrammeled amnesty for illegal immigrants as if only the leftist position is acceptable. The only days they get a reality check are election days.