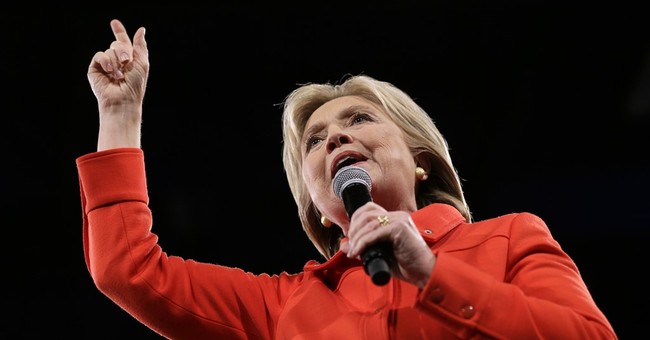 To hear the media tell it, Hillary Clinton came to Capitol Hill as a bullfighter and easily killed the angry bulls of the House Benghazi committee. The "mainstream" media wondered why these crazy Republicans would "walk into the trap" of trying to scrutinize and question a media darling.

She was a "commanding, presidential presence," gushed the "objective" Associated Press.

Never trust the liberal media to tell you who should run a "victory lap." After all, it's easy to remember that these same media outlets endlessly touted Al Gore's winning warmth and intelligence in 2000 and in 2004 insisted routinely that the Swift Boat Veterans for Truth hadn't laid a glove on John Kerry.

In fact, this same media concocted a massive victory for Clinton two years ago when she screamed "What difference at this point does it make?" on whether the violence was a terrorist attack or a protest. Republicans were accused by Chris Matthews of a "pissant performance" when they asked tough questions. But polls show voters still question Clinton's honesty.

Clinton's contempt for the Republicans -- the people she blithely compared to the Iranians on her list of enemies at the last debates -- came through every time she rested her face on her chin with a look of utter boredom on her face. Her arrogance came bursting forth as she put on her tremulous voice and claimed, "I've lost more sleep than all of you put together."

Has she lost more sleep than the families of the brave men who died in Benghazi who never had a chance of getting any help from their leaders in Washington?

The media elite awarded her an A for her performance, and she definitely kept calm and endured the questions. But these so-called watchdogs had almost no interest in the substance, and were allergic to the notion that Clinton has lied on Benghazi -- shamelessly, repeatedly, even in the faces of the families of the men who fell in the consulate attacks.

Congressman Jim Jordan caught a lot of attention on the substance when he noted that at 10:32 p.m. on the night of the attack, Hillary Clinton issued a statement that "some have sought to justify this vicious behavior as a response to inflammatory material posted on the Internet." But at 11:12 p.m., Hillary Clinton emailed her daughter Chelsea -- who she referred to by a pseudonym, "Diane Reynolds" -- saying "an Al Qaeda-like group" was responsible for the attack.

On the following day, Clinton again referred to the violence in a statement as "a response to inflammatory material posted on the Internet." But on the very same day, Clinton had a telephone call with the Egyptian prime minister and assured him "We know that the attack in Libya had nothing to do with the film. It was a planned attack -- not a protest."

This is the "old news" that the networks tried to squash. ABC was the only one to refer to it on the night of the hearing, and only CBS noticed it the next morning. But it was lost in the "victory lap" coverage.

Stephen Hayes offered the obvious summation on Fox News: "I would say the lead from the day so far is Hillary Clinton repeatedly offers false or misleading testimony, and journalists yawn." For Clinton, journalists aren't interested in providing public scrutiny. They're interested in granting perpetual impunity.