Hillary Versus the Truth on Benghazi 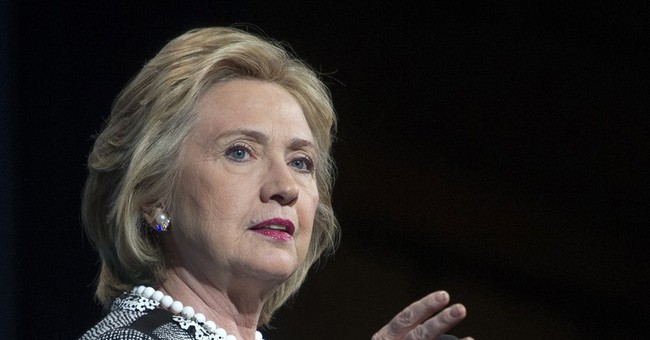 The liberal media consistently dismiss or condemn hearings into Obama scandals as unnecessary and rabidly partisan, and reach those conclusions before said hearings even begin. That might explain why the public doesn't always line up with that opinion.

A new ABC-Washington Post poll shows 51 percent of those polled support the new House investigation into the scandalous lack of security for our personnel at the Benghazi, Libya, consulate. ABC and the Post found 58 percent think Team Obama engaged in a cover-up, and only 32 percent denied reality and claimed they "honestly disclosed" what they knew.

Perhaps it is because we are approaching the second anniversary of that attack, and this administration simply refuses to account for its actions that night.

Worse yet for the liberals, 50 percent of Americans surveyed disapproved of Hillary Clinton's handling of Benghazi, and only 37 percent approved.

This is a serious contrast to the media, which approve of everything Clinton does, says and thinks. It's been proven all over again with the obsequious previews of the new "Hard Choices" memoir on her State Department years. It is classic, calculating and Clintonian: She released excerpts from the chapter dealing with the Benghazi fiasco, knowing it would generate media support for her actions. It worked.

On May 30, ABC evening substitute anchor David Muir boasted Hillary "is ready to fight back on Benghazi." Reporter Martha Raddatz touted: "she comes out swinging, her anger aimed at congressional Republicans who she accuses of politicizing the tragedy. 'I will not be a part of a political slugfest on the backs of dead Americans,' writes Clinton." CBS and NBC also channeled the "defiant, not defensive" spin, a stale rerun of "What difference does it make?"

This is exactly the same pose Clinton struck in every other scandal in which she's been neck-deep, including her dishonest "Vast Right Wing Conspiracy" interview with Matt Lauer in 1998. She never defends; she only attacks. And the media swallow it whole. She could deny, distract or lie her face off about her husband's sexual dalliance with an intern for months, and when all the lying about his affair was undeniable, Dan Rather nominated her for Person of the Year.

It won't be any different when she does the interview rounds for the new memoir. Washington Post media blogger Erik Wemple channeled the conventional wisdom that this is "bound to be a parade of Clinton-favorable coverage." It will fall to Bret Baier and Greta Van Susteren at Fox News to push beyond the brick wall of her "defiance."

But Van Susteren didn't push harder on Clinton than the other networks when she was granted an interview on Jan. 29, only asking two brief Benghazi questions (packaged together): Are our embassies safer in 2014, and should we re-establish a consulate in Benghazi? Van Susteren let Clinton ramble for a minute and offered no response when she placed the blame on Congress for inadequate funding.

In her book excerpt, Clinton tries to shred the question of her Sunday-show skipping after the attacks and slams people who "fixate on the question of why I didn't go on TV that morning, as if appearing on a talk show is the equivalent of jury duty, where one has to have a compelling reason to get out of it."

It is not an obsession. It is a serious question deserving an answer, and the press should not let up. Van Susteren should have asked.

This woman wants to be president. But she doesn't want the "jury duty" of submitting to media scrutiny. All the years of network puffery have made Clinton sound like a spoiled child who refuses to admit any error for anything. All this contempt for the public's demands for answers should make journalists understand someday that all along it was contempt she had for them.