Georgia Agriculture, Michelle Nunn, & the Playbook of a Red-State Democrat 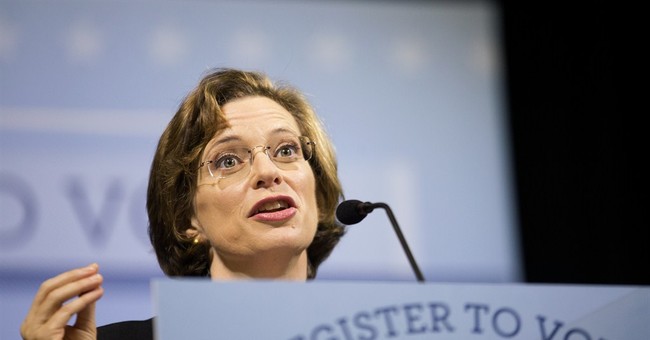 David Perdue and Michelle Nunn squared off in their first real debate for Georgia’s open Senate seat just a few days ago, meeting before a rowdy audience that helped make the contest a spirited affair.

For national outlets, the headlines wrote themselves. Perdue dared deal with “economic reality” in the days preceding the debate, and Nunn’s predictable attacks were what they chose to shine the spotlight on. The far bigger story should revolve around the largest industry in the state of Georgia, that being agriculture.

Michelle Nunn’s campaign plan, leaked in late July after Perdue clinched the GOP nomination, included a list of policy priorities ranked 1-30. Clocking in at a not so cool number eighteen was agriculture. Dead last? Rural issues.

At Tuesday’s debate, Perdue asked Nunn why seventeen items would take precedent to Georgia’s largest industry. Agriculture delivers $77 billion to Georgia’s economy on an annual basis. To borrow from Joe Biden, it’s a “BFD.” It merits a question and explanation.

What it didn’t merit, in Nunn’s world, was an honest answer. Having watched the footage multiple times, I can confirm with 100 percent certainty that Nunn did not use the word “agriculture” a single time in her “response” to a question about agriculture. She ignored the question and repeated attacks. Following a rebuttal from Perdue, Nunn then denied there even being a plan that listed agriculture that far down on the list.

So, either we’re to believe that Michelle Nunn never saw the plan for her own campaign, her first run for office at that, or folks should start calling the response what it was – a lie.

Either of these options are disconcerting. If one truly wanted to spin her not having read a memo outlining her own campaign, you could call into question how attentive a senator she’d truly be. But let’s be real – this was a boggled response to a question she couldn’t afford to be honest about. The plan was never meant to leak, and Nunn was never meant to have to answer for why rural Georgians come last and a $77 billion economic engine is in the bottom tier of priorities.

After all, when you’re running a campaign as a red state Democrat, the playbook is simple enough – distort, attack, and pretend you’re not everything you are. That means answering nothing about yourself or offering anything more than platitudes. It’s what Nunn has done thus far, and folks have noticed.

While endorsing Perdue, the editorial board of The Marietta Daily Journal wrote that “Michelle Nunn has tried her best to run a content-free campaign.” Too true.

How nice it would have been to have seen more national coverage of this debate kick off by noting that a blatant lie was told regarding the largest industry in the state Michelle Nunn wishes to serve in the United States Senate. But I digress. It’s all too apparent that Nunn’s candidacy is devoid of substance, and that’s why she’s left with little more than channeling Obama’s 2008 DNC speech in which he quipped “if you don’t have a record to run on, then you paint your opponent as someone people should run from.”