As Psaki Pslinks Away, the Press Corps Sheds a Collective Tear

Brad Slager
|
Posted: May 13, 2022 5:05 PM
Share   Tweet
The opinions expressed by columnists are their own and do not necessarily represent the views of Townhall.com. 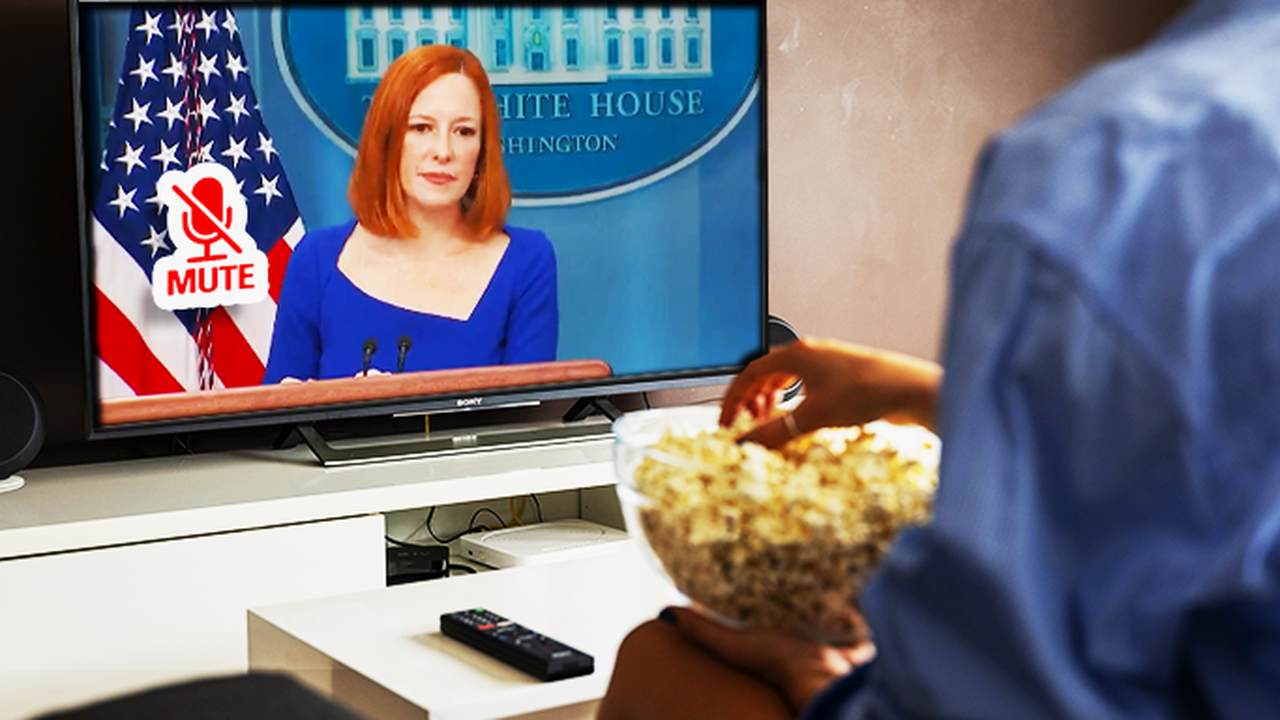 Today marks the final day of Jen Psaki's run as White House press secretary, and the completely unbiased journalism cheerleaders have been full of treacly farewells.

In his newsletter, Brian Stelter put it this way:

- "Conservatives (some of whom watched Psaki's briefings live on Fox) criticized Psaki for dodging questions. Liberals celebrated her for neutralizing loaded questions (including some asked by Fox) and defending Biden's agenda. WH reporters appreciated her accessibility."

The worst of the lot was seen at Poynter, where the fawning and praise from Tom Jones reached a level that would normally provoke a restraining order to be taken out.

- "Psaki will go down as one of the best to ever hold the title of White House press secretary. Psaki has restored honor, dignity and class to the White House briefing room. Psaki was consistently prepared, effective in communicating for the president and, even when sparring with media members, always respectful."

Dude, calm down - she's married. As for "consistently prepared," apparently, I need to remind Tom that Jen was known for her inability to answer questions and always had the need "circle back" when asked questions.

"Psaki was consistently prepared, effective in communicating for the president and, even when sparring with media members, always respectful."https://t.co/7PuMALpbXW

Yesterday we covered how WaPo's Glenn Kessler, in off fashion, pushed out a Free Beacon story he had previously debunked in a fact-check. Though he did not issue a retraction or a correction, we still gave him some props for acknowledging the story and promoting it.

This did not sit well with the President of Media Matters, Angelo Carusone – at all.

1/ This man runs the Washington Post’s fact checking vertical. And he is promoting the Free Beacon as if they were anything other than a discredited partisan operation. You wanna talk about safe smoking kits? Fine. The Free Beacon should *never* be a source. It’s disgraceful. pic.twitter.com/9gb7VGx4ne

He said that. He dared call another outlet a discredited and partisan organization – the President of Media Matters.

But he was not done. Carusone got completely unglued about this, the point of calling for Kessler's job. Understand now…the head of MMFA wants a fact-checker FIRED for a story that is factually accurate.

2/ Honestly, this should be a termination worthy event for anyone in the job that Glenn holds. But alas. He won’t even be reprimanded.

He should know better. Either he doesn’t know or he doesn’t care how this enables rw lies. Either way it means he isn’t fit for the job.

Over at WaPo, Nathan Grayson attempted to spark a movement from the gaming corporations. Grayson was one of the figures who kicked off the "Gamer-Gate" furor, so it is in his skill set to look to cause strife in this community. This time he reached out to nearly two dozen gaming companies, commanding they come out with statements regarding the abortion issue.

This is done for the benefit of the journalists, understand. In the name of appearing objective, they hold back from outright pro-abortion commentary, but if they can get CEOs on the record supporting abortion rights, then it becomes a "story," and then the writers are clear to inject all manner of commentary into the narrative.

One such CEO is not playing along. Jim Ryan, the head of PlayStation, sent out an internal email where he took no position on the issue and urged his employees to have understanding for the opinions of others, suggesting that decency and respect be the approach to this thorny issue. Of course, his calm and reasoned approach has caused outrage from many.

CEO of PlayStation Makes a Corporate Non-Statement About Abortion - and His Cats - and People Lose Their Minds
https://t.co/AT8t2GDXst

When it comes to holding to strict content standards among the social media sites, Tinder would probably come in low on a list of people's expectations. But as we learn from The Boston Globe, even that site has its limitations.

Kickball, for instance, is a deal-breaker on the normally sexualized hookup site.

- "Swiping right on everyone helped her build a real-life community where some people even found love. But Tinder says Gianna Pecchia, 30, violated its Terms of Service and Community Guidelines by soliciting the people she met on the app. Pecchia used the app to recruit 46 players for Clubwaka kickball teams in Pawtucket."

Swiping right on everyone helped her build a real-life community where some people even found love. But Tinder says Warwick, R.I.'s Gianna Pecchia violated its community guidelines by soliciting the people she met on the app for kickball. ? https://t.co/hQIKbtOSba

This week on her vanity lifestyle site Goop, Gwenyth Paltrow turned heads when there was an ad appearing for diapers, which sold for $120 per one dozen. It has now become revealed – this was done as a sign of social awareness.

See, GP wanted to highlight the plight of low-income individuals and the impact of the cost of diapers on a family or something. The message was lost, however, when people saw the rhinestone-encrusted diapers with alpaca wool lining and thought this was an actual item. After all, this is the same site selling vagina-scented candles.