Brad Slager
|
Posted: May 10, 2022 12:01 AM
Share   Tweet
The opinions expressed by columnists are their own and do not necessarily represent the views of Townhall.com. 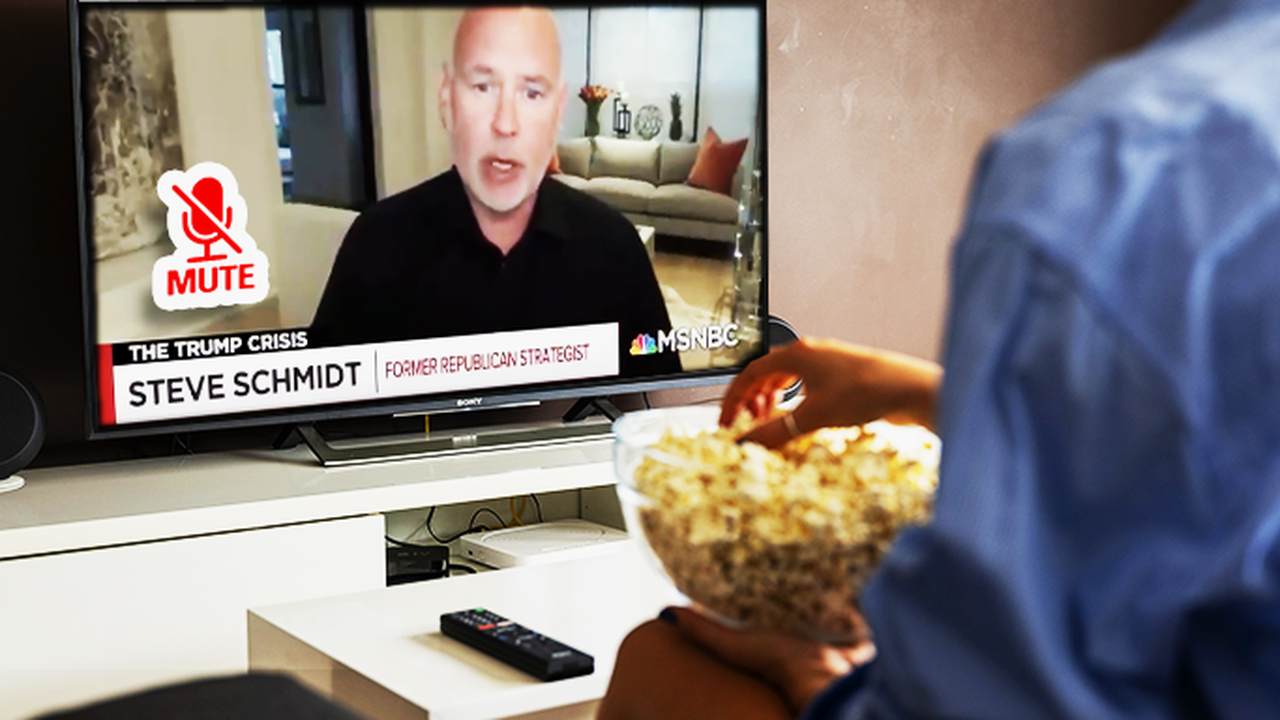 Amid a weekend of losing his emotional grip on Twitter, Steve Schmidt, founding member of The Lincoln Project, somehow found time to launch his own Substack portal, and in his first entry, he delivered a mea culpa of sorts, as he sort of apologizes for lies told regarding the media.

It is about his time as a campaign operative and how he helped to attack journalists over a story that was ultimately accurate. Steve's heartfelt apology is comprised of passing most of the blame over to the late Senator John McCain. But, we should completely believe the man and his TLP cohorts today, despite this ratification taking 14 years to arrive.

This weekend, the Salem-produced documentary "2000 Mules" was released. In an attempt to dispute the film about finding thousands of people who were ballot-stuffing in the 2020 election, the AP used amateurish tactics to prove their point.

A man is cited as simply voting for his family, except their disputed individual was never mentioned in the film. Other conflicting evidence involves bringing in items that were never initially claimed, saying people were wearing gloves due to cold weather (while seen in short sleeve t-shirts), or having an expert say geolocation does not prove it was ballot stuffing. This, of course, has to ignore the videos of people stuffing drop boxes in the middle of the night.

Fact Check of '2000 Mules' Is Heavy on Speculation, Anecdotes, and False Information About the Use of Cellphone Location Technology https://t.co/OZ0UnOpbLO

CNN has a poll on voter impressions for the upcoming midterm election, and the key aspect is this was taken after the release last week of the leaked Supreme Court draft opinion. As the piece opens, we are told Americans are largely opposed to repealing Roe v. Wade, but deeper in the piece, we learn some revealing data points.

- "Among Democrats, 43% now say they are extremely or very enthusiastic, up 7 points. Among Republicans, it's 56%, up 9 points. And voters who say overturning Roe would make them 'happy' are nearly twice as enthusiastic about voting this fall as those who say such a ruling would leave them 'angry' (38% extremely enthusiastic among those happy, 20% among those angry)."

Recall all of the hysteria surrounding the Georgia voter law? The AJC was front row to this as the paper detailed everything from blacks becoming disenfranchised to the MLB All-Star game being moved to Colorado over the hateful law that was said to be voter suppression.

Well, Georgia's primary is approaching, and the first day of early voting has taken place…with rather stark results.

"More voters than ever cast ballots on the first day of early voting before a Georgia primary, with turnout nearly twice as high as the start of the 2020 primary.”

Writer Jumi Bello was set to have her debut novel, "The Leaving," released this coming July. The publisher Riverhead Books, however, pulled the release as a result of portions of the book being plagiarized. On Monday, Ms. Bello wrote an essay in Literary Hub entitled "I Plagiarized Parts of My Debut Novel. Here's Why," but now that essay has been taken down and is no longer available for reading.

It turned out Bello also plagiarized segments of her essay. The best – the outlet she plagiarized from was…Plagiarism Today.

"It’s a moment that even 16 years of work in this field did not prepare me for. To be honest, even as I write this, I am still confused trying to figure out how to approach this both intellectually and emotionally."

Annnnnnd, here comes the latest bout of media distemper over the possibility of repeal to Roe v. Wade. USA Today wanted to deliver an essay about those who could become most affected by the repeal.

Those would be "People who are pregnant or recently gave birth…" The good news is they at least waited until after MOTHER'S DAY before delivering this idiocy.

People who are pregnant or recently gave birth in areas lacking maternal health care already face a greater risk of death than mothers who live in areas with more robust medical access, research has shown.https://t.co/bmY4o4mb3N