Brad Slager
|
Posted: Aug 03, 2021 12:01 AM
Share   Tweet
The opinions expressed by columnists are their own and do not necessarily represent the views of Townhall.com. 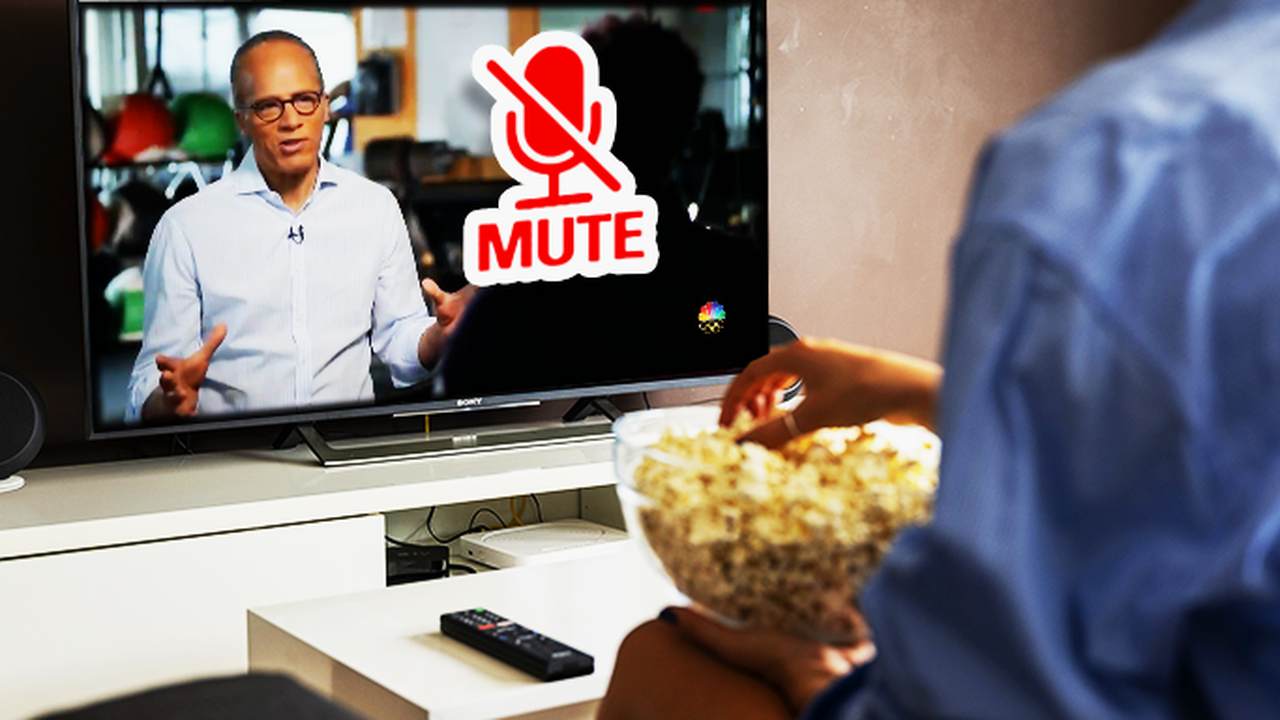 The Olympics have proven to be a bit of a ratings challenge for NBC, as the popularity has waned significantly. You might think that to help patch the numerous holes in the ratings that NBC talent might want to sell feel-good and uplifting stories in order to endear more viewers to the games.

Lester Holt instead thought it was a swell idea to sell the concept of national intolerance toward the athletes. In a profile about U.S. sprinter Noah Lyles, the NBC "Nightly News" icon directed their conversation to uplifting topics, such as Lyles being depressed over the condition involving Black Lives Matter.

- "You're hearing on the news every day that you're not wanted. And as an athlete who's trying to go to the Olympics and representing the U.S., you know, you love your country, but it hurts, even more, to see that the country that you want to support so much is trying to kill you. And it's really hard to get through that."

It needs to be noted that Mr. Holt delivers these personality explorations in his regular feature called "Inspiring America."

Noah Lyles has had Olympic dreams since he was 12 years old watching the Opening Ceremony with his brother.

He spoke to @LesterHoltNBC ahead of the Tokyo Games. pic.twitter.com/PSW4twA9qC

In a practice that began with Colin Kaepernick, the sports media has been in a perpetual struggle to complain about fans who may have a negative reaction to athletes lashing out at the country. Megan Rapinoe has become a media celebrity for her ongoing protest efforts at the women's soccer team games, and there are a number of journalists who are surprised to see people cheering when the women's U.S. National Team has played poorly at these Olympics.

Deep thinker Melissa Chen declares people rooting against the team is a sign of our national divisiveness; Rapinoe and her teammates who kneel for the anthem and criticize the country are NOT being divisive, is the lesson we have to guess.

Taking things further in their confusion was Katie Barnes of ESPN. Barnes simply cannot understand why anyone would have a negative opinion about the opinionated soccer star. Her stance is that since most people will never meet Rapinoe, their anger toward her is completely irrational. Well, bypassing the obvious – Rapinoe displaying disdain for the country – Barnes subverts her own position with this proposition. If it is unreasonable to harbor animosity because we will never meet Rapinoe, then it is also unreasonable to praise and support her for exactly the same reason.

Whew there are some people out there who really hate Megan Rapinoe. I will never understand why folks get so pressed over someone whom they will likely never meet and who has no bearing on their lives or livelihoods.

One of the uplifting stories of the Olympics has been Sunisa Lee, who stepped into the void left by the departure of Simone Biles and won the women's all-around gold medal. Lee is a descendant of Laotian parents, so Kimmy Yam of NBC Asia declares that this was less a victory of American greatness but of the community that she was raised in, almost despite the U.S.

- "Lee's Olympic gold isn't about meritocracy in the U.S.: It's a reflection of the resilience of Hmong Americans. Experts say both the struggles and achievements of the Hmong community, an ethnic group with origins in Southeast Asia, have long been shrouded in decades of model minority stereotypes attached to the greater Asian American diaspora. So Lee's win is far more than another addition to the nation’s medal count."

Only problem; all the evidence she presents does speak to the U.S. making all of this possible. The individual she references manages to only rave about the excellence of this country.

Well, do not take the word of the expert cited – Ms. Yam knows what the case is behind the Lee victory.

Lee’s Olympic gold isn’t about meritocracy in the U.S.: It’s a reflection of the resilience of Hmong Americans, a predominantly refugee community, as well as her own, experts said.https://t.co/H8T1AeEGTc

Sure, Osama Bin Laden orchestrated terrorism across the planet and inspired violence leading to untold amounts of deaths, but that only tells a part of his story. Osama was kind of a swell father and doted on his numerous wives – when he was not hiding behind them during raids to capture him.

This looks like it was written by the @TheBabylonBee. However, it is sadly a story for @Not_the_Bee https://t.co/ahdWHj6BdK

Both Kinds Of Standards – VARIOUS OUTLETS

The press has been in a regular cycle of full-throated histrionics over comments made by Minority Leader Kevin McCarthy about Nancy Pelosi. McCarthy was at a fundraiser, and when he referenced the midterm election and a probable GOP takeover of the House, he said of his possible rise to House Speaker that, "it will be hard to not hit Speaker Nancy Pelosi with a gavel."

While journos clutch pearls and there are calls for an apology from McCarthy, there seems to be no such reaction about a Democrat saying things of an equally extreme fashion. When news came out that Lindsey Graham tested positive for Covid-19, Kate McCoy, Chief Strategist of the Rhode Island Democratic Party, gave notice that there was hope for Graham to pass away from the virus.

While she did recant her comment, notable is that there were no media outlets declaring how her statement was emblematic of the inhumanity of her party, as was suggested with McCarthy.

The de facto executive director of the @RIDemParty apparently wants #SCSEN @LindseyGrahamSC to die of coronavirus.

On ABC, the network has been eager to ramp up long-delayed television productions, waylaid due to the pandemic. Then, just as they are underway with one show, they get hit with another viral outbreak to close down the shoot, but not from Covid.

A giardia outbreak means that a summer release will not be seen for one of its game shows. It is a bit of tragic irony that the diarrhea outbreak will be shutting down the unfortunately-named "Ultimate Slip 'N Slide."

Exclusive: NBC's #UltimateSlipNSlide will not air at all this summer after giardia outbreak-forced shutdown https://t.co/T5LVJTddf0