The Rush to Blame DeSantis for Fatal Accident at Pride Parade

Brad Slager
|
Posted: Jun 20, 2021 12:01 AM
Share   Tweet
The opinions expressed by columnists are their own and do not necessarily represent the views of Townhall.com. 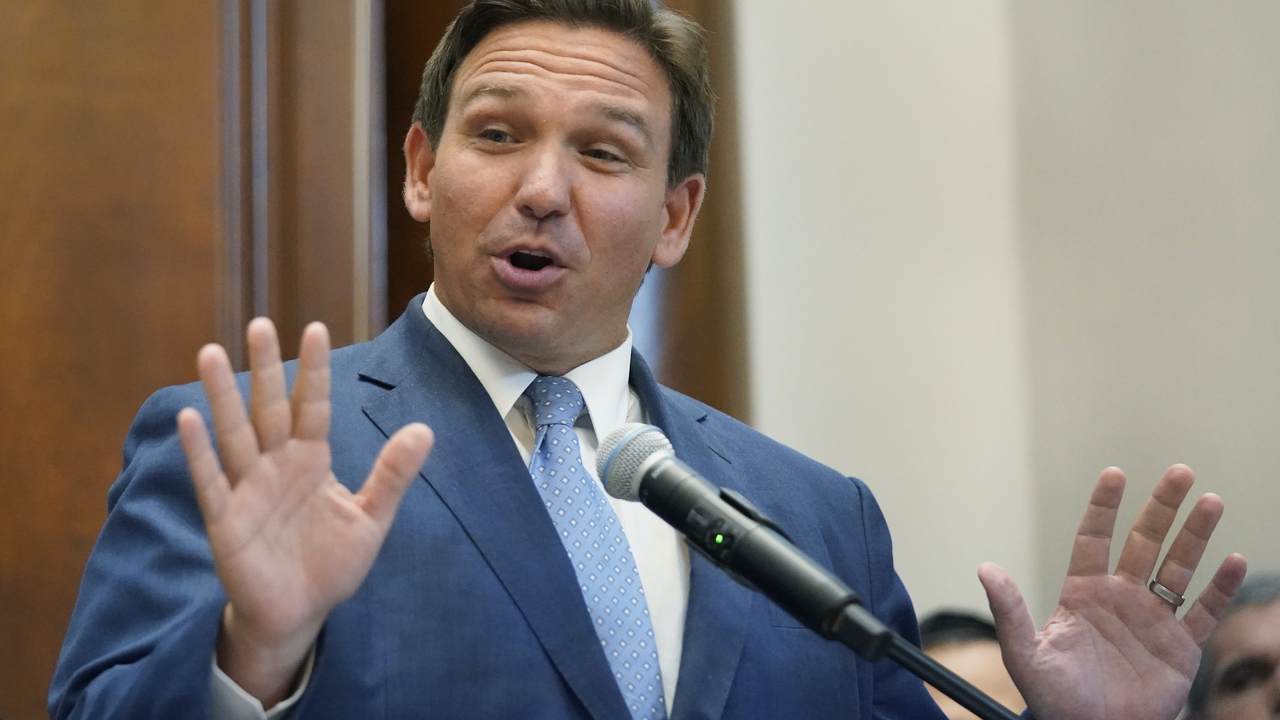 This is Townhall's daily VIP feature, where we will focus coverage on the deeply flawed aspects of journalism in the nation. We'll look to bring accountability to the mishaps, misdeeds, manipulations, malpractice, and manufactured narratives in the mainstream media.

On Saturday tragedy struck a Pride parade being held in a South Florida community. A pickup truck crashed into a crowd of revelers, killing one person and narrowly missing a vehicle with Florida political fixture Debbie Wasserman-Schultz. Ft. Lauderdale Mayor Dean Trantalis is quoted extensively that this was a targeted attack, and Governor Ron DeSantis is cited as the cause, as the article makes some bold assumptions in assessing blame for the incident.

- "DeSantis granted civil immunity to people who drive through protesters who are blocking a road. The incident at the Pride Parade was not a protest, nor was anyone illegally obstructing traffic.  Instead, someone who possibly thought that they had immunity potentially tried to kill a member of Congress."

But then something unplanned happened to blast the narrative into confetti – the facts arrived.

It turned out this was not a planned attack. It was not an attempt on Wasserman-Schultz. It was not inspired by the governor's new law, and it was not even the action of somebody protesting the parade. It was an accident caused by one of the participants.

- "Police took the man who was driving the truck into custody and were questioning him. He was wearing a Fort Lauderdale Gay Men's Chorus t-shirt. Justin Knight, the chorus' president, said through a spokesman, 'Our fellow Chorus members were those injured and the driver was also a part of the Chorus family. To my knowledge, this was not an attack on the LGBTQ community.'"

As this story continues to be falsely spread across social media, Politics USA has yet to issue any type of correction on the article.

Brian Stelter has been making the rounds doing PR for his book's trade-edition release, including curiously numerous stops at supposed news rival MSNBC. He was roasted a couple of days ago by Joe Rogan, and over at "The Five," they were discussing the takedown on their panel. Brian caught wind of this and took a few moments from his paperback pimping to comment on this response.

This is the man currently selling his book that is entirely centered on Fox News. Also, his newsletter, Twitter feed, podcast, and weekly show constantly rail about that network, while the supposed media coverage expert is barely uttering a word about any other outlet. He appears to be in the stage of trying to convince himself of this unreality rather than others.

Media fixture Dylan McLemore was traveling and delivered what was supposed to be a caustic comment about Fox News, tagging in Brian Stelter who dutifully retweeted the message, as it was concerning himself.

You buried the lede, which is CNN was not on the television at the airport. https://t.co/6g88n6Se2p

As this plays directly into Brian's bland boast that Fox is obsessed with him, there was a small detail the two yuck-meisters seemed to miss about this message.

You buried the lede, which is CNN was not on the television at the airport. https://t.co/6g88n6Se2p

It's one of the vexing realities of Twitter and Facebook that if one is to comment about a news item or make a joke at the expense of idiocy seen in the press, it becomes translated as  "Why are you so enraged?" In this fashion the scribes at The Independent took this approach when people dared have an opinion about the announcement of Victoria's Secret eliminating their Angels promotion and replacing them with a collection of activist names who are decidedly non-Angel in appearance.

The Independent saw the scoffing taking place and concluded that outrage was taking place. Not just regular outrage, but an elevated state of such, according to their headline. Conservatives are very angry Victoria’s Secret is "Going Woke." They Must Hate Capitalism. The article is a lengthy lecture to the Cro-Magnon thinkers on the Right of how this is a smart and business savvy move by the company, and that anyone who is cleaving to the old sexy standard of the company is trafficking in backward thinking.

Of course, this condescension is more than slightly undermined by the paper electing to generate clickbait and garnish their social scolding with a flashy picture of one of those sexist examples of The Angels.

While few were debating that the Covid outbreak and the ensuing shutdowns led to challenges and problems for many, over at CBS they made a rather curious declaration: Teachers had it tougher than most others.

- "A much higher percentage of teachers reported frequent job-related stress and symptoms of depression compared to the general adult population, in part because they were navigating unfamiliar technology and struggling to engage students, while also having concerns about returning to in-person instruction amid a pandemic."

It is rather obvious that most people would lean towards medical workers as having some particular challenges and stresses, along with frontline workers and possibly even those dealing with the public in necessary services. One other reason that the teaching profession could be regarded further down the list is how frequently we saw union officials working hard to keep schools closed and have teachers remaining at home.

One of the recent debates raging in Washington surrounds Joe Biden – and other Democrats – having their Catholic faith running in opposition to their political motivations. Nancy Pelosi was challenged with the question earlier, and now there is a question as to whether Biden should be permitted to participate in the Eucharist.

The discussion concerns Biden's very vocal support of abortion, something that is in direct defiance of church teachings, and as a result, there is talk that such a position should keep Biden from participating in communion observances. In his defense, the Washington Post gives a lengthy profile touting his devout bona fides.

This is quite the departure for the mainstream press, who spent much of the past four years describing any politician with an evangelical leaning to be a stunted thinker and a threat to our democracy. Today, though, religious fervency is a positive character trait.

The president is an observant Catholic — regularly attending mass, crossing himself and using rosary beads.

He’s also a liberal, and that’s stirring up the Catholic bishops fighting cultural battles within the church. https://t.co/RERwF1oVTF