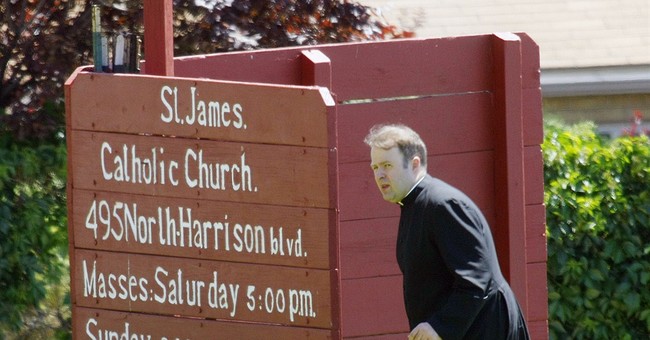 Trending
Relentless.  His jabs at Christians and Christian institutions are absolutely relentless.  During a speech in Northern Ireland for the recent G-8 Summit, Barack Obama attacked Catholic and Protestant schools and churches (he said "buildings") for encouraging "division." Here's the quote:

If towns remain divided - if Catholics have their schools and buildings and Protestants theirs, if we can't see ourselves in one another and fear or resentment are allowed to harden - that too encourages division and discourages cooperation."

Why only Christian "schools and buildings"? How about Islamic schools and mosques? Seems like at least a few of them have sown more seeds of hate and "division" than just about any other place on the planet over the last generation or so.
Secularization of the society is a pillar of the radical left agenda.  Weakening, even eventually destroying the institutions of faith is their objective, and Barack Obama is the left's chief operative and standard bearer.

Here's a Three-Word Policy That's Been Effective in Stopping School Shootings
Matt Vespa
Pennsylvania Orders Recount in Contentious GOP Senate Primary
Spencer Brown
Biden's FDA Feels the Heat from Democrats and Republicans
Katie Pavlich
Democrat Wishes ‘Terminal Cancer’ on Republicans Following Uvalde Shooting
Sarah Arnold
Here's the Only Red Flag We Knew About the Texas Shooter...But It Wouldn't Have Made a Difference
Matt Vespa
World Economic Forum Treated The Rest of Us To Quite The Lecture By None Other Than John Kerry
Rebecca Downs