Bob Barr
|
Posted: Aug 07, 2019 12:01 AM
Share   Tweet
The opinions expressed by columnists are their own and do not necessarily represent the views of Townhall.com. 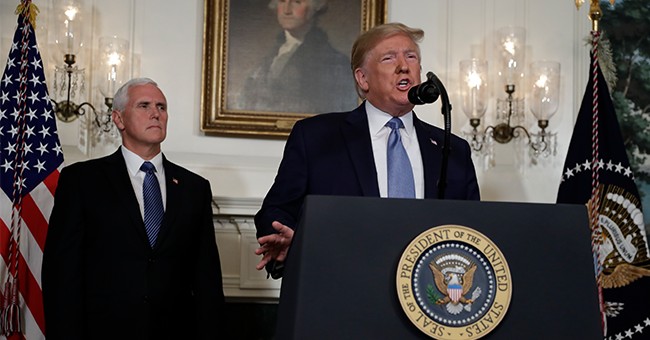 The dual mass shootings last weekend exposed two uncomfortable truths. First, there is a cancerous undercurrent of extremism in our society; and second, this phenomenon is not relegated to one side of the political spectrum or the other. In El Paso, the shooter killed in the name of white supremacy. In Dayton, the killer previously praised the violence of Antifa.

Law enforcement agencies and legislative bodies at the federal, state, and local levels now must address whether new authorities are needed, more funding made available, or simply better enforcement of existing powers required; in order to cope with the rising tide of murders that affect families and communities from Chicago to Texas and from California to Baltimore.

But there is a vital role political leaders can and must play, in addressing the extremist and violence-oriented thinking that clearly is grabbing the minds and hands of far too many American men.

Trump’s initial address to the nation Monday in the immediate aftermath of the El Paso and Dayton rampages, was appropriate -- as a first step.  The brevity of the statement was fitting; his visits to the cities-in-mourning respectful and proper.

What follows in the coming days and weeks, however, is far more consequential and important, and can emanate only from the Oval Office – a forceful and unequivocal denunciation of extremism in all its horrible visages, and especially white nationalism.

It should not have to be said, but it does -- there is absolutely no place for white nationalism or racism of any kind within the conservative movement or the Republican Party at any level.

For too long the GOP has turned a blind eye to the troubling resurgence of this odious movement; perhaps hoping that by not drawing attention to it, it would quietly go away. We see now that is not the case.

Even though race-motivated mass violence is still a statistical rarity in spite of the headlines it grabs, the cohorts of individuals responsible for the radicalization of the killers like those in Charleston, Gilroy, and now El Paso, continue to spread. Worse still, while these individuals may loath the current GOP and even Trump, through their warped lenses they may see the Republican Party as the vehicle by which to hitch a ride to a more prominent role in society.

The Democrat Party has to contend with its own violence-oriented hangers on, such as Antifa; but the prominence of right-wing extremists and white nationalists in the context of recent mass shootings, is a curse that needs to be addressed specifically and urgently.

Trump must no longer ignore those who use his brand as a cloak for their ignorance and hatred; they must be told in cold, hard, unmistakable terms that they no longer enjoy safe harbor. He must build on his recent statement, and rebuke white nationalism for what it is -- an ignorant, collectivist mindset that is wholly antithetical to our Founders’ precepts of freedom and governance.

White nationalism will not make America great, and its followers should not expect to find an ally in this President or in any elected leader.

The President’s call for leaders from both major political parties to tone down the hysterics that surround virtually every political issue, is indisputably correct and timely.  And while the Right by no means bears the burden or blame for a political climate that incites violence, it can – and should – step forward and provide leadership out of the toxic bog in which both Parties find themselves mired.

Trump’s fiery demeanor is a large part of what brought him into the Oval Office; and his supporters neither expect nor should we want him to change his personality.  In any event, nothing Trump will say will find support in the eyes of any of the Democrat presidential wannabees, or in the view of most of their colleagues in the Congress or their enablers in the mainstream media. But those are not the audiences that matters.

What matters is that Americans everywhere hear a president whose words and actions (and Tweets) truly transcend the environment which birthed horrendous actions such as took place in El Paso and Dayton (and yes, also in Chicago) last weekend.  No one but the president can deliver that message.  No one but the president should deliver that message.  This is the speech we need. This is President Trump’s moment.