Bob Barr
|
Posted: Nov 01, 2017 12:01 AM
Share   Tweet
The opinions expressed by columnists are their own and do not necessarily represent the views of Townhall.com. 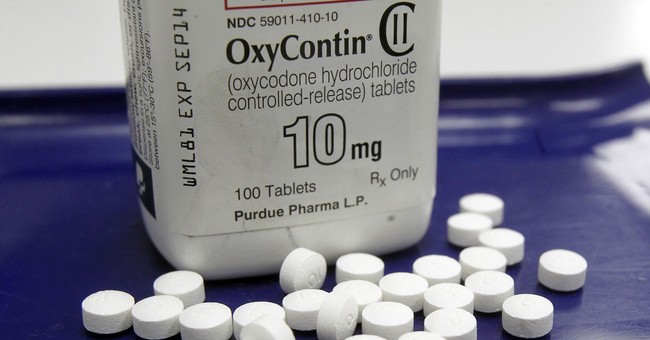 In the childhood fairy tale Snow White, the magic mirror from which the evil queen seeks reassurance of her beauty never lies, much to her ultimate fury. In a contemporary story - definitely not a fairy tale - an expert on opioid abuse is forcing the Congress to look into the mirror, and realize that it is to blame, at least in part, for the tragedy of opioid abuse that is ravaging our nation.

In many respects, the opioid epidemic is more insidious than other problems the Drug Enforcement Administration has confronted. For starters, there is no typical “opioid” user; addicts range from wealthy suburbanites to inner city poor. Nor does the distribution chain resemble anything like that of cocaine or marijuana. Manufacturers are not South American “narcos,” but Fortune 500 companies. Dealers are not carrying burner phones and standing on street corners, but instead, wear stethoscopes and run offices with full-time staffs.

For officials like Joe Rannazzisi, who once spearheaded the government’s efforts to fight opioid abuse at the DEA, the challenge was immediate and immense. He took action, and it cost him his job.

Last month, Rannazzisi was interviewed on the CBS flagship program 60 Minutes as a part of a joint investigation with the Washington Post into America’s opioid crisis. Rannazzisi painted a disturbing picture of how multi-billion dollar pharmaceutical distributors diverted hundreds of millions of opioid prescription pills from manufacturers to so-called “pill mill” pain clinics, which serve as fronts for unscrupulous doctors to write fraudulent prescriptions. When prosecuting individual providers proved ineffective, Rannazzisi relied on the DEA’s regulatory power to investigate and fine distributors. These companies are required by law to make a “good faith effort” to report suspicious orders to the DEA so action can be taken; instead the companies often just look the other way rather than risk cutting off the money spigot from such sales.

For a time, the Rannazzisi strategy was effective; resulting in huge fines against some of the opioid industry’s largest players. Unfortunately, his efforts also drew the industry’s ire, precipitating a lobbying effort designed to convince conservative members of Congress that the DEA was interfering in the free commerce of legitimate business. Eventually, says Rannazzisi, even his superiors at the DEA started to push back on his team; and the number of cases being pursued plummeted, even as opioid deaths continued to rise.

The final straw came in 2015, when a bill written by a former DEA official then working for “Big Pharma,” raised the standard of proof required by the DEA before it could investigate suspicious orders, to a near-impossible level. The primary sponsors were Tom Marino (R-PA) in the House and Orrin Hatch (R-UT) in the Senate.

Objections by the DEA and Rannazzisi himself were insufficient to match the $102 million spent lobbying Congress; the bill passed both Houses last year by unanimous consent and was signed without publicity by President Obama. Rannazzisi by then had retired after a 30-year career at the DEA after a heated exchange with Marino and Rep. Marsha Blackburn (R-TN) led to accusations he was attempting to “intimidate the United States Congress.” Coincidentally (or, perhaps not), both Blackburn and Marino received sizeable donations from pharmaceutical distributors that year.

In the end, it was Congress that proved to be the DEA’s biggest foe in slowing opioid diversion and abuse. “If it had been the intent of Congress to completely eliminate the DEA’s ability to ever impose an immediate suspension on distributors or manufacturers, it would be difficult to conceive of a more effective vehicle for achieving that goal,” Chief DEA Administrative Law Judge John J. Mulrooney II will state in an upcoming Law Review article acquired in advance by the Washington Post.

There is, of course, a line that must be drawn that prevents the government from directly interfering with, or limiting, the ability of doctors to treat patients with a pain management regimen best for the patients; and, prescription opioids have proven to be one of the best options for such treatment. However, there is a clear difference between bad legislation that hamstrings healthcare providers and the Marino bill that effectively robbed the DEA of any ability to uphold what was already the law targeting drug distributors.

The opioid epidemic is not going away on its own. The National Institute on Drug Abuse reports that nearly 80 percent of heroin users today first abuse opioid prescriptions obtained primarily by family, friends, or personal prescriptions. It is a vicious spiral that can only be broken by a multi-faceted approach. Accomplishing this, however, is being made needlessly more difficult by congressional actions such as the 2016 bill that hamstrung the DEA’s regulatory arm.