“Cecil” The Lion For President 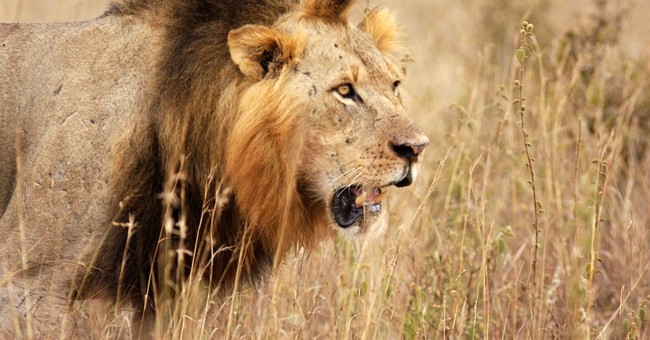 Until a few days ago, Dr. Walter Palmer was just a successful dentist from Minnesota who had a passion for trophy hunting; a highly regulated and extremely expensive sport. His most recent hunt took him to Zimbabwe, where he shot a male lion during a hunt with a licensed hunting guide. It was only when word of Palmer’s hunting success spread that the dentist discovered just how quickly and completely the Internet can be used to destroy a person.

Overnight, Palmer’s prey, a lion dubbed “Cecil” by local Zimbabweans, became the latest Internet celebrity victim and Palmer the most recent Internet demon, with his profession shattered and his very life threatened.

Just as savvy politicians have learned to use the Internet to their advantage -- either as a club to bludgeon opponents or as a vehicle to boost their own image – special interest groups are turning to this medium to launch attacks against their enemies. More often than not, as in the case of Palmer and Cecil, the attacks are based not on understanding and facts, but on emotion, ignorance and deliberate misrepresentation.

In Africa (and elsewhere), trophy hunting is widely accepted as a viable form of conservation; one that helps protect and reintroduce certain species of animals, even as it raises significant funding for further conservation and to support local and national economies. These facts, however, did little to temper the fury of the today’s Internet-driven mob-justice as it stalked and hunted Palmer in both the virtual and the physical worlds.

As Palmer fielded death threats to his person and his business, tens of thousands of people – the vast majority of who likely had no background whatsoever in hunting, conservation, or the law -- signed onto an online petition calling for Palmer’s extradition to Zimbabwe. To these zealots, Palmer might just as well have committed a heinous war crime as to have engaged in a big game hunt.

The now all-too-predictable, virulent campaign against Dr. Palmer is but the latest example of a disturbing and expanding dark side of social media; one that paints an unflattering picture of who we are becoming as a people – quick to judge, eager to convict, and ruthless in meting out punishment.

The proliferation of social media sites, and the “always-on” nature of Internet connectivity, means any event can become global news in an instant. While in years past and in the world of traditional news cycles, reporters had a chance – indeed, an obligation -- to gather facts and seek expert analysis, today’s “breaking news” is subject to dissemination by virtually anyone at any time, before facts are known. It is a recipe ripe for abuse by agenda-driven organizations always ready to seize on a tragedy to move their agenda forward, regardless of who might get hurt in the process.

To fit the social media model of consumption, complex events are distilled down to simple headlines and pictures without meaningful context or factual basis. These “sound bite” stories are then interpreted and spun by “influencers” with special (often mean-spirited) agendas, who rebroadcast this “news” to their mass followings, and which then is further parroted across the electronic echo chamber.

In this universe, it is the amount of “buzz” rather than the degree of substance that provides the measure of “value” to these stories; just as it is how many “likes” or “friends” you have, not their quality, which defines your worth in the Internet-fueled world in which an increasing percentage of our society lives. Thus, an unimportant actress-comedian from Australia, Rebel Wilson, becomes “trending” news for doing nothing more than issuing inane calls for greater U.S. gun control in response to a shooting halfway around the world in Lafayette, Louisiana. And it is how a respected oral surgeon from Minnesota can, in a matter of hours, become an international villain for accidentally shooting the wrong African lion.

It is here, where the Internet’s self-appointed moral magistrates circle overhead like vultures waiting to feed on the victim(s) of the Internet’s latest “moral outrage,” that a disturbing picture forms about what we as Americans have come to value as worthy of our time and attention. As social media grows as a primary source for news and information among Millennials, we can expect to see more “stories” such as Cecil the Lion masked as news, but really serving as camouflaged advocacy campaigns.

Fewer and fewer citizens can name their home state senators; but more and more know – or think they know – who Cecil the Lion is. Maybe he ought to join the team of GOP presidential aspirants.